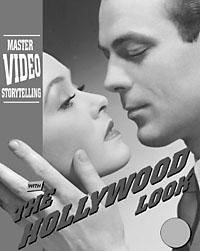 There is a hush that falls over a crowd when a classically shot movie appears on-screen. It’s that same hushed anticipation that hovers around the campfire when someone says "Once upon a time …" as we give our full attention over to being entertained. The movie-maker’s storytelling magic is a carefully honed craft called the Hollywood Look. Wedding videos, vacation highlights and corporate presentations can all benefit from the classic techniques of the silver screen.


Anyone, no matter what your level of experience, can achieve the Hollywood Look by using subtle techniques. Every shot and every edit must count. Hollywood relies on enormous sums to achieve "production value" but for you, the only requirement is your careful eye. With this article, you’ll learn what these techniques are and how to use them to create a classic video.

A master videographer does not create a classic video by stringing completely unrelated items together, any more than a journalist writes a prize-winning story full of nonsense words. Because video is so realistic, we tend to forget that it’s a complex language of pictures instead of words. When we collect all of our video from an entire day of shooting, we usually have random shots strewn across the tape. Played back "as is," our video is just as confusing, and just as boring, as a sentence composed of nonsense words. What’s the solution? A plan.


Every time the camera rolls, it should be adding another shot that will continue the logic of a particular sequence. Like structuring words to make a sentence, each shot suggests the ones which come after it.

Shoot to Edit, Edit From Your Shots

Your video could be about anything, but you’ll have a specific idea to convey in each scene. Rather than pedantically inform your viewers, you can engage them in small dramas throughout your video. You’ll be entertaining them, and helping your information stick in their minds.


Let’s imagine a specific situation: You need a scene in your video which shows ABC Machining responding quickly to a customer’s need. A machinist, John, will give the company a human face. You could show John working away while a voice-over narrator tells the audience how quickly he and the company responds to the customer’s needs. This is easy to shoot, easy to edit, and ultimately boring for the audience.


If you’ve got a little more time, why not tell the audience a story? It’s 4:45, and John looks ready to head home soon. The shop phone rings, and John quickly jots down some information on a pad. A customer needs a part machined, and it’s an emergency. John efficiently mills the part, and hands it to the customer as he enters the back door. A job well done has taken John until 5:25, but the customer is happy and John is proud. He switches off the lights and heads home. The Hollywood difference comes from thinking not just about the shots, but how they fit together.

By organizing your shots in a visually narrowing sequence, you give your audience a chance to get oriented in the location and your story. In our machinist video, an establishing shot for this sequence could be the exterior of ABC Machining, with the sign clearly visible, or a wide view of the shop floor itself. Once the audience understands where we are, a medium shot tells them who or what to look for, and lets the camera follow the line of sight easily. Reserve closeups for really important points you want to make. In this case, we would need a series of three closeups: the clock nearing 5:00, the ringing phone and John’s startled face would tell the audience all of the details needed to set up the drama.

Screen direction isn’t about directing; it’s about which way your characters are headed within the frame. If you want to ensure that John is making progress, show him moving in the same direction in every shot. If he enters from the right side of the frame and moves across to the left, every following shot in the sequence should have John moving from right to left. Even if you shoot these parts in separate places, by always moving from right to left you can create the sense that John is moving in smooth succession across the plant.

In the Cutting Room

If you are shooting your tape with the intention of editing, you have some choices to make at each cut. Remember to let the camera roll for at least 10 seconds before and after each shot, leaving you room to move the cut in the editing room.


Unless you want to jar the audience, each cut should fall at a spot where the rhythm of your sequence isn’t disrupted. The best trick of the trade is called cutting on action. By looking for movement in the frame, and matching it from your first shot to your second, the audience won’t even notice that you’ve changed the camera angle.


When John answers the phone at the beginning of our sequence, a string of quite disparate material must flow together smoothly and intelligibly. From a close-up of the phone, John’s hand moves in. As he grasps the receiver and begins to pick it up, we could cut to a wider shot of him on the phone. By cutting into the wider shot at the moment when he lifts the receiver, we smooth over any disruption in the sequence. This wide shot could at the same time reveal the clock in the background. To establish the importance of the clock to John, we cut in to a closeup of his face. His eye flickers for a moment towards the wall. That is the moment we cut to a closeup of the clock. By cutting on John’s action, he has directed our attention to the clock, and made a smooth transition that isn’t jarring to viewers.

Cutting on the Beat

Cutting your shots to match the beat of the background music helps establish a rhythm to your edits. To accomplish this, you’ll need an editing system that supports both time code and A/V dub (the ability to copy video without destroying the existing audio, and vice-versa). You’ll lay the music down for your edited tape first, later making sure that each new clip begins at the moment of the beat in the music.


Accomplishing this in a two-finger edit between your camera and VCR without an edit controller is very difficult. Even if you could punch the pause button at precisely the right moment, you’d have to take into account your record deck’s pause-to-record delay. Also, if you have a decent-quality editing deck, it’ll probably want to execute a pre-roll before each edit to make sure the tape is up to speed before the recording begins.

Cutting to the musical beat is even easier with a nonlinear editing system. You mark the beats of music and simply drag and drop your new shots onto a timeline to match the tempo of the soundtrack.


The visual beat is akin to the beat in comedy–a little dead spot which lets the previous picture (or joke) sink in. Unlike cutting on action, you look for the little dead spots between motion. At these breathers, you can cut away to anything (related or not). Because there is a momentary break (the "beat") the audience does not expect motion in the current shot to continue. This is as useful for documentaries (where you mix a lot of different material) as it is with drama (where you need to control pacing and flow of the story).


Aside from these more subtle bits of Hollywood "grammar," there are a number of other "words and phrases" that can help you tell your story. Below is a list of some of the most common (and useful) "phrases" at your disposal:

In the middle of a production, a fade in is akin to the beginning of a new chapter; substantially different material will follow what came before.

They lived happily ever after (or The End).

Again, in the middle of a production the fade out to black lends closure, like the ending of a chapter.

Along that same thought …


The dissolve between two pictures, whether they are different or not, gives them a spiritual connection.

While at the same time …


Cutting between two different storylines gives the sense that they are happening at the same time. Often when two stories are going to collide shortly, intercutting will heighten our expectation.

The tricks of the Hollywood Look can make your work appear seamless and classic–and that’s no illusion. It’s up to you; speaking to your audience in the storytelling language they understand will guarantee that they understand your message.