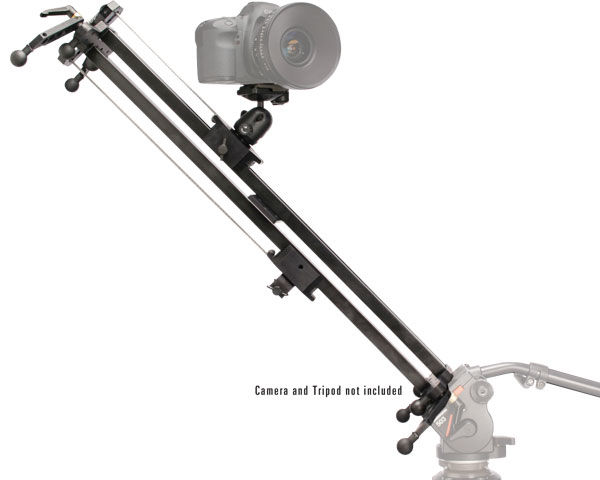 At first blush, most slider dollies seem too small and simple to be of much use to a professional cinematographer. However, just about anyone who has shot with a slider dolly even once can tell you how surprisingly useful they can be. The reason is due to their lightweight and simple design. Instead of having to lug around multiple bags full of dolly and track gear, slider dollies can be mounted right to a tripod you already own. This allows cinematographers to save money on equipment and be quick and versatile since they only have to set up a single piece of gear.

Features like these already make slider dollies like Cinevate’s Atlas 10 FLT enticing for cinematographers, but like any good company, they’ve included more than just the standard fare of features. We’ll look at each to see if they give Cinevate’s new offering the edge.

In Greek mythology, Atlas was an ancient Titan who was sentenced by Zeus to hold the entire heavens upon his shoulders. Not an easy task. In the same way, Cinevate’s newest slider, with the same name, has the unenviable task of having to handle both the stress of the environments that shooters find themselves in – and the weight of their gear. This is where the Atlas 10 FLT shines. Cinevate has dressed the Atlas for success by building it out of tough CNC milled aluminum and steel. This not only makes the Atlas sturdy, but gave us confidence that the product would be around as long as our camera would.

In true professional style, the slider had a non-reflective, black satin anodized finish for stealthy operation and a dual-rail linear bearing system for smooth operation.

We were also happy to see that the slider included a nylon lock for a damage-free way to transport the slider without having the dolly sled move, a standard 3/8-inch mount for attaching almost any tripod head, and the ability to choose either a 26-inch rail system or 35-inch for longer dolly and truck moves. We reviewed the 26-inch rail system and found that it was more than adequate for about 90 percent of our dolly moves, making the dolly a handy product to have on any set.

Of all the improvements made to Cinevate’s newest slider dolly package, the most dramatic would have to be the vertical kit. For an optional $419, and $179 for the counter-weight, you can mount the slider vertically for short jib moves without having to buy thousands of dollars worth of jib or crane equipment. The vertical kit works by attaching a rope and pulley system to a counter-balance that slides along the opposite side of the dolly sled. Though the rope felt a little out of place on such a solid piece of equipment, we found it easy to attach and found that it worked surprisingly well.

The counter-balance is a hollow box that can be filled with sand or water in order to balance the weight of the camera. This proved to be a very useful feature as it kept the weight down when traveling with the entire unit. When we got to our shooting location, we simply tossed a water bottle into the hollow box to balance the camera, and we were on our way.

Though this is a great feature, we did find the amount of time it took to attach the kit to the Atlas to be very consuming. Cinevate kindly thought to include Allen wrenches to allow you to attach the vertical kit (and save some cash in the process), but we wish it would have simply required a couple of thumbscrews to mount instead. However, it is possible to keep the vertical kit together and still get horizontal dolly shots if you won’t be mounting the unit to a tripod, so for some shooters, this may not be such a bother.

The All Terrain Legs

The other great feature of Cinevate’s new design is its all-terrain legs. These legs attach to the end of the rail unit and are very easy to adjust using a simple lock. They also have grooves in order to make the lock on the legs less susceptible to slipping and are made of the same high quality CNC milled aluminum that the rest of the kit is made of. We found the legs to be very useful in balancing out the unit on almost any surface.

For more minute adjustments, the all-terrain legs also came with an additional set of urethane micro adjustable ball mounts. By simply twisting the mounts away from the legs we were able to fine-tune the positioning of our legs making for even movements on almost any terrain, even grass. Additionally, due to the non-abrasive design of the ball mounts, any surface we placed the unit on came away scratch free – a useful feature when filming on delicate surfaces.

Putting it to the Test

If a slider could magically float on air, was as light as a feather, and could be set up instantaneously, it would still be worthless if it couldn’t move smoothly. We found the Atlas 10 FLT to be one of the smoothest slider dolly’s we’ve tested to date. No matter how much weight we had on the system, it still felt as if the camera was floating in our hands as we moved it back and forth along the rail system.

We did, however, find the linear bearing system to be overly smooth at points. Even the lightest touch could surprisingly send the unit down the track. We felt we needed an easier way to introduce some resistance to the movement for softer stopping and starting, much like the way a fluid head on a tripod works.

Even so, we’d much rather have a smooth rolling dolly than one that’s chunky and halting, so we found the Atlas 10 FLT to be a great addition to Cinevate’s already great line of slider dollies.

Every professional is looking for a slider dolly that can take a beating on the road, is easy to set up, and moves as smooth as a hot knife through butter. Though there are no sliders that can claim all of those features, the Atlas 10 FLT comes very close. For the features and the price, the Atlas 10 FLT is tough to beat.

Load Capacity: Up to 20 lbs

With its extreme versatility, carefully machined aluminum and sleek design, Cinevate’s Atlas 10 FLT is an incredibly useful piece of gear. 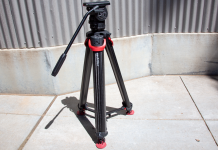 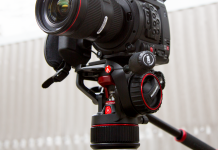