We’re all familiar with the truism that poor video may be forgiven as long as the audio is great, while the best video will suffer if the audio is lousy. Whether short film or feature, Hollywood blockbuster or local independent, the quality of your audio will make or break your production faster than any other single component.

Today’s cameras produce better images than ever before but usually are lacking in the onboard audio department. You could invest in a prosumer or professional level camcorder complete with XLR connectors, as well as a high quality shotgun mic, boom pole and loads of cable. But what if you either haven’t got the budget for such items or you already have a consumer camcorder or DSLR? It shoots great video but the audio stinks; how can you capture audio with quality to match the images your camera produces without breaking the bank?

That’s where the Zoom H2n by Samson Technologies comes in. These guys are breaking new ground on a budget and for a couple hundred dollars you can capture fabulous audio to go with your awesome images. 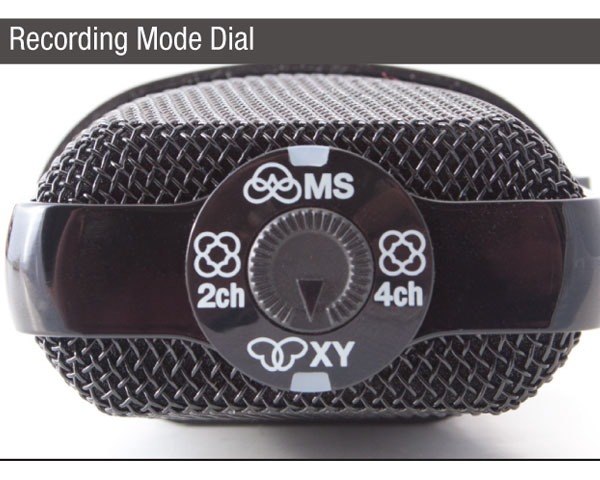 Oddly reminiscent of Robby the Robot from Forbidden Planet (for you older videophiles out there) the Zoom H2n is black in color, sleek in appearance and fits very nicely in the palm of your hand. Largely plastic, with a black metal mesh surrounding the five microphone capsules, it is an attractive, well-designed piece of equipment. The bottom front is home to the LCD screen, recessed into the body for protection. Directly below the screen is the record button – effectively minimizing the possibility of accidentally recording, or perhaps worse, pausing an important recording in progress.

The left side of the H2n houses a line-in jack, volume control, jacks for a remote and line out/headphone jack, as well as a USB 2.0 port for connecting to your computer. Along the right side are the menu button, rocker/push button for playback control, menu selection and navigation, the hold/power switch and an analog mic gain wheel (wisely located under a plastic cover for protection and to minimize any accidental adjustment.) The base of the unit contains the SD card slot and a 1/4″ tripod mount. Mounting the unit to a tripod or directly on the camera is advisable in order to minimize handling noise. A built-in speaker on the rear of the H2n allows you to monitor your recordings on playback.

At the top of the recorder is the microphone selection dial. The H2n contains five mics with four different recording configurations for maximum versatility. The dial is flat on top of the unit and a little difficult to manipulate as it requires a fingernail pushing against a slightly raised arrow to turn it to the desired position. Dial positions include XY, MS, 2ch and 4ch. XY mode utilizes the H2n’s 90-degree X/Y stereo mics which are situated along the same axis. This positioning maintains an equal distance between mics and source and results in beautiful stereo recordings with excellent depth.

The first to include Mid-Side (MS) stereo recording, the H2n brings a new level of functionality to portable audio capture. The mid mic records sound unidirectionally from the front while the side mic captures sound bidirectionally from both sides. For increased flexibility, the level of the side mic is adjustable. Something akin to barn doors on a studio light, this allows you to narrow or broaden the width of the stereo field. For even greater flexibility, you can record in RAW mode and play with the stereo width and other properties later in your audio editor.

Excellent 2 or 4-channel surround sound is achieved by using the X/Y and Mid-Side microphones together. 2-channel mode combines everything into a single file while 4-channel records two separate stereo files, one X/Y and one MS. This gives you maximum flexibility and control in editing. 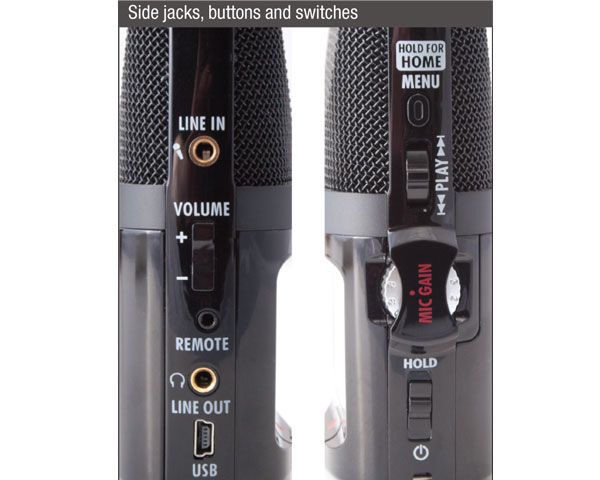 The H2n is incredibly easy to use. Slide the power switch to on, set the desired recording mode, press the record button and you’re sure to get some excellent results. If you want to tweak things a bit, you can go into the menu and take advantage of the built-in lo cut filter, compressor/limiter, auto gain, choose between WAV and MP3 recording at various sample rates and other functions. Also, to protect your precious data in the event of a battery loss or other sort of power failure, the H2n has a new data recovery system that restores your data the next time the unit is powered up.

Ultimately, the question is, “Can the H2n’s quality and performance live up to its slick appearance and high expectations?” The simple answer is a resounding, “Yes!” Whether novice or pro you’ll be glad to have the H2n as part of your audio arsenal.

Built-in Memory: Records up to one minute in 96kbps MP3 format

For budget friendly, uber audio, check out the Zoom H2n by Samson.