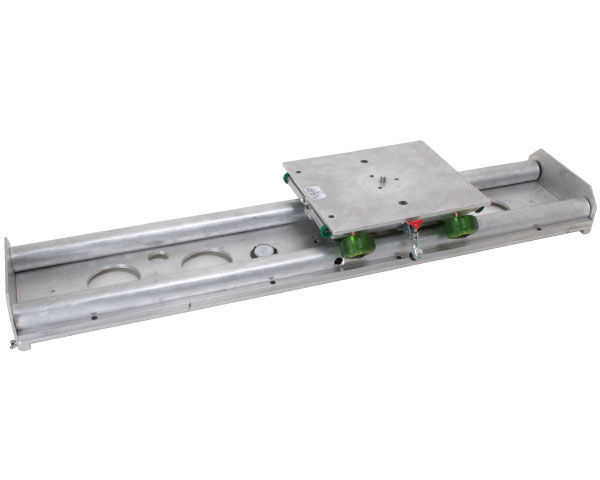 We received the tommy-TRACK, a tripod mounted tube dolly system from Green Mountain Video, at our Videomaker headquarters recently. We were skeptical at first but after using this rig for over a month on several of our tutorial based DVDs as well as several other productions, it has proven to be a valuable tool for serious filmmakers or video producers looking to enhance their shots. 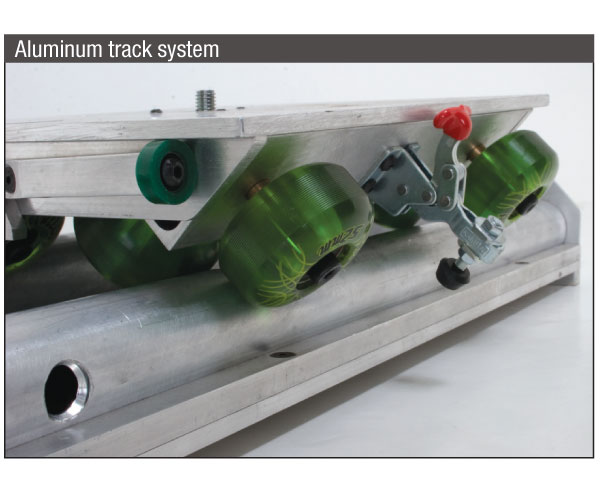 First things first, the tommy-TRACK is built like a tank. Made of aircraft grade aluminum and steel that is definitely built for a rugged production environment, the tommy-TRACK can last a lifetime. The tommy-Track consists of three pieces: the tommy-Carrier, TRACK-bed, and TRACK-bed bolt. The whole set up is not very heavy – but not lightweight either, weighing in at a respectable 21 pounds. With two key components, the 4-wheeled tommy-Carrier and 36″ long TRACK-bed, it is very easy to carry and makes for a system that can basically go anywhere a tripod can.

The tommy-TRACK set up is relatively easy and straightforward. It has several different ways to mount, with either one stand at the middle or two stands at each end, and has plenty of 1/4 and 3/8 inch mounting threads. We would recommend using heavy duty tripod legs and head as the whole rig gets quite heavy after adding a camera and some additional accessories. We made the mistake of putting too much weight on the track using one of our smaller capacity tripods which stripped the head. Once we mounted the TRACK-bed to our stand or stands, we used the built-in bullseye-style bubble leveler to level our shot. Then we placed the tommy-Carrier on the tommy-Track and shot away. The whole set-up doubled as a dolly and tripod which was really came in handy. Locking down the tommy-Carrier with the locking handles at various positions on the TRACK-bed made for a great tripod. Additionally, by moving the whole tripod a little further down the TRACK-bed, we could save ourselves the hassle of having to move our tripod.

Traditionally when we’ve used a dolly, it has required an extensive amount of set up time. However with the tommy-TRACK, set up was quick and easy. We put the tommy-TRACK through all types of situations including one we have all run into: uneven ground. Unlike traditional dollies, the track on the tommy-TRACK is elevated, so we were able to set up dolly shots in any kind of environment regardless of the hazards on the ground. This included shots on stairs, over rocks, on hills, over streams and even above water.

One of the biggest advantages of the tommy-TRACK is its size. With only 36″ of tube track, it is unobtrusive which is ideal for event environments or interview settings. We were even able to set up dolly shots in the back seat of a car and other tight spots painlessly. Most of all, because of it’s small size, we were able to roam around and grab our B-roll while eliminating the undesirable set up time. 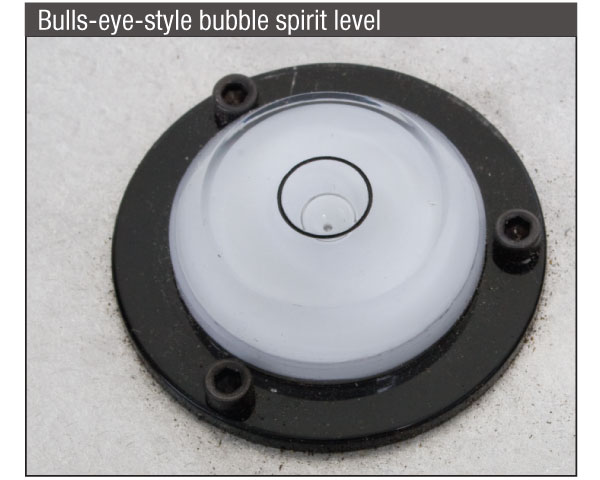 Whether we were indoors or out, on level ground or rugged terrain, the tommy-TRACK tube dolly system performed flawlessly. We were able to get the desired smooth dolly and trucking shots that just about everyone desires without having to shell out a ton of cash for a much larger set-up. The only complaint we had after several shoots is the beefiness of the rig. It is built like a tank and can become cumbersome to deal with at times. However, as big as it was, it was still not as cumbersome as laying dolly track down during a shoot.

After being used for over a month on location, outdoors, and in the studio, the tommy-TRACK proved to be a valuable tool for video producers looking to enhance their shots.

You can see the tommy-TRACK in action in several of our most recent tutorials.

For anyone looking to increase the value of their production, the tommy-TRACK is a great investment. It proved to be an extremely valuable tool in the studio and out in the field.