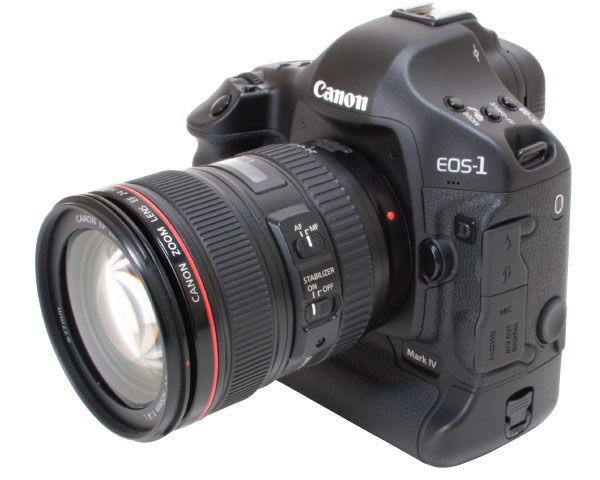 One of the most glaring omissions from prosumer cameras over the years has been a camcorder with a quality interchangeable lens system and shallow depth of field. While some may argue that this had already been possible with 35 millimeter adapter kits, it only takes a quick look at the sacrifice in light and productivity filmmakers have had to deal with to know that there had to be another way. For years, filmmakers have been eagerly waiting for some way to attach their popular high quality SLR lenses natively to their cameras without having to carry around heavy equipment, burn their talent with light, and most of all, break the bank. Enter video DSLRs. Even in the short period of time that video DSLRs have been available, they have improved rapidly, making huge strides in technology and design. In this pursuit, Canon’s EOS 1D Mark IV gets awfully close to finally getting everything in a video DSLR right. 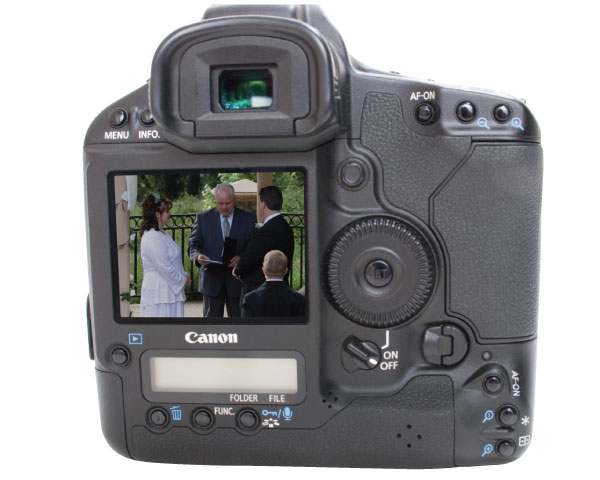 Being that the Canon EOS 1D Mark IV started out as a still camera for serious photographers, it seems only fair to review its still image functions first. In this particular category, the camera has a chance to show off the years of refinement that Canon has been able to put into their professional line of products. As a result, the camera has the ability to shoot highly detailed 16 megapixel images in either the popular uncompressed RAW or JPEG formats to its blazingly fast Dual Digic 4 processor. As an added bonus, with its large viewfinder and 920,000 dot LCD screen, framing up and focusing photographs was easy to accomplish. In fact, the entire camera body has been designed to fit neatly in one hand while holding either the lens or the bottom of the unit with the other. This, along with excellent lens-based optical image stabilizers, allow users to get very steady still and video shots. Interestingly, in our test with the camera, we found it to be more stable than what we were able to achieve with our newest high definition camcorder. Also, as an added convenience, Canon includes inputs on the side of the camera for an external flash control, wireless file transfer device, and an intervalometer. Additionally, the Canon EOS 1D Mark IV also has an array of external buttons and dials that allow you to switch to different ISOs, white balance, f-stops, and shutter speeds. 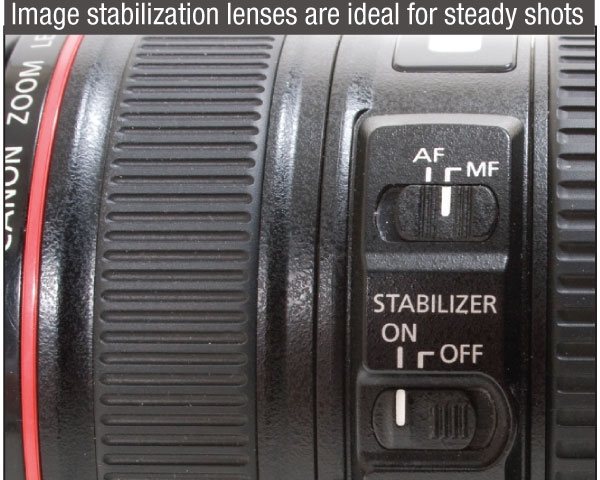 Almost as exciting as full HD is, the Canon 1D’s superb ability is to shoot beautiful images in low light conditions. With its large APS-H sensor size and noise reduction technology, the Canon EOS 1D Mark IV can shoot in the darkest of situations without having to sacrifice image quality. In our tests, we found that we could easily go up to ISO 1600 without any noticeable noise in the frame. With this kind of incredible range, Canon has finally given filmmakers the ability to shoot scenes without having to bathe them in light. As a result, Videomaker was even able to use the versatility of the 1D to its advantage in our most recent Basic Training Tutorial segments on movie genres with some fantastic results.

Another welcome feature of the Canon EOS 1D Mark IV is its ability to record to CompactFlash. What this means is that when the time comes to offload footage from the camera to a computer, the transfer will be faster than real time, saving filmmakers valuable time and money. On the other hand, filming to CompactFlash rather than tape means that in order to archive footage, one must either place the files on a hard drive or optical disk instead of being able to keep them on the tape they were shot on. Either way, both discs and hard drive memory prices are constantly becoming more affordable so in the future, this will probably not be a problem.

As great as this camera sounds, there is one feature that is noticeably absent. The Canon EOS 1D Mark IV, like the 7D has an audio auto gain feature that is not possible to turn off. Even with a wireless microphone plugged into its external mic jack, this made for very distorted audio as the feature often became confused about which noise to set its audio level to. Fortunately, this problem has already been fixed with a firmware update on the Canon 5D, so we hope it’s just a matter of time before this update hits the 1D. In the meantime, the built-in mic on the 1D really surprised us with its sound quality even in noisy environments, so thankfully all is not lost.

All things considered, for dedicated pros looking for film-like shallow depth of field and full 1080P recording, the Canon EOS 1D Mark IV delivers. This, combined with Canon’s series of proven lenses, gives this camera a real chance of making a huge impact on the filmmaking world.

With full 1080P resolution at 24 to 30 frames per second and low noise capabilities, Canon once again gives filmmakers a compelling reason to trade in their camcorders for a DSLR.