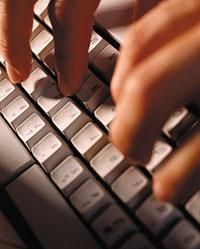 If you’re into serious post production, you already know the fundamentals of good titling; so let’s jump beyond the basics and consider titles as a creative component of your shows. A component considered as important as music or video footage.

Think of it this way: at a Broadway musical like Les Miserables, the printed program is just a throwaway whose only function is to acknowledge who did what. The overture, however, is part of the show. Its job is to set the mood, pump the audience, and get everyone in the right frame of mind for what’s to come. A good opening title sequence is like a theater program and overture rolled into one. While it rolls the credits, it sets the style and mood of the video and tells the audience what to expect. So let’s review the creative process of building a title sequence that launches the program while at the same time crediting its makers.


Step One: Decide What You Want to Communicate

What’s the mood of your show or at least, the mood of the opening section? A travelogue might be lyrical, a family compilation nostalgic, a birthday party cheerful, a love story romantic, an action program adventurous, a ghost yarn suspenseful. The mood you select will color every decision you make about titles from type face to pace to transition method. To use an obvious example, look at the type faces in Figure 1.

If mood is the overall feeling, style is the delivery system that creates it. Style can mean many different things, of course; here, we’re talking about three basic approaches to titling: minimal, narrative and what you might call overture.

Minimal credits (often seen opening Woody Allen films) are usually white titles that simply fade in and out in sequence over a black background. The type face is anonymous and often the sound track is dead silent. At first, the minimalist style seems as throwaway as a theater program, but it’s not. Instead, this style proclaims, "This is a serious artistic enterprise by and for sophisticated adults that eschews the vulgar frivolity of a title sequence."

A more common style is narrative: the story begins immediately with the opening credits superimposed modestly enough to reveal the action underneath them. Title timing and placement are important in narrative style credits; but the live action component is even more crucial. If the material’s too interesting the audience won’t notice the credits (perish forbid!); but if it’s too bland, it looks like the filler it is. (How many times have you watched someone driving a car through shot after empty shot under opening credits?)

Good shots for narrative credits show things about the story’s characters and situation but avoid introducing important plot points that the audience might miss while it’s reading titles. For example, Sloppy Joe scrapes a burger off his barbecue, flings it at an open bun, and watches it fall on the ground instead. Without even looking around to see if he’s unobserved, Joe picks up the patty in two fingers, wipes it on his shirt, and stuffs it into the bun. In five seconds the audience has learned two important things: 1) Joe is a slob, and 2) the video is intended to be funny. (It always helps to clue the audience right away, so they know whether to laugh or not.)

Overture-style titles form a self-contained show of their own. Sometimes they rely heavily on graphics (like the many famous sequences of designer Saul Bass). Sometimes they feature montages of live action that act almost like previews of the coming attraction. Unlike narrative style titles, overture style titles play out completely before the story begins.

If you choose the narrative credit style, your decision about title backgrounds is practically made for you: it has to be live action. But if you’re writing an overture, your backgrounds can be almost anything.

If you do go with photographic backgrounds, you can process them to enhance their style. For romance or nostalgia, use slow motion under the titles. In a wedding video, for instance, try duping the key shots in slo-mo: kissing the bride, cutting the cake, tossing the bouquet, throwing environmentally correct birdseed at the departing couple.

For an old-time appearance use a strobe effect instead. A combination of very mild strobe and very slight fast motion produces a convincing silent movie look that’s great when you want to announce a comedy.

You can also tone the background footage. Fade the color for a nostalgic feeling, or go all the way to sepia or black and white monochrome. This will distance the footage somewhat and provide a more neutral background for the titles. As an alternative, many digital titling programs offer frosted glass and similar filters that de-emphasize the live action without obscuring it.

An old trick is to simulate a still camera. To do this, roll live action up to an attractive composition, then freeze the frame and superimpose a title over the still image. To aid the illusion, you can lay in the distinctive shutter sound of a single lens reflex camera at each freeze. A variant of this gag is the computer display. Don’t freeze the frame, but as each title appears, sync an electronic BEEP.

If you don’t want true live action, try computer-generated graphics or animation instead. A student of mine did this for a science fiction epic but was disappointed that the results were not quite ready for George Lucas. To solve the problem, he went the other way and made the animated space ships more obviously cartoonish. Playing under the opening titles, his low-res battle fleet was quite credible.

End titles usually roll up the screen (a lateral "crawl" is only for stock market quotes and extreme weather warnings), but opening credits are typically displayed in discrete units. In styling your titles, begin by choosing a single transition type. Fade in/out is classical and dignified, a lateral wipe by a vertical line (or soft edge) is similar but more old-fashioned.

DVEs make wonderful title transitions. To say "once upon a time," use a page turn effect. A cube that tumbles forward to fill the frame works well, and incoming pages that progressively stomp down the outgoing ones can be funny. (Try syncing a hammer sound effect, or even a voice bleating "Oo, ow, ee, ow!!") And if you want to signal that anything goes in the wacky proceedings to come, break the rules and bring on every title with a completely different DVE. Comic chaos!

Funny titles should be fast, of course, which brings up the crucial decision of timing how long you will display each title and how quick to make the transition to the next one. As a rough rule of thumb, a title should remain on screen (not counting its entrance and exit) as long as it takes to read it slowly and out loud. By this criterion,

The most influential factor in timing titles is the music under them or any other sounds, for that matter. Music supplies the usual audio for title sequences, but consider some alternatives as well.

Sound effects can be tremendously evocative. Atmospheric sounds like surf, wind or rain have a hypnotic quality. Specific sound effects can start your story all by themselves. For example, suppose the title background is a moonlit closeup of the closed door of a wall safe. As the titles go by, we hear nothing at first, then a distant sound of breaking glass… the creak of a window stealthily opening… the rustle and thud of a body coming through… the padding of cautious feet… the clink of burglar’s tools… the footsteps cease and the tool bag clunks to the floor. As the last title fades, a gloved hand moves into the frame and toward the safe dial.

Speech can be equally effective. Narration is common over opening titles, but other speech works as well. For instance, imagine a succession of shots of a seedy apartment: ratty chairs, a sink full of dishes, a beer can graveyard, a mangy cat, while we hear two cultured voices debate whether to fly the Concorde to Europe or sail on the Q. E. II. As the last credit unfolds, we see that the voices are emerging from a TV set watched by our old pal, Sloppy Joe.

We could go on and on, but the idea is clear: if your titles are no more than credits, they aren’t living up to their potential. A program’s main titles should prepare the show for the audience and the audience for the show.