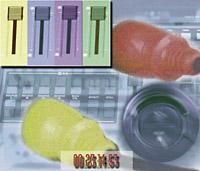 Even in these glamorous digital days, a solid majority of video editors still work in traditional linear mode: assembling programs from original footage, shot-by-shot from start to finish. If that’s how you edit video, then here are ten key procedures that you can use to smooth the process and spiff up the results.

Before you even shoot, prepare both your camera tapes and your assembly tape by "blacking" them: record the entire length of each tape with black, either by taping the output of a camera with the lens cap on, or with the actual color black from a mixer or color processor.

Blacking a tape does two things: first, it lays down time code and/or a control track throughout the tape. This means that any unrecorded sections between shots will still register on the counter of your VCR. On the assembly tape, it means that the sections preceding and following the program won’t display as video snow and audio hash.

Also, by previewing part of a blacked tape, you verify that it will take a signal properly (yes, you’ll occasionally find a defective tape).

If you don’t have time code, finding individual shots on a camera tape can be a chore. To make it easier, use the video insert function to record a reference frame:

Lag time is the amount of time your record VCR takes between the instant when you enable the record function and the instant when recording actually begins–typically a gap of one to two seconds.

To determine how long that gap is, precisely, you need to calculate it, using that ten-second shot of your running stop watch:

Now play back your transfer, looking for the first frame of stopwatch actually recorded. If it reads, say, 00:00:06:50, then the lag time for your particular VCR is 1.5 seconds.

When editing, rewind the source deck back a few seconds before the in point of the next shot and roll it. At 1.5 seconds (or whatever your calculated lag time is) before the in point on the source deck, enable Record on the assembly deck. With a little practice, you can consistently make fairly accurate edits this way. If you use an edit controller, you may be able to program it to always send the "record" command 1.5 seconds early.

Even if you don’t have a special effects generator, you can still punctuate transitions between sequences with visual effects. The easiest one is a freeze frame–if you have a source deck or camcorder with a rock-solid Pause function. At the outpoint of the last shot in a sequence, hit Pause on the source deck and leave it for a second or two. Then continue assembling your program as before. That’s all there is to it.

Another transition that requires some preparation is the swish pan (also called a "flick pan" and several other names). Wherever you happen to be shooting, put the camera on a tripod, frame a shot aimed as far to the left as you can reach, roll tape, then pan the camera as fast as you can and as far as possible to the right (try for 180 degrees).

The trick is to lay just the whipping blur part between the end of one sequence and the start of the next, for a stylish transition.

5. Use Dub and Insert Modes

Audio Inserting (also referred to as Audio Dubbing) lets you replace production sound with music, narration or (with a mixer and a little practice) both. You can also use it to get rid of unwanted sounds like on-camera directions ("Okay, Billy; wave at the camera; wave at the…aw, c’mon, Billy!"). The trick is to record several minutes of background noise (birds, traffic, surf, furnace fan, etc.) to dub in place of unwanted sections of sound track.

Inserting video while leaving the audio is equally powerful. You can use it to insert a cutaway into a shot while the master audio continues (like a closeup of a coach reacting in the middle of a fifty-yard run, for example).

A/X editing means faux A/B-roll editing when you don’t have a second source deck to play the B roll. To practice A/X editing, you need a special effects switcher with two channels and the ability to capture stills from a stream of video.

Start by transferring the last shot in a sequence, pressing the Still (or Freeze) button on the special effects generator at the out point. Then, with the still frame held on one channel of the mixer, cable or switch the next shot to the other channel.

Now, set the assembly tape on exactly the first frame of the freeze and go into Record/Pause. Feed the mixer channel with the still frame to the record deck. Roll source and assembly decks in your usual way and immediately dissolve or wipe to the channel with the live action. If you time it right, you’ll appear to dissolve from one moving shot to another.

As soon as you can spring for a second source deck, go to true A/B-roll editing for professional transitions between shots. Unless you have an edit controller to automate the process, the trick is to synchronize the tapes so that the transition occurs at the right spot on each. To do this:

With a little practice, you’ll hit it perfectly almost every time.

To overcome the limitations of analog audio editing, try premixing tracks that don’t need perfect synchronization–tracks like music and ambient sound. To do this, make a copy of your edited assembly tape to receive the premixed tracks and cue it up in the assembly VCR.

Now run the music and background FX tracks through a mixer (or the sound inputs on your switcher) and use the audio dub feature to lay them down on the dupe of your program. When you’re finished, you have a combined audio source.

Finally, put your original master back in the assembly deck, cue the dupe in a source deck, and feed its audio through your mixing system while you dub narration or additional audio.

9. Use an Edit Controller

Working manually, you may have to execute a complex effect several times before it works just right. Each try involves rolling three or more decks to their start points, setting (or checking) counter readouts, cueing up an effect or transition in the mixer and maybe presetting the output from a titler.

Which gets old, pronto. An edit controller can reduce the tedium by automating the setup and execution process. As you roll through the effect, the controller remembers all the tape positions and the start/stop points for all the effects.

If you need to adjust and re-lay an already edited sequence, simply change the numbers in the controller’s memory, hit edit, and let the machine perform the edit automatically.

As devices for auto-assembling whole programs, I think edit controllers are oversold; but for fixing and relaying complex effects, they can’t be beat.

As your sophistication grows, you’ll come to demand frame-accurate edits every time. There’s no way to get them in linear editing without the precision afforded by time code: a permanent street address for each and every frame of program, written directly on the tape itself.

Some Hi8 camcorders offer a form of time code and some VHS decks can record it (usually on one sound track). All mini-DV format digital camcorders generate time code.

Of course, the process of getting footage into a computer automatically gives you access to frame-accurate edits–with or without time coded source material.

Oops! That bumps us out of linear editing into the digital, nonlinear world. Ah, but there’s good news! Standalone nonlinear systems like the Casablanca or Screenplay make it easy to get started and entry-level computerized systems are creeping up on true competence.

So if I had room for an eleventh linear editing tip, it might be to consider porting across to nonlinear.