When we think about writing, we tend to focus primarily on creating strings of letters to make words, strings of words to make sentences and groups of sentences to make paragraphs. We do not often think about the importance of spaces and punctuation. The same applies with video transitions. Good video editing needs good transitions.

Translation: “but without spaces, periods, commas, question marks and capital letters you end up with a confusing combination of characters that is difficult to decipher.”

It’s true. When we read, we don’t often think about the spaces, commas, hyphens, apostrophes and periods on the page, but without them things get messy. They are essential aspects of reading and writing. While our brains actively process words, sentences and paragraphs on a conscious level, our subconscious minds passively dance over the gaps and punctuation marks, adding understanding that allows us to accurately interpret the intended meaning of the writer. While most of us never stop to contemplate the importance of those gaps, marks and squiggles that we use when we write, the shared unconscious understanding of what they mean is absolutely essential for there to be communication that breeds comprehension.

We think you get the point: There is a lot more to written communication than stringing the right letters together. The way we connect the words we use is an equally important part of clear communication. In a similar way, you need to think about the way you connect your shots to communicate clearly through video. 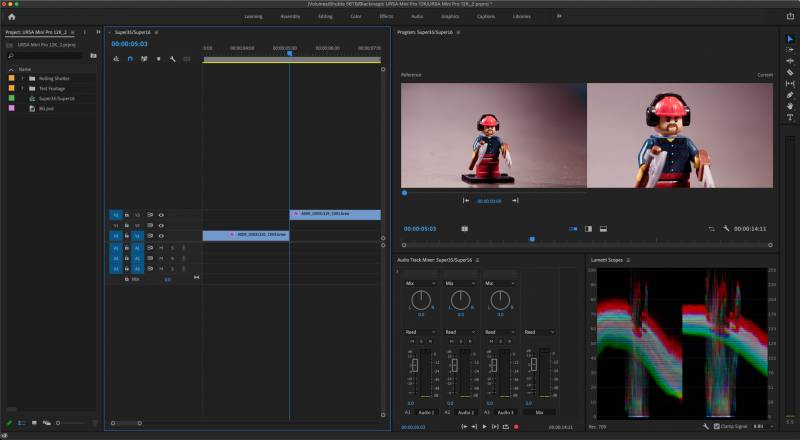 When used properly, cuts are all but invisible to the average viewer. In his book, In the Blink of an Eye, Walter Merch refers to the cut as the “eye blink” of editing. The cut is unique among video transitions in that it doesn’t occupy any time. Where dissolves and visual effects transitions take place over a span of several frames, a cut is instantaneous. It is a switch. While a cut doesn’t occupy either space or time, it manipulates both. In effect, the cut connects things in space and time even if they are separated in the real world. 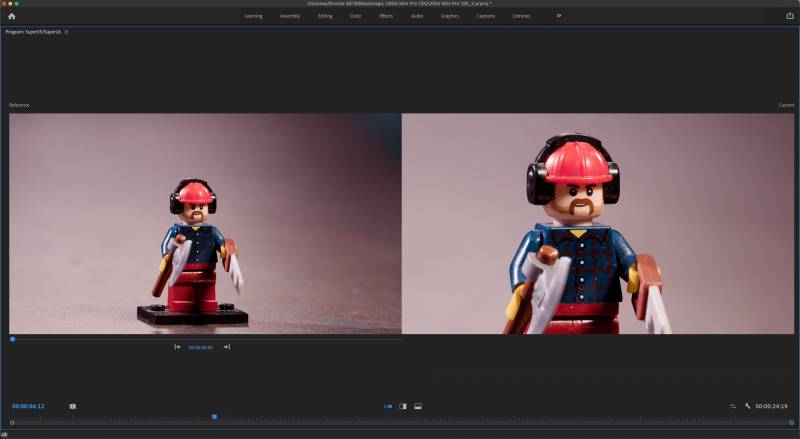 When a cut is used between individual shots of two people having a conversation — in an interview for instance — the viewer believes the two interact in real-time. In reality, they film on the same set, but perhaps on different days. 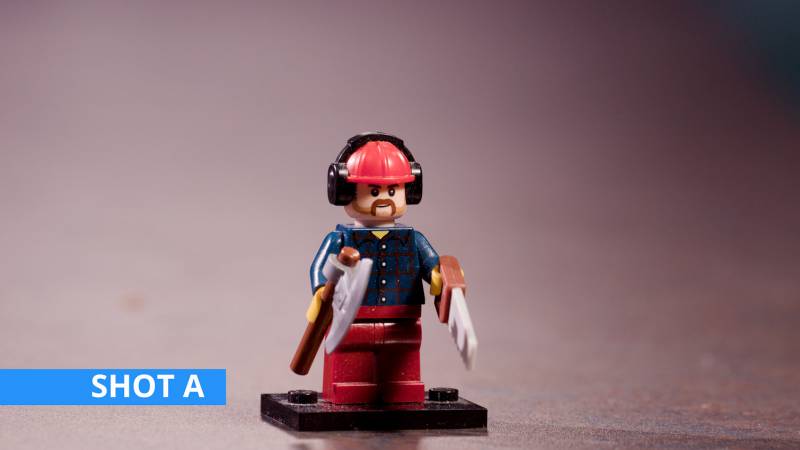 The cut also connects exterior shots with interior scenes. So if we see shot 1 of the outside of an office building, followed by shot 2 of a businessman talking on the telephone, the cut leads us to believe that the office of the executive in shot 2 is inside the high-rise shown in shot 1. This high-rise shot would be considered the establishing shot. It establishes where elements are in the scene.

This technique works well in TV shows and movies. Often the exteriors are shot on location, and the interiors are shot on studio sound stages. Another example of the cut connecting the disconnected is the glance/object pair. An actor in the first shot looks off-camera and we cut to whatever we want him to look at. The cut connects the two in a way that joins them in space and time, even if both shots were recorded in different places or at different times. 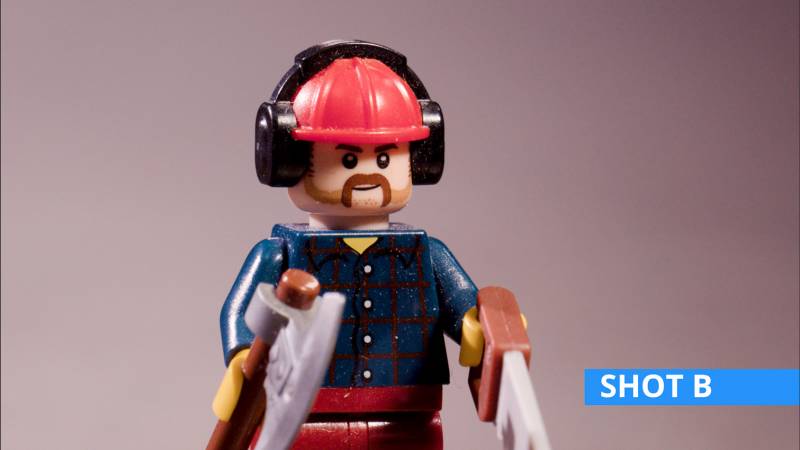 The cut is a powerful tool for the editor. It functions simultaneously as both a razor and glue without drawing attention to itself. Because it is both powerful and inconspicuous, the cut is the most used transition of all, and it should not be neglected by editors at any level. Some say that 95 percent of your edits should be connected by cuts. We might push that recommendation as high as 99 percent. For some people, transitions are a crutch that takes the place of thoughtful editing. There is room to hide a lack of precision in a 10-frame dissolve, but not with a cut. Cuts are out there for everyone to see. They are the definition of razor-edge frame-accuracy, and they force us to scrutinize our edit decisions. 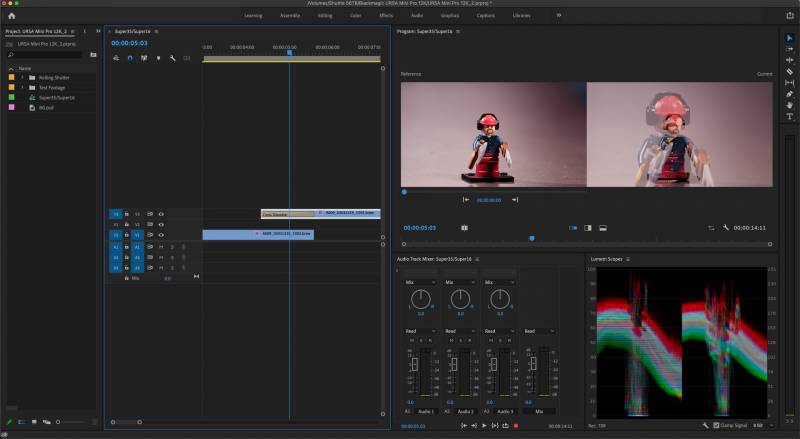 A dissolve is a video transition in which two clips overlap in time for a period of several frames. During this time, the outbound clip decreases in opacity as the inbound increases. The result is a soft, smooth transition. Where the cut connects clips in time and space, the dissolve signifies a short lapse in time or a change of location. Take for example a scene where a man steps onto an elevator and the doors close. We then dissolve to a shot of the same man getting into his car. The dissolve indicates that time has passed and the location has changed. It acknowledges that some of the action has been omitted. Dissolves work well in montages, highlight reels and title sequences because the shots in these aren’t synchronous. But don’t readily replace the cuts in interviews with dissolves. Using dissolves between shots in a conversation that is supposed to take place in real-time often confuses your viewers and leaves them suspicious that something has been cut. 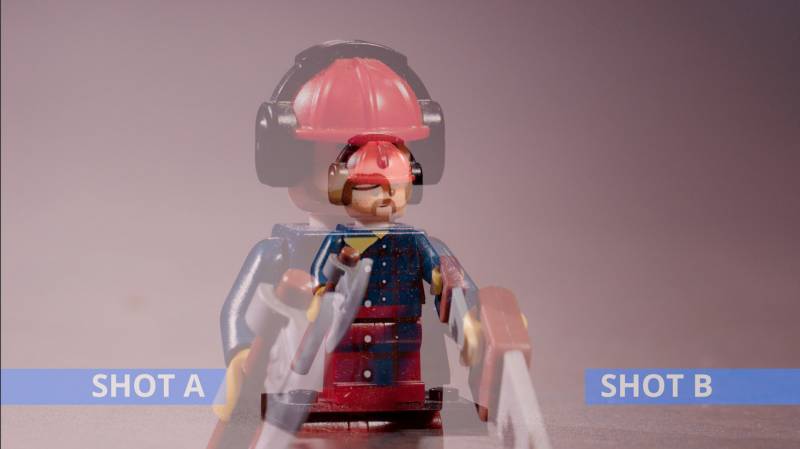 When you do use dissolves, one important consideration is duration. The duration of the dissolve greatly affects the feel, and appeal, of the edit. Dissolves are artsy elements by nature, so it’s difficult to apply a scientific rule to their duration. A short five to seven frame dissolve is barely noticeable and creates the effect of a “soft” cut. A dissolve that is 10-15 frames long is conspicuous but conservative. It does the job without drawing undue attention to itself. Dissolves that linger more than a second, or extend into multiple seconds, create a dramatic multiple-image effect that catches the viewer’s eye and functions as a visual effect. 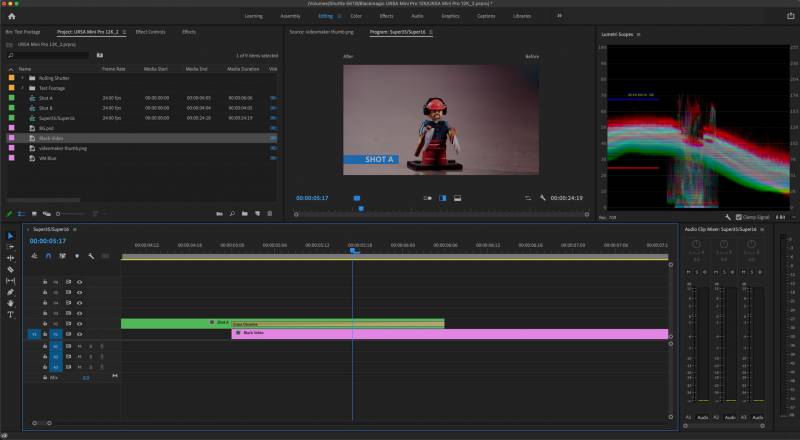 Fades to and from black indicate a longer passage of time. Take this example, we see a boy getting tucked into bed at night by his father, the scene fades to black, then fades in again as he awakes the next morning to the sound of chirping birds. The fade to black in this case represents eight or 10 hours of time. Or maybe we see the boy getting tucked into bed, followed by a fade to black, then a fade in on a similar shot of an adult man waking up. This time simple text reads “25 years later.” Now the fade represents 25 years of time. And, as viewers, we accept it because we have been conditioned to understand what is represented by that simple fade. 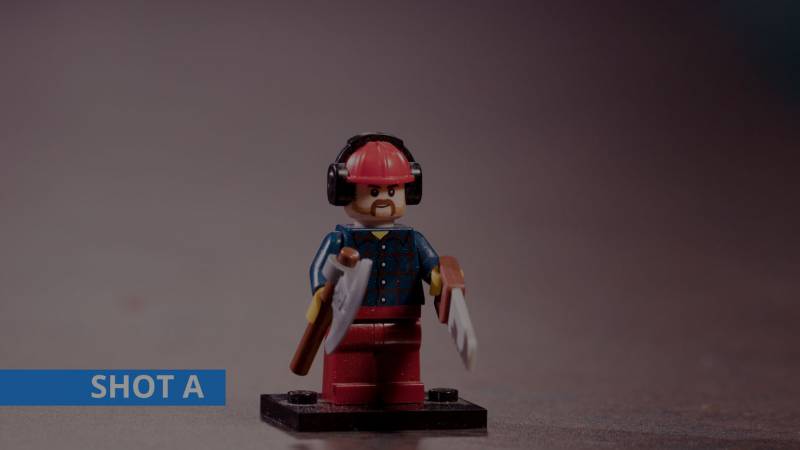 Unlike dissolves, the duration of fades in and out of black has no bearing on the amount of time represented. A second or two of black is plenty long. The most important thing is to fade back in before your viewers turn off their screens or leave the room, thinking the video is done.

Wipes and visual effects transitions are designed to call attention to themselves. These are the digital video effects (DVE), including pushes, wipes, flips, flops and fly-bys. They also include matte effects like heart wipes, dripping paint, falling sheep and silhouetted people wipes along with those cool professionally produced 3D animated after-market effects that make you look like an Adobe After Effects expert.

There are thousands of them out there. Your editing app is likely pre-loaded with a great selection of them. They are flashy and fancy and they will tempt young and inexperienced editors with their drag and drop simplicity. But, if you want your productions to be taken seriously, you need to approach them with caution and use them with prudence. What you think will offer you an instantaneously elevated production quality may well make you look like an absolute amateur.

To be clear, the problem with these effects is not the effects themselves, it’s the misuse and overuse of them by amateur editors. When they are used in the right way, wipes, DVEs and 2D and 3D transitions help punctuate a point, signal the start of a significant segment or top off a top-notch title sequence, and that’s where you typically see them used by broadcast producers.

If you make car commercials or kids’ shows, then all the rules go out the window. If you want to use wacky effects in those kinds of edits, go right ahead. You need all the help you can get. When you’re trying to sell someone something or get kids to pay attention to your program, pretty much anything goes. Naturally, our eyes follow the movement, so adding some in your transition serves as an attention-grabber. For the rest of your work, you would do well to back out of the video transition effects directory and lose the link.

One of the best ways to become better at choosing and using video transitions is to study what you see on TV. For the best results, pay attention to national broadcasts, not locally produced programs. Watch a newscast, a sports event, a talk show, a news magazine program, a reality show and a sitcom. As you watch, try to count the cuts, dissolves, fades and special effects transitions. When you see something other than a cut, note why and how it was used. You’ll soon start to see that the way you connect your shots says as much as the shots themselves.

Chuck Peters is a 3-time Emmy award-winning writer and producer. He is currently VP of Production at KIDMO/Rivet Productions.