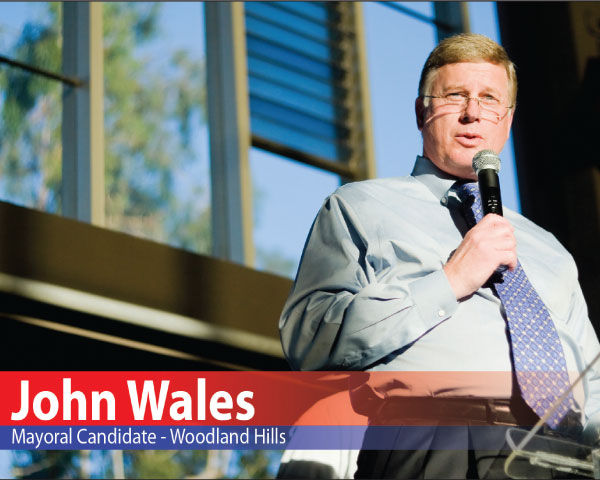 The lower third title graphic, better known as just the lower third, is an area of the screen that is commonly used to display contextual information, such as a person's name, a location or some other pertinent information. While the lower third can help to brand a program too, its main objective is to provide additional information to the audience. The lower third is simply text that is usually accompanied with a complementary background graphic and is positioned on the lower third of the viewable area. Sounds easy enough, but lower thirds can be a major headache to make look good. Before we get into aesthetics, we can first take a look at when to use the lower third.

You should always remember that you're creating a video and not a novel. That's rule number one for working with lower thirds. These graphical elements are commonly used to display the names of people who appear on a video program, the name of a location, a name of a song, a title to a piece of artwork, et cetera, et cetera. The truth of the matter is that it is rarely the case that you actually need these elements. Let's take a look at when to use lower thirds.

You're creating a personal testimony video for a client. The client is the subject of the video. In the opening part of the video she personally introduces herself to the audience. That's a good way to start a personal testimony. Now, should you create a lower third with her name on it? First, ask yourself again who the audience is. Let's say it's local city residents, and the client is running for mayor. What do you think now? Yes! Of course, we've got to inform the audience in every way possible about who this person is. In this scenario, it's just as much about branding as it is informing!

What if the situation were different, and the video's purpose is to warn an audience about the dangers of drug use. Do you add a lower third? I'd say no, if the context is a very personal video. Adding a lower third to this video might give the video a look that is too polished or produced. Additionally, it's probably not so important that the audience can see the subject's name. And, instead of applying the lower third, we may use the space to zoom in closer on the subject, making the video more personal. When deciding whether or not to use a lower third, ask yourself if it's absolutely necessary. Often it's not, and that time could be better spent not distracting your audience with useless knowledge.

How to Make a Good Lower Third 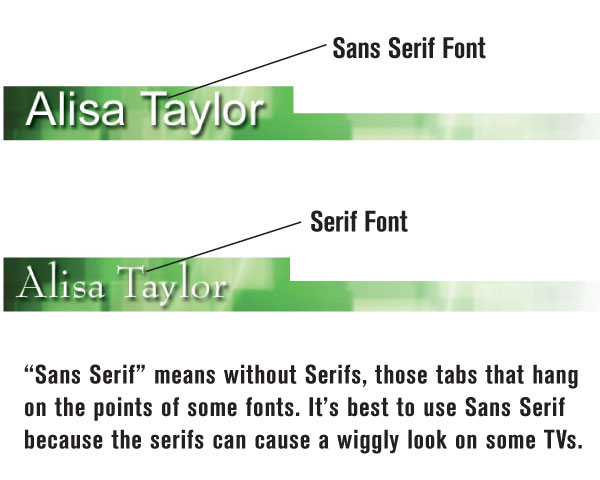 Lower thirds are tricky little elements. As a general rule with lower thirds, less is more. Often we see "text only" lower thirds in major productions. Yes, it's true. If your main objective is to inform, consider using only text. Text is ideally sans serif or at least it has subtle edges. Text that has very small, ornate features will tend to flicker. Also, stay away from fonts that are very thin. Those will flicker too. Helvetica, a favorite font among designers, crosses over nicely in the video world. The color of the font should be thematically appropriate. White is a classic color and, with a drop shadow, it can pop out enough that the words are readable.

If you want to take your lower third design to the next level, try adding a background image. Start simple with a solid color background that is complimentary of the text. If you're creating a web video, solid backgrounds are ideal because they're easily compressed and won't get blocky when played back. The background can extend beyond the viewable area of the screen so long as you keep it on the lower third. 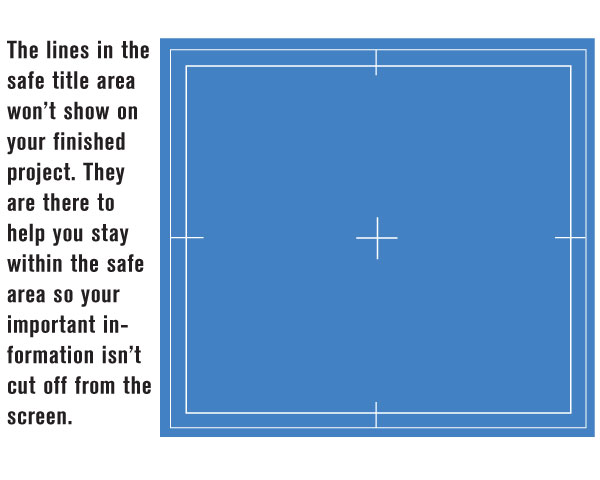 You can try experimenting with motion and fades with lower thirds. If the information you're relaying to your audience is important enough to share, why not make the lower third a little bit distracting? Right. Don't go overboard with this; keep your animations tasteful and within the bounds of the theme/pacing of the video. Fading in and fading out is a very tasteful way to bring in and out a lower third. Give it a try and see what you think.

If you're working on a bigger project that calls for a little more pizzazz than you have with your animation chops, consider looking for a third party solution. There's quite a few providers of stock lower third animations. One well known source is iStockphoto.com where you can search and download a variety of video formats. You have to pay for them, but you can preview the animations in advance from their website.

Sound can also have an impact if it fits well with the visual theme. Consider all those military movies that have that electronic beep noise for every character that visually types out onto the screen. This effect helps build upon the theme and adds to the drama. Sounds can be more subtle, like swooshes when a title flies into its position. Or the sound of a pencil scratching on paper as hand-style scripts etch onto the screen. There are so many possibilities when combining text, motion and sound to make a single lower third. With the right combinations, you can add a great deal of impact.

Lower Thirds Outside the Box 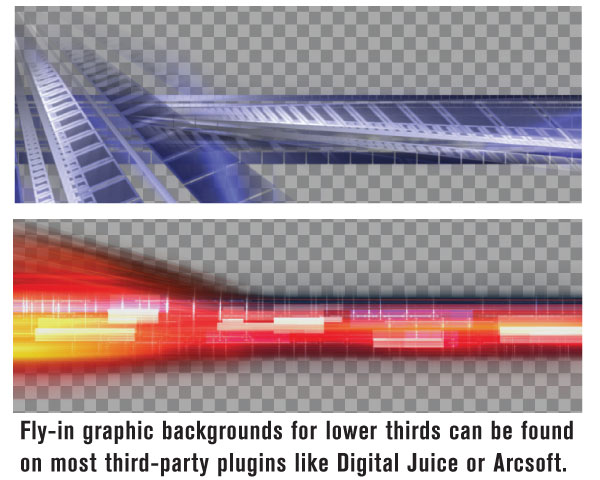 Your titles don't always have to be so predictable. Think outside the box from time to time. One very creative approach to titles is to fit them in naturally. A crime movie could start out with a few short clips of the main characters (perhaps bank robbers who are planning a heist) getting their mug shot taken. On the typical board that the criminal holds for the mug shot, replace the processing number with real titles for the movie. Now you have a fun and creative opening to a movie with titles that communicate the exact same information. With these types of approaches, make sure to plan for both titling options. Sometimes when you're shooting with titles, they are not as readable as you thought they'd be. Have a back-up plan just in case the risky title option doesn't work out as well as you'd hoped.