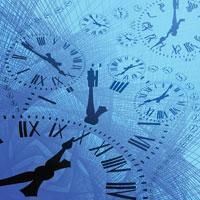 Changing the speed of a shot is easy… but, unless you’re looking for a Keystone Cops effect, to control that shot takes more than just accelerating or slowing it down.

Time remapping, or the not-as-sexy textbook name, variable speed, was all the rage in music videos, commercials and edgy films in the past five years. Good examples can be seen in Guy Ritchie’s feature Snatch (2000, Columbia Pictures). It was such a trend that editing software developers seemed obliged to create specific Time Remapping tools, as Apple did with Final Cut Pro 4 (2003 release) and Adobe did with Premiere Pro CS3 (2007 release). We may need to remap some of our own time to allow ourselves the time needed to learn this less-than-intuitive tool.

In one of our favorite feature film opening title sequences, Guy Ritchie introduces the twelve main characters of the film Snatch in a stylized, music-thumping music-video-like one-minute sequence full of trendy techniques, including seven instances of time remapping. The roughly five seconds given to each individual show the characters involved in an activity that is core to their nature. Each clip usually starts in real time, but, within seconds, the speed of the clip alters dynamically, either slowing down, speeding up or both. Unless you live in a cave in the Rocky Mountains, you’ve seen the effect many times. But how do you accomplish it?

Before this tool was included as a standalone effect, we computer editors accomplished the effect with some degree of success by using the Razor tool and Speed effect. The results were choppy, as the clip would instantaneously cut from 100% motion to, say, 140% and then to 75% and finally back to 100%. One of the great advantages to the variable speed tool is its ability to ramp up or down to the altered speeds. In other words, the change is smoother than the sudden changes with the razor/speed method.

There are two important differences with the variable speed effect that might surprise those who use the razor/speed method. One, this effect doesn’t alter the length of the clip. This sounds irrational, but we’ll explain it in more detail a bit later. Two, it doesn’t affect the audio, meaning the sound associated with the clip does not speed up or slow down as you alter the speed of the visual. Some editors wish the audio would speed up or slow down in sync with the video.

A more accurate way to think of time remapping would be to envision the repositioning (either by extending, reducing or removing) of a single frame in the succession of frames to a new location. When that single image is moved, frames on either side must compensate by repeating themselves or skipping frames, causing the image to speed up or slow down accordingly. By “remapping” that one frame in “time,” you alter the speeds of different parts of the clip.

The time mapping tool in many of the editing programs is amazingly similar. Adobe’s Premiere Pro CS3 and Apple’s FCP 5 & 6 all have a built-in Time Remap tool. You can remap a clip and change the speed of sections of the clip by selecting the tool, clicking on the desired frame you want to remap on the timeline and dragging it to the desired location to the left or right of its original space. This sets a keyframe at the frame in its new location and alters the speed of the video on either side of the moved frame.

This last option is a bit tricky, as it involves a vertical axis representing frame count (frame 0 at the bottom and your last frame in the clip at the top) and a horizontal axis representing the timeline. It’s a bit less intuitive than other keyframe effects, as it involves two axes instead of one, but, with some practice, it makes sense. This method gives you the most control, allowing you to modify keyframe velocity, altering the transition with Bezier handles.

A speed tool tips window near the clip you are affecting shows information about the speed change on either side of the remapped frame, the old source position and new source position of the frame, as well as your time on the timeline.

Throw It in Reverse

A final effect possible with the Time Mapping tool is to accomplish all of the above in reverse.

Now you can achieve the effects found in big multimillion-dollar Hollywood films in your humble home computer editing software programs. Check out the intro to the movie Snatch to better understand what this cool effect looks like, and then see where your own pieces could benefit from a little remapping of time.