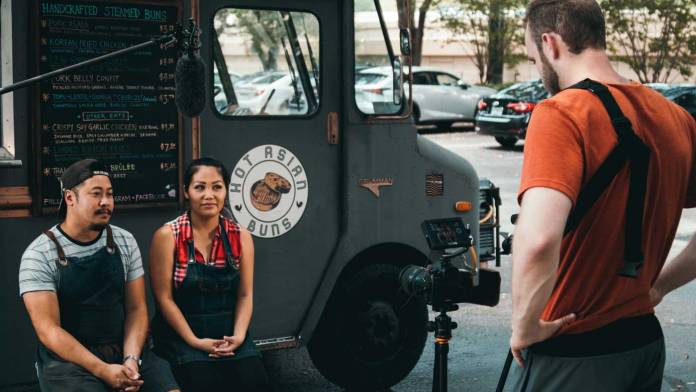 Kipling’s ode on information gathering first appeared in 1902. It was published around the time when the professionalization of journalism – the formal training of reporters, was taking a foothold in North American education circles. Kipling’s six interrogatives have been drilled into journalism school students ever since. Why? Mostly because those who train aspiring reporters and non-fiction storytellers insist that a story is not complete until the reporter collects the answers to these six questions:

What – happened?
Who – is it about?
When – did it occur?
Where – did it take place?
Why – did it happen?
How – did it happen?
These questions, initially devised to produce accurate news reports, are also used or adapted to solicit information for a variety of non-journalistic objectives, from scientific research and job interviews, to the census and police reports.
For our purposes, we are interested in applying them to the creation of non-fiction stories from documentary to informational video. The backbone of all stories remains the interview and Kipling’s “six honest serving-men” represent the gateway to your objective as storyteller: to bring insight and understanding.
The yardstick we use to measure an interviewer’s skill is his or her ability to ask the right questions of the interviewee to get what the audience needs to hear. Entire bodies of work have been published around the subject of best practices for conducting successful interviews. This article will add to the pile by drawing on the mantras of the masters, the “tricks of the trade” of industry experts, and the counsel of fellow travelers in non-fiction story creation.
By the time you’ve read this, you should come away not just with a bag of tricks, but also with some confidence in dealing with a variety of interview challenges. But before launching into yet another “successful interview techniques” column, let’s back up and do what every self-respecting question-asker would do: lay down some context and general principles.

In journalism, most interviews fall broadly into two types or categories: news interviews and personal interviews. In a news interview, the interviewee’s answers contribute to the larger story, providing facts and information that help explain an event or a situation. A personal interview focuses on the interviewee who is not only an information provider, but who also might be the subject of a profile or the main character in a documentary. A personal interview gives insight about what is inside the character, what motivates him or her, what his or her aspirations are, and what obstacles are in his or her way.
Other distinctions between interview types come into play when considering the role of the interviewee. Will you be interviewing a subject matter expert whose job it is to provide facts and background information, or will you be speaking with a participant; someone who is affected by the story and who gives an emotional point of view? In your career as storyteller, you will be conducting interviews of both types, as well as some that fall into categories in between and beyond. But regardless of the type of interview you’re doing, some general principles apply.
Advertisement

For most fact-based stories you will rely on a variety of sources: physical sources such as documents, archives and records; online sources; your own observations as reporter/director; and direct contact with people, your interview subjects. Researching and pre-interviewing subjects will give you ideas for relevant themes and topic areas to explore when you finally sit down to record the interview. Before setting up that interview, read as much as you can about the topic and find out as much as you can about your interviewee. Why? Because you want to be well-informed so you can have a meaningful exchange with your subject about the topic at hand. However, don’t flaunt what you know to impress your conversation partner. Documentary director and journalist Karl Nerenberg offers this advice:
“Don’t treat the interview as a debate and a chance to strut your stuff. If, for instance, it is useful to have a preamble to a question to establish facts or context, that preamble should be neutral and factual. It is not useful to spout your own opinions and expect the interviewee to respond. It is neither professional nor respectful of one’s interviewee, nor a technique that leads to revealing and honest responses.”
Ken Burns takes this universal interview caution one step further. The award-winning documentary icon has been doing interviews for more than 35 years and insists that he still feels like a student when facing a new interviewee.
“I don’t pick subjects because I know about them. I pick subjects because I want to know about them. So, my films are not telling you what you should know, but saying, ‘Hey, guess what I learned?’”

Has this happened to you? You’re watching a great interview and the interviewee is giving golden answers that make you want to know more, but the interviewer, who is obviously not listening, fails to follow up and, instead, goes on to the next topic. If you’ve done any reading at all about interview tips and techniques you should be impressed with how important it is to listen carefully to what your subject is saying. Rather than being concerned about checking off all the questions on your list, be prepared to engage with your subject and participate meaningfully in an exploratory exchange. However, it can happen that a subject drones on and nearly puts you to sleep with a long-winded answer. Should that happen to you, Karl Nerenberg suggests the following:
“Have a hip-pocket question, a lifeline to grab, if your mind goes blank, or if you’re daydreaming during an interviewee’s response. It should be something that will work in just about any situation, such as, ‘What do you mean by that?’”
In a 2009 PBS interview Ken Burns cautions against the kind of selective listening strategies practiced by over-researched documentary producers who are determined to squeeze contrived answers into a pre-written script.
“I think too often people will have a research period, write a script and then and go to the interview subject and say, ‘Look, I’m on page 23 of episode two. Can you get me from paragraph three to four?’ ‘Oh that was great, can you make it faster?’ ‘Oh, that was good, can you end on that?’ We’ve never done that. We’ve never asked someone to repeat something unless they were in the middle of the story and we ran out of film.”
However, there are exceptions for having your subject repeat an answer. You must listen for usable quotes; answers that can be clearly understood and that can stand on their own without the help of a narrator. If your interviewee doesn’t provide that, make a mental note and don’t be reluctant to circle back and ask the question again later in the interview.
Karl Nerenberg: “You might candidly say something like, ‘Earlier I asked you about such and such, I want to go back to that. What other details can you tell me about?’”
Active listening allows you to probe and ask follow-up questions. Don’t be afraid to go down scenic side roads and have participants tell you a story. Ask, “What was that like?” and “Tell me more about that.” Or, if the subject gives you a general or neutral answer, ask, “Can you give me an example of that?” Being an explorer and discoverer allows your audience to share in your discovery. A powerful example of this comes from Ken Burns’ response when he was asked what was the best interview question he’d ever posed of a documentary subject:
“I remember in our film about the Second World War called The War, I asked a gentleman who was sort of holding me at arm’s length—understandably, because his experience had been so bad—I didn’t even ask a question. I just said, ‘You saw bad things.’ And all of the sudden the lip started to quiver and the cheek twitched and he began to tell me not the sort of practiced, defended view of the war, but something much more complicated, something that revealed its horror.”

Be prepared to wait until your subject is ready to answer the question. Don’t feel like you need to rescue your interview subject from “dead air” in the conversation by filling in the pauses. Give her time to think about your question and formulate an answer. Some of the most intimate and personal responses arrive when the interviewer takes the pedal off the metal and allows the interviewee to explain herself in her own time.

When I took my journalism training in the late 90s at Carleton University, the old school of accusatory interviewing had already crumbled. Not that the Mike Wallace interview style of interrogation and cross-examination was universally frowned upon; after all, the power and value of his work and that of others like him, was that it served the audience and the public’s right to know. What had changed was the notion that interviews were power struggles, a battle of wills between interviewer and interviewee, a contest to be won or lost.
One major impetus for the paradigm shift in journalistic question asking came from John Sawatsky, a go-to guru in the art and science of the interview. His current laboratory is ESPN where he works with reporters and producers to change the interview culture. Sawatsky’s ESPN protégés have been overheard off-camera repeating his mantra to themselves: “Open, neutral, lean” before asking a question.
Sawatsky stirred up controversy when he criticized interviewer icons Larry King and Mike Wallace for asking leading questions that produced short and less-than-candid answers and for focusing attention on themselves rather than on the stories their subjects had to tell. Operating in academic and broadcast training grounds world-wide, Sawatsky claims there are no rules for conducting interviews, but suggests that there are principles.
Here is a sampler from the Sawastky Method toolkit:
• If there’s a problem with the question – there’s a problem with the answer.
• The more content you put in the question the less effective the answer.
• Make it about something – focus the question.
• Organize the questions the way people organize their minds – chronologically.

Know from the beginning that if you decide you’re going for the private person:
• It’s to find truth, not sensation.
• It’s to bring understanding, not titillation.
• It’s not to exploit, but to serve — both the interviewee and the viewer.
Only if your cause is just, are you entitled to go there? Even then, you may only go there by permission.
Peter Biesterfeld is a video production college professor.