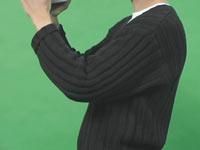 The old story has it: in a New York City subway station, a man stepped off a train and heard a violinist playing from a distance. As he walked toward his exit, he was disappointed to hear a scratchy, screeching rendition of a barely-recognizable tune. When he drew nearer to the violinist, he was relieved to see that the latter was packing his instrument, preparing to leave the station. The violinist asked the man, "Sir, could you tell me how to get to Carnegie Hall?

"Practice, son, practice," was what the man had for an answer.

Musicians hone their skills by running their instruments through various exercises. They play scales up and down, backwards and forwards, slow and fast. They play various "studies" or "etudes" of increasing complexity to develop the techniques, muscles and reflexes necessary to master their art. They work through a series of warm-up exercises before each performance. None of these exercises is meant to be heard during a performance – except the rare exercises that turn out to be good music, like Bachs Well Tempered Clavier. Normally, this playing all takes place before the real music starts. Musicians call this "shedding wood" and "building chops."

Why should videographers expect to master the craft of video without shedding some wood of our own? Yet, where are our scales, exercises and studies? Where are the books of challenging videographic stunts that can sharpen our skills? Toward filling this hole in our education, here are a few exercises. Read these, then create your own. If you do, share them with us in the Your Tips column.


Etude I: The Walking Truck

Stand 5 feet from your subject with lens set to widest view. Bend knees, but keep back erect. Press "record." Walk smoothly past the subject, keeping the subjects eyes on the upper "rule of thirds" horizontal line. Let the subject move from outside the frame through the frame from right to left, then out of the frame again. Press "record" again to stop recording. Repeat until the shot looks as smooth as though it were shot from a wheeled dolly, keeping the subjects eyes on the "rule of thirds" line. Practice this same move in reverse direction.

Advanced: practice the same move with the subject facing the right side of the frame and walking along with you. Frame the subjects eyes on the point where the upper and left-most "rule of thirds" lines cross. Practice until the shot is smooth and the subject never loses that position in the frame.

Stand 15 feet from subject with lens set to widest view. Bend knees, but keep back erect. Press "record." Walk smoothly toward subject, keeping the subjects eyes on the upper "rule of thirds" horizontal line. Stop two feet in front of subject. Press "record" again to stop recording. Repeat until the shot looks as smooth as though it were shot from a wheeled dolly, and the subjects eyes never veer from the "rule of thirds line.

Stand five feet from subject and have subject speak as though she is being interviewed. Frame the shot. Then move the camcorder to one shoulder next to your ear and press "record." Shoot the whole "interview" from that position, without ever looking into the viewfinder again. Repeat until you can shoot a three-minute interview, keeping your subject in the frame the whole time. In addition to sharpening your camera skills, this technique is handy in relieving interview subjects of some of the cameras intimidation. The camcorder doesnt separate you from your subject.

Advanced: Hold the camcorder at waist level. Do not use the viewfinder at all, even to frame the shot initially. Shoot the "interview" from there until you can keep the subject in frame the whole time.

More advanced still: Place the subject 15 feet away on the other side of a high wall or other obstacle. Do not use the viewfinder to frame the shot. Shoot over the obstacle, holding the camcorder over your head. Repeat until you never lose your subject.

Tip: With any of these exercises, it helps to use your ears to estimate the location of the subject. Wearing headphones is best, as it allows you to estimate position from the camcorders "point of view."

These first exercises are certainly not Bach, but they can enliven your shots with camera motion, or enable to quickly grab those once-in-a-lifetime shots when they unexpectedly come your way.