Color and color temperature can be crucial components of just about any scene. For instance, the lighting of an orange sky is typically associated with a sunset. Why is that? Color temperature inherently delivers a feeling or mood and serves as a distinct tone that delivers information like what time of day it is. So, if you want to convey the idea a scene is shot at sunset, your audience naturally expects the frame’s sky to have an orange color to it.

Filmmakers that know how to utilize color temperature in their films have the ability to make their audience think and feel a certain way. There’s more to lighting than making sure everything is well lit. The color of the light and its temperature help deliver important information and feelings about your film. Color temperature is an important piece of lighting for film and video.

What is color temperature?

How is color temperature measured?

The temperature of the black body radiator is measured using the Kelvin scale. So, this means the Kelvin scale determines what temperature and color a light source is. As you progress up the Kelvin scale, light will progress from yellow light to white light, to blue light. Two of the most commonly used Kelvin temperatures used in film are daylight (5600 K) and tungsten (3200 K).

Tungsten light burns at about 3200 K and produces orange, yellow, and magenta-hued lighting. Since most house light bulbs burn at Tungsten temperatures, Tungsten lights light indoor sets in film. Tungsten temperatures on the Kelvin scale run between 1,900K (candlelight) and 3,000 K (house lamp). When you dip below 1,900 K, you are going to start seeing redder lighting, mimicking the light you get from embers.

Daylight light ranges from 5500 K to 6500 k and produces cool whites and blues. Usually, daylight lights work for outdoor sets, but they also achieve the appearance of the sun. When you reach color temperatures above 6500, the light will start to look like moonlight.

You achieve pure nature white at a color temperature of 4500 K. At this temperature, the light will emit a neutral white light. This means that there’s no hue of either blue or orangey white. Think of it as the middle on the Kelvin scale between both Tungsten and Daylight.

Why is color temperature important in film?

White balancing is a step that should never be overlooked or misunderstood because white balance affects not only the proper visualization of objects and events in a scene—for instance, proper skin tone—but it can also help to determine the overall mood of how a scene plays out within the frame.

As we said above, people see light differently than cameras. When we look at a white object illuminated by sunlight, it may look white to our eyes. Our brains compensate for different types of light and automatically adjust. Cameras need to be told what type of light to compensate for so it can render the object white. This is the process of white balancing.

How to white balance

Modern cameras today have some form of white balancing settings. Many cameras offer automatic white balancing. However, many opt to manually adjust the white balance throughout the shoot, allowing them to ensure everything is correctly balanced.

You should white balance at the beginning of every shoot and whenever the lighting conditions change. This would include moving from indoor to outdoor, changes in weather, and shifts in the sun as the day progresses.

It’s always better to correct white balance and color correct on set rather than in post. It’s much easier to make a few adjustments on set than it is to try to color correct in post. Having to correct the mistake in post will always be much harder and more time-consuming. So, be sure to plan ahead and be aware of light sources mixing. While you can mix light sources for creative purposes, it’ll be hard to fix in post if it’s just a mistake.

Knowing what color temperature is and how to use is an essential step to achieving professional cinematography. Color temperatures, when used effectively, reinforce the mood and feeling of a scene. We use the Kelvin scale to determine what temperature and color light are. The lower a light ranks on the Kelvin scale, the more orange it is. The higher the light places, the bluer it is. Oftentimes, filmmakers need to white balance their cameras so they can accurately process the color as we see it. White balancing also makes a scene look either warmer or cooler, depending on where the operator color balances. The lower the color balance places on the kelvin scale, the bluer the scene is. The higher the color balance is, the more orange the scene is.

Color temperature is one of the foundations of great cinematography. It’s a tool that will take your film’s visuals the extra mile and naturally engage and inform your audience. 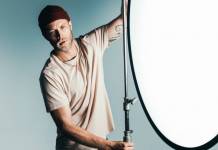