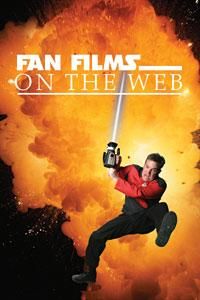 Have you seen the movie about the voyages of the Starship Excelsior as it seeks to protect Federation planets in the Briar Patch? Or an Imperial officer on the run as he desperately tries to flee to the Rebellion? Or what about Mulder and Scully in search of a missing rock ‘n’ roll icon who may be a victim of a government conspiracy?


Could these be the latest sequels of Hollywood blockbusters? Hardly. These are underground Internet movies, affectionately known as fanfilms.


What’s a fanfilm? Every fanfilmmaker has a different definition, but it comes down to this: fanfilms are typically movies made for the Internet, based in the universe of a blockbuster epic like Star Wars, The X-Files, and even Spider-Man, and whose authors are the fans themselves.


The genesis of fanfilms is embodied in the classic pre-Internet 70’s 8mm short film Hardware Wars, directed by Ernie Fossilius. But the genre didn’t really get going until Kevin Rubio created Troops. Troops is a parody that combines the elements of Star Wars with the Fox TV series COPS. It’s about storm troopers on the planet Tatoonine, who answer domestic dispute calls like local law enforcement.

Imitation is the Greatest Form

Since Troops, the fanfilmmaking genre has exploded. Armed with camcorders, a group of dedicated friends and a shoe-string budget, fanfilmmakers have been telling stories in the Star Wars universe, the federation of Star Trek and others. The amazing thing is that these films have been cropping up all over the Internet and catching the interest of some Hollywood heavy-hitters. The filmmakers typically range in age from teenagers to people in their forties. The movies range from two-minute shorts with action figures as actors to 45-minute epics with professional actors and crews. Fanfilm budgets range from practically nothing to thousands of dollars.


All fanfilmmakers have the same goal; to tell a story in the universe of their favorite films as sort of homage to all of the original filmmakers who have inspired them.

A Foot in the Door

It also doesn’t hurt to use a fanfilm as a hi-tech calling card in Hollywood. Many have reached some of the established Internet gateways such as ifilm, Atom Films and dozens of others. In fact, fanfilms are so popular that George Lucas and Atom Films have teamed up to create an outlet for Star Wars parodies. The only rule is that you can’t make a dime from them.


But you can get noticed. Several fanfilm directors have not only caught the eye of Hollywood, but are now working professionals. Justin Dix, who’s film Bounty Hunter (an adventure featuring Star Wars bounty hunter Bobba Fett) ended up working for Industrial Light & Magic (ILM) on Star Wars: Episode II, The Attack of the Clones. ILM recruited him on the strength of Bounty Hunter’s special effects. The rumor is, however, that he had to sign an agreement with Lucasfilm that he would never again make another fanfilm.


Kevin Rubio has been able to parlay his success with Troops not only on the Internet (hosted by theforce.net), but into professional gigs. He created a Troops comic book, had several directing assignments, and produced a television pilot for Fox entitled Alien Hunter.


Mark Thomas and Dave Macomber directed a recent fanfilm phenomenon a short 10-minute film called Duality, which fans have downloaded from ifilm.com over a half million times since its release. The story is about a Sith apprentice who must fight a Jedi master to the death as a part of a trial. Filled with professional-grade special effects and enough action to make even Obi-Wan Kenobi sweat, Duality is a favorite among the legion of Star Wars fans.


It is technically a violation of copyright to make and exhibit a fanfilm (unless it’s a parody). But in the case of Star Wars, the unofficial word is that Lucas rather likes the fact that his fans are playing in the universe he created, as long as they don’t seek to make a profit off their ventures.

So what does it take to make a fanfilm? Well, like any other movie-making venture, it begins with a story. Most revolve around Jedis fighting the empire, though others have ventured out into other genres including Spider-Man, The X-Files and even Highlander.


But with all the technical wizardry of big-screen filmmaking, how can one make a decent fanfilm and still be able to place in all the light sabers, blaster bolts and ships flying through outer space? Well, the fanfilm universe is very democratic. It seems everyone is willing to help with tutorials on Web sites, advice in discussion groups, and even 3D models.


The Mecca of cyberspace for such information is the home of most of the Star Wars fanfilms theforce.net (www.theforce.net/theater). There, you can not only download your favorite short Jedi epic, but you can learn the craft of filmmaking from the tutorials written by the filmmakers themselves. And their community discussion board is very helpful when you need to know what software is best to use or if anyone is willing to help with 3D models, lighting tips and casting.


Once their story is ready, filmmakers arm themselves with camcorders and homemade costumes and shoot their live-action footage guerrilla-style. That means no permits, no craft service and no pay. The footage is then captured into their home computers and edited, computer generated (CG) special effects are added, as are music and sound effects (usually "borrowed" from the original movies or computer games).

The fanfilmmaker’s tools are just about anything that can get the job done. They use anything from a VHS-C camcorder to the latest 16:9 digital HD-cam technology. And most all of them use their home computers to create special effects that would make even ILM stand and take notice.


For the post-production phase, I asked several fanfilm directors what computer software they use for their special effects, and the answers varied. From Maya, Lightwave 3D, Electric Image and a shareware program called Blender, the self-taught CG masters are able to nearly duplicate the exact sweep and glow of a light saber blade or the supersonic travel of a starship. Dave Macomber tells an interesting story of receiving a call from a representative at ILM asking him, among other things, how he learned to create their light sabers. It seems he duplicated the process almost perfectly.


The No. 1 resource for 3D models is the Sci-Fi 3D Modelers’ Web site at theforce.net. These CG masters are eager to share their wares in exchange for a little on-screen credit.


The final step is compression. With a second of video taking up as much hard-disk space as 20MB, compression is vital to making a short film downloadable from the Internet. Using such programs as Media Cleaner Pro, a 30-minute film, with its size measured in gigabits, can be compressed down to anywhere from 10MB to 80MB. It may seem to take an eternity to download via dial-up modem, but should only take a few minutes with broadband access (DSL, cable modem, T1). And streaming options also make these movies widely available, even if the quality is not good.


In the end, it comes down to this: camcorders, computers and a little imagination allow even the poorest fanfilmmaker to make a short film that looks like it came from a Hollywood studio.