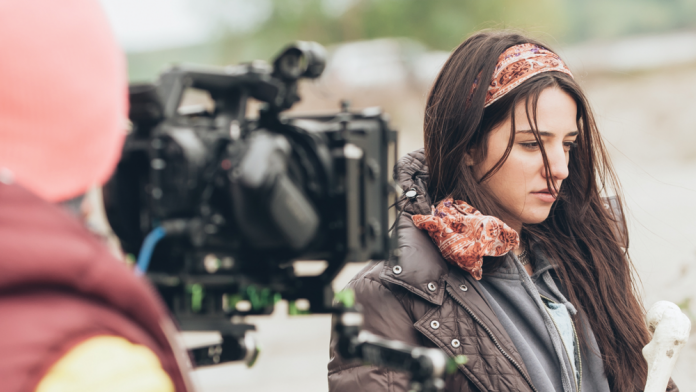 ACTION. AND….CUT! Saying those words is every aspiring director’s dream! I’d even venture to say, it’s one of the first things learned about being a director. But oftentimes, “cut” has been called at the most inopportune moments. There’s an art in when to call cut. And if you do this right, you’ll save time and money, and most of all, you’ll get better performances, making your final project better.

We’re going to get into the various and most common forms of when to call cut and when to let it ride, but I have to start with the one I want you to understand the most. As an editor, this one bothers me a lot — it’s when directors cut too early!

There’s a goal that everyone has on production. The writer has chosen the words carefully. The actor has dissected the piece. The director has a vision. Everything is perfect. The take is going extremely well. And…Cut. But then, in the editing session, you’re looking, and you’re saying, “Man, she has a really nice look off into the distance,” but then you cut! And the take ends. Oh, what you would give to extend that clip just a few more seconds. You didn’t see it on set, but you see it now.

You can always trim in post, you can never extend.

As an editor, we oftentimes have to fill spots up, and what’s between action and cut, just doesn’t “cut it.” Sorry, I had to use that pun somewhere in this article. Oftentimes, the actor is in their head between the action and the cut, but some of the most sincere moments are when the camera is just rolling on the talent. So many times, we use the moments before action and after cut because in those moments, they are not acting, they are just being. Want to use a take where the character thinks to themselves, looking confused or lost, or other moments you didn’t even think of? You have it before action and after cut! You can always trim in post, you can never extend.

Back in the day, all projects were shot on film. That film was pretty expensive. The longer you ran the scene, the more film you ran and the higher the cost. Filmmakers were pretty economical with their takes. Projects now are overwhelmingly shot on digital. This gives a sense that you can just roll. And although you have a little more freedom, there are downsides to not stopping the camera.

Accidents happen. Some accidents can be pushed through, but other accidents take time to clear up. When a major mistake happens, you want to cut. Don’t waste time. Even though it may be digital, time is still money. If an actor spills coffee, that’s something that’s going to take a while to fix. Just call cut and clean everything up.

Another obvious time to call cut is when the scene is well over. You got what you need, everything’s complete. You’re good to go.

As a director, you are the only one with the entire vision in your mind. Let’s say you called “action,” the scene is progressing but it is not going the way that’s forwarding the story in the direction you’ve envisioned. Remember, there’s always a little wiggle room, but there’s still a general course. This scene has to work within the context of the entire piece. And there’s no use capturing what is obviously not going to make the final cut. Just call cut, talk to the actor about the intention and the direction, and go again.

However, sometimes the unexpected happens and it is awesome! An actor may improv, or a real event may happen. Let’s say it’s a comedy, and an actor is walking out after a very serious conversation. They get to the doors, and — it won’t open. It’s jammed. This is hilarious. Some of the crew may even chuckle. But the gold comes in the actor staying in the moment and figuring it out, that’s if, of course, you have the courage to let it play out. Make the actors trust and rely on you to call cut in these moments. Let them stay in the moment and be very aware of when to let certain things play out because it may look awesome in the edit and you’ll be kicking yourself if you didn’t.

The most important time to call cut is when there is danger. Do not play around with this. Nothing is worth anyone’s life or anyone getting hurt. You can not get those back. No matter how much you may plan and think everything’s alright, accidents happen. This may sound obvious to some, but there are a lot of situations where something dangerous happens and because so much is put into production, people are silent or wait for the action completes before bringing it to the attention of the appropriate party. The assistant director also has the authority to say cut if there is an emergency like a fire. Please, please, please, be safe on set. Things happen. Just cut. Fix it. Make sure everyone’s safe. Then,go again.

Remember your crew as well. Sometimes that boom operator needs a little break. Sometimes that steadicam operator, although they may work out, needs to just set it down for half a second. Take care of them.

Sometimes, cut gets called whether you like it or not. This happens in instances when the camera stops rolling or all the lights go out. At certain times, these occurrences are caused by a member on the crew and can be avoided. Other times, it’s a technical error. Everything doesn’t work perfect every time. Whichever is the case, make sure you maintain your composure. Everyone is watching how you respond. That doesn’t mean don’t be aggressive when you need to be. It simply means that you should understand that it’s all part of the process and push through.

Getting a better performance

Too often, actors are taken for granted. And with the busyness going on behind the scenes — the crew setting up, staying on schedule, lunch approaching, etc. — it’s a very easy trap to get caught up in. Actors are human beings, and are carrying the emotional weight of the story. The talented ones are able to drown a lot of what’s extraneous out and focus, but it’s imperative that you do whatever you can to keep them in that space.

Calling cut in the middle of the scene sometimes jars that actor out of it. If an actor flubs a line, that’s ok; you can edit around it. Encourage them to just keep going. Resetting the scene sometimes takes a little longer than people realize. It’s much easier to just keep rolling, and have the actor continue, as if they never even made a mistake.

However, there are times when the actor might completely stumble and mess up a line or not be able to get back in the zone. Sometimes, they’ll just get quiet trying to remember a line and feeding it to them may be a distraction. It’s all about staying in that zone. If an actor is out of the zone, call cut. They may also be waiting for you the save them! If an actor isn’t as strong as you thought, or if they’re having a rough day, a cut may be in order. During that time, you can talk them through and get them where they need to be.

Be aware of your tone as well. In more intimate moments, a soft “cut” would do. You want to be sensitive to the actor, almost like bringing them out of hypnosis or a deep sleep. Hard, loud cuts may be more appropriate for say a fight scene or car chase, or when tensions are running high. But actors want to feel good about their performance, and the way you say cut can directly affect that. Sometimes it’s not even the way you say cut; it’s the immediate response after. If you say cut, and don’t take the time to address them, they may think what they’re doing is wrong. They just gave you everything they have, and all they hear is cut and then they get no love. Your main concern is your actors and the way you say cut deeply impacts that relationship.

There’s nothing worse than taking an actor out of a beautiful moment. If the performance is amazing and there’s a little tech issue, like the lights a little too bright in the background, you gotta be wise. It’s about priority. When you’re in the edit bay and you’re chopping the video together, there are few things worse than seeing the actor completely in the zone, and you’re in the zone as well, and then you cut the scene for something that at the time seemed major, but is so minute to the overall story of the film. The best rule of thumb is to shoot for the edit.

JR Strickland is a director and editor in Los Angeles, CA. See some of his work at www.jrstrickland.com