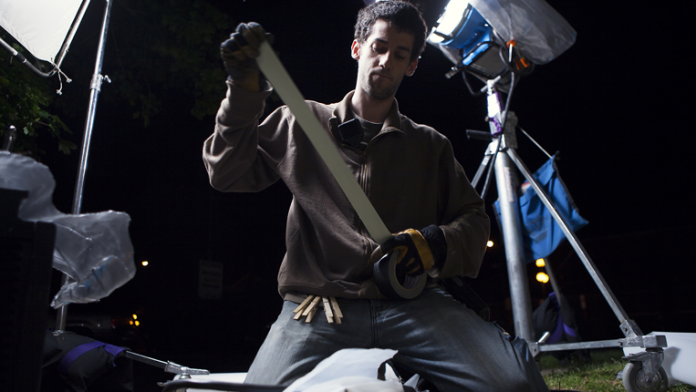 You wrote a script, estimated a realistic budget and scheduled your shoot. Let’s also assume you’ve assembled a professional team of crew and talent. You’ve also gone over your checklist repeatedly with microscopic detail, and left nothing to chance. After all, this is your baby, your breakout project, and you have a lot riding on its success.

Nevertheless, this is not a perfect world and unfortunately, there’s no such thing as a perfect set on a shooting production — no matter how efficient you were during the planning and pre-development stages. Let’s look at the five most common situations that curse the budding and seasoned filmmaker and address the workable approaches on how to handle them.

The No Show Dilemma

Assembling a cast of actors for your film or video production can be a time-consuming role in itself. It involves vital decisions, contacting agents, managers and casting directors, placing casting ads, rummaging through headshots and resumes, auditioning potentials and endless rehearsals. Therefore, when you find a match for your production, the last thing you want to hear is that a cast member is a no-show. At the last minute, you can always get another DP, assistant AD or makeup artist, but missing an actor can literally shut a production down.

To avoid the cost and frustration of an actor flaking out on your production at the last moment, you need to have a backup plan. Depending on the scale of the project, the stage you are at in production and the length of the shoot, this may mean shifting gears to tackle scenes in which the actor does not appear, or having two to three actors on standby to act as replacements. Usually, having two sets of actors lined up for a role can strain your budget, but if you’re working with an agency, you can assign the responsibility over to the agent to provide the contracted actor the place, time and rate for the shoot — even if that shoot is for a single day.

However, if you don’t have an agent attached to your project, which the case for most small video productions and independent films, then your best bet is to create a talent sheet listing all of your second and third choices and keeping those choices on speed dial. Always make sure you have contact info for all the talent with an assistant or on you at all times during production. Having a backup list of contacts is a valuable tool to avoid those last minute emergencies.

Unless your production is going to be shot entirely indoors, one of the most common obstacles to a video or film shoot is bad weather. We all know from mega blockbuster films like Steven Spielberg’s “Jaws,” Mother Nature can be a beast, leaving the filmmaker straddled at her mercy. However, assuming you’re not making a film financed by a major Hollywood studio, there’s no way you can afford to go over budget by waiting around for Mother Nature’s wrath to subside.
If you’ve scheduled a shoot for outdoors, check your local weather channel. If rain, snow or gusty winds—anything that can ruin or delay your shoot—is predicted in the forecast, you can plan for an indoor cover set ahead of time. A cover set is an indoor scene in your script that allows you to continue shooting in the event of bad weather.

Whether you’re shooting indoors or outdoors, and, unless you’re shooting in your own backyard, you need to secure a location. There are services that can help you secure locations, either through the city’s permit office or through your local film commission.
Even if you’re shooting at your favorite neighborhood deli, you still need to have a formal written agreement between you and the property owner.

Without a shooting permit, law enforcement agencies have been known for putting the brakes on productions shooting illegally. To save yourself time and money, map out your locations carefully. You could lose a location because the property owner forgot you were supposed to be filming there that day and made other plans for the property. Your best backup to avoid this or a police shutdown is to have a written contract or permit in hand for your ideal location. In case that’s not enough, plan an alternative location for the shoot to keep your production rolling.

Having power is essential to all productions. How many times have you seen someone pull out their cellphone and it dies on them because they forgot to charge it? Now they’re scrambling around a café or store to find a power outlet. It’s no different when you’re on set or at a location. Powering up ahead of time—once again—saves you time and money.

When you scout locations, always make sure there are power outlets for your equipment. Some locations may not allow you to use their power outlets. If this is the case, you may need to rent a backup generator. For your own peace of mind, renting a generator is your best solution to having power on the set.

Whether you’re shooting your project with film stock or video, you absolutely need to test your equipment. This rule of thumb goes for lighting, cameras and all mechanical equipment used for a production. But let’s say you tested your equipment before your scheduled shoot and, halfway through it, the equipment abruptly stops working. This has been known to happen.

If this is the case, have a contingency plan in place. You may want to shoot your project in locations near the rental house, so that, in case of equipment failure, they can get to you or you can get to them, saving you time and money.

Don’t overlook or leave anything out when it comes to ensuring a smooth production. The best way to avoid Murphy’s law is simply to be prepared for anything and everything. Bring along a first-aid kit in case an injury occurs on the set. Bring walkie-talkies in case there’s no Internet or cellphone service at a location. And most important, make sure both cast and crew have maps for getting to your location. In short, always be prepared for the little things.