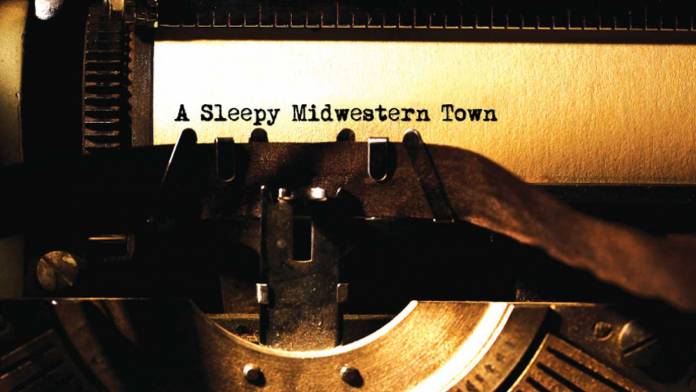 One of the first steps for any video producer is to figure out how to craft a good story. And not just a good story, but one that sells. As anyone getting into the field will know, there are countless moving parts when it comes to creating video content for the masses, from equipment and logistics, to crew and continuity. No video content will succeed without that starting point — the germ of a compelling and salable story. In this article, we’ll look at how to write a story that can satisfy viewers, gain an audience and ultimately make money.

While modern technology has made it easy for the average Joe to shoot a video, viewing film as a business takes a certain perspective. The order in which you tackle the construction of your story may vary, but the first thing to remember is that you need an audience. We all have ideas, and want to see our creative ambitions come to fruition, but those ambitions will burn out quickly without an audience to fund our dreams. Ask yourself: Who do you want your audience to be? Are you aiming for a broad audience or a more select, niche viewership?

Characters are the crux of the action in almost any tale, so it’s important that you have at least one that the audience can identify with, otherwise they will lose interest quickly

A broad target audience means you are casting a wide net, and can be targeted based on things such as age range, ethnicity or geography. Sometimes starting with a broad target audience can help you to suss out your true long-term audience by seeing what resonates most with people so that you may gradually narrow your audience. A niche target audience, on the other hand, is specific. You are aiming to capture the attention of a small subset of people, so you’d better make sure you know your target audience well. The benefit to this approach is that you have the chance of capturing the loyalty of a dedicated group of followers who are more likely to follow your projects and are willing to pay a higher price for your targeted content. There is also the potential to build your audience gradually by consistently hitting your target niche.

Based on your target demographic, you must also consider what format your story will take on the screen. Will it be a feature production or a short film? Will it be a television series or an advertisement? Although each format will vary in length and complexity, the thing that will hold all of this together is ultimately your story structure.

Consider the setting of your story. Are we in a sleepy Midwestern town? A sprawling urban city? Is it a place where the sun shines or does a gray fog hug the streets alongside the distant roar of the ocean? A story’s setting will immediately draw your viewers in and cue them in on what to expect tonally. Many writers say that their stories grow out of their settings, and often the location your characters inhabit becomes almost a character in and of itself.

Characters are the crux of the action in almost any tale, so it’s important that you have at least one that the audience can identify with, otherwise they will lose interest quickly. Note that your character doesn’t necessarily need to be likable (though it can help), but there must be qualities in his or her journey that your target audience can relate to, someone to whom they can look and ask, “What if that were me? What would I do in their position?”

In your cast of characters, you should identify who is going to be a major player and who a minor player. We sometimes call these “round” and “flat” characters. Round characters are your main players. They will be three-dimensional, possessing personality traits both good and bad. They will be dynamic, challenged and undergo changes throughout the course of your story. Flat characters posses broader, more categorical qualities and will remain mostly static.

While it’s not always essential to have a clear-cut protagonist and antagonist, these are familiar roles that will go a long way to helping your audience relate to your story. What does your protagonist want? What drives them or doesn’t drive them? What are they willing to do to get what they want? Crucially, you should avoid the pitfall of trying to explain everything about your character in a monologue. Film is a visual medium, and people want to see what your protagonist is made of through action, not just a wall of dialogue. The best way to reveal your protagonist’s traits is by placing them in new situations and showing your audience how they react to these situations. What happens when your protagonist and antagonist meet? How do your characters react to stressful situations? Do they remain calm in the face of adversity? Do they get angry? Do they run away?

Now that you have your characters, it’s time to watch them evolve. People come to stories for conflict and emotional resonance. Stories — both our personal ones and those we absorb from the world around us — are what make us who we are, and the starting point for any story is the process of change. Even web series or television sitcoms, which often like to “reset” their characters at the start of each episode to a greater or lesser extent, are propelled by conflict and change. Dan Harmon, creator of cult hit TV-show “Community” puts it like this: Your character is going to want something. They will have to step outside of their comfort zone in pursuit of it, adapting to new challenges along the way. They will undergo changes as they approach their goal, then they will journey back to the life they once knew, emerging with new-found knowledge and power. This is the tale of descent and return so common to folklore and narrative of days past.

Another simplified way to view story structure is via the three-act structure. A popular template for beginning writers, it breaks the fictional work into three parts — the setup, the confrontation and the resolution. While this can be a good starting point, it is often been criticized for its simplicity and restrictiveness.

Now we come to the question of pacing. Just as a dump of expository dialogue can kill your audience’s interest, so can an endless stream of action scenes. Thus, it is important to establish a good rhythm to your writing. You’ll want to have a mix of faster and slower scenes — dialogue often quickens the pace, while scenes of action often slow it. As your story progresses, keep giving your characters new sources of conflict. Raising the stakes keeps a narrative vital, and can be achieved in many ways. For example, your protagonist may have a limited amount of time to reach his goal and as the clock ticks down, the pressure builds up. As more is revealed about the protagonist’s life, we may find out more about what drives them, and in doing so we as the audience will find more tension as we understand what is at stake for them. What do they stand to gain and what do they stand to lose?

Try to eliminate fluff in your plot-line. That is, each scene should be placed deliberately and have something to contribute to both the external, surface-level action, and the internal action, e.g., characterization and subtext. This does not have to be apparent to your audience right away, but it’s essential to informing character motivations and actions down the line. Alfred Hitchcock once said that a good story was, “Life, with the dull parts taken out.” If you place a lot of irrelevant scenes in your script, your audience will quickly lose interest.

All of this is to say that, while there is no one correct way to write a story, there are certain universal elements of storytelling that will appeal to your consumers — and we are all consumers of stories. It’s in our blood. So as you sit down to write your next script and strive to make it both your own and something that people want to see, keep in mind these storytelling tips which will help you craft your own unique vision into a piece of video content that truly resonates with people — and that they are willing  to pay to see.

When trying to appeal to investors, it’s important to have a brief story pitch ready to succinctly convey what your script is about and why it is worth funding. We call this type of pitch the “elevator pitch” because it should be able to be delivered to someone important in the time it takes to ride an elevator; a.k.a thirty seconds to two minutes. When prepping an elevator pitch, try to distill your story to its purest elements. Include a brief plot summary and an emotional hook to grab attention. Referencing other notable works can sometimes work in your favor. Breaking Bad was originally pitched as “Take Mr. Chips and turn him into Scarface.”

Arthur Lance is a freelance writer and student of Film and English at Butte College.