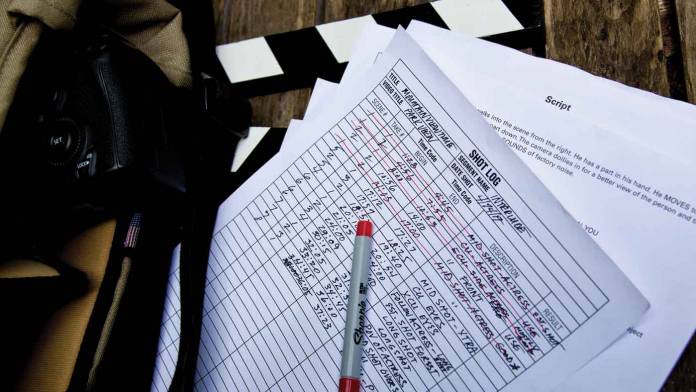 If you go back and look at your early work, it probably looks like it was directed by someone who needs a guide dog. What’s missing? Why planning, of course. Specifically, a shot list. Want to have a smoother, cheaper, happier shoot? Read on, filmmakers.

Like many a tyro director, when I made my first video, I had more enthusiasm than good planning skills. I was working with a punk band and, the hell with a list, we barely had an idea. We got out on the streets of New York City and even though I had some images and camera angles in mind, the shoot was pretty much a disaster. We had budgeted about four hours for the whole thing, but I kept changing my mind, forgetting ideas I had and arguing with my DP. We ‘finished’ after eight hours and I was unhappy with what I did. Heading home, I was besieged by shots that I completely forgot, simply because I didn’t write anything down. Okay. Lesson learned.

Shooting Out Of Sequence

On my second shoot, I did things differently. After coming up with a storyline that had about 10 locations and only one day for production, I realized that geographically, we wouldn’t be able to shoot in sequence. Certain locations were close to each other and it only made sense to shoot these locations according to proximity. This may be where the shot list comes in handiest. Most films are shot out of sequence. Without a list, you’re either going to forget certain memorable locations, or you’ll be running around town going back to places you filmed near earlier in the day. Want that day to be simpler? Make that list.

You Won’t Forget That Favorite Shot!

Last summer I was directing a video of a song that had been used in the film Pretty In Pink. One of its songwriters had recorded it and we were filming him. I had the idea it would be cool to show a quick, subliminal shot of the iconic soundtrack cover. It thrilled me when I came up with the idea, and it was all I could think about. So we spent the day filming the artist. We did him in his studio, on the fire escape, on the streets of New York — it seemed we had everything we needed. Then, I looked at my shot list.

Your favorite shot may only be there for a second, but you’ll kick yourself forever if you miss it — so write it down.

Lo and behold, we hadn’t done my favorite shot: the album cover! It was so important to me that, naturally, I forgot about it. Thankfully we had our list. We unpacked all our gear, went back into the studio and spent two hours getting the shot just right. Your favorite shot may only be there for a second, but you’ll kick yourself forever if you miss it — so write it down.

Arguments between you and your DP — or other crew members — are inevitable, especially when it comes to how you planned a particular shot. I’ve had times where I knew I wanted a close-up of my artist. My DP, usually well-meaning, has sometimes said it would be more effective as a medium shot. This is usually when things get tense, as you launch into the familiar phrase, “Remember when we discussed this?” At this point, the DP’s memory fails him and he thinks a close-up would “lack the subtlety” needed here.

You know that this whole thing was resolved in a story conference a week ago. But, where’s your proof? Before you know it, the gaffer’s throwing in his two cents and an hour of shooting time disappears right before your eyes. Easy fix? You guessed it. Whip out your shot list. There’s something about seeing your decision written down that stops the argument on a dime. You do the shot, it comes out great and you have an extra hour for coverage — or coffee.

When you think you’re done for the day, it’s always a great relief to have the shot list to refer to, even if you’re looking at it by flashlight in the van. We all know how punchy we can be by day’s end. Your brain just stops giving you information. What better way to end things than to double — or triple — check your shot list. Everything checked-off? You can call out, “It’s a wrap!” And this time, say it with confidence.

Peter Gerstenzang is a video and short film director and prize-winning humorist.