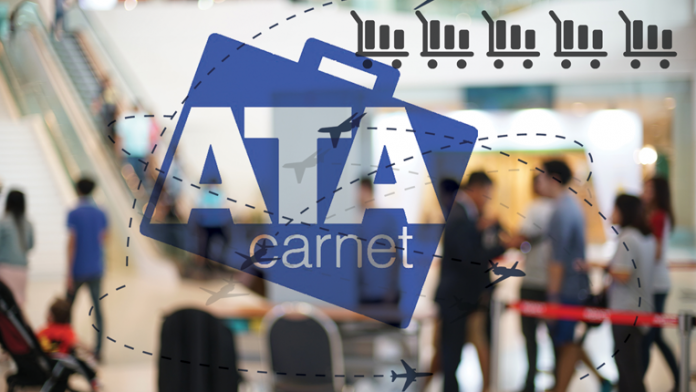 From a videographer’s standpoint, when I travel I usually bring around $30,000 worth of equipment packed tightly into 3 cases. I carry on the expensive cameras – no way I’m checking the good stuff.

About a year ago, I was travelling back from Canada to the US where I had done a quick two-day trip filming a mini-documentary for a client. Now I’ve been in and out of Canada a few times with no hassles, but with customs, sometimes you win the lottery.

Long story short, I was going through Canadian customs and the officer asked me what I did, what I had, and – since it was expensive equipment – where my Carnet was. At this point I’m glad I got to the airport extra early, because then came the two-hour pain train.

HOURS LATER, AFTER A BACKROOM INTERROGATION THEY LET ME ENTER THE U.S. WITH ONE STINGING THOUGHT IN MY HEAD, “WHAT THE HECK IS A CARNET AND WHERE THE HECK DO I GET ONE?”

I was asked if I could prove that I had not purchased any of the equipment in Canada to which I replied, “I got nothin for ya buddy.” Hours later, after a backroom interrogation they let me enter the U.S. with one stinging thought in my head, “What the heck is a carnet and where the heck do I get one?”

Being a videographer means we are always learning new things. There are new cameras, effects, shortcuts, programs and inspirations on an almost daily basis. It’s no surprise that we find ourselves sometimes blindsided by what we did not know – in this case, carnets. Carnets are forms that pertain to what is called “Boomerang Freight.” Now before you read the rest of the article in an Australian accent, hear me out. Boomerang freight refers to specific shipped goods, equipment or merchandise that leaves and returns to that country in its original form. Basically, a temporary import and export list. Since the items you’re bringing into and leaving with are not intended for sale or purchase, they are considered duty free, thus the necessity of the carnet.

Flash-forward a year and I’m preparing for my next trip, this time to Ireland. I had put the carnet business on the back burner and since then all of my travel had been in and around the US. I remembered to acquire a carnet and I had done so at the last possible moment. No joke, I almost missed the deadline by 3 minutes. Strike one. The carnet itself costs around $400, lasts for a year, and comes with a few pages for signing and stamping. The first page is an approval from customs that all of the goods listed are being shipped and/or carried on the plane, train or wooden fishing boat.

I must note that it’s important to get the area in the lower left of the first sheet signed and stamped. A combination of rushing to catch my flight – it boarded 40 minutes early – and being a first time “carneter” led me to trust the customs guy to do his job. He did not. Strike two. He did, however, stamp the second page. The second page is basically a checkout of the country. The third page is a check-in and the following pages are receipts for customs to hold on to.

Since I didn’t get the first page stamped and signed correctly, I was lectured each time I met a customs official. My defense was that it was my first time, I was sorry and please give me a break. Like a combo in Street Fighter IV, it worked to my advantage.

Now it’s worth noting here that the location of the Carnet Office is not as visible as say, where to go to “Take off your shoes and belts and place them in the bin.” If you try to skip it, like I did, prepare to spend another 45 minutes in a back room. I really worked out all the bugs this trip didn’t I? When I arrived at the Dublin airport I had asked 3 different employees where the ATA carnet forms need to be signed and no one knew. When I was in the back room, they had to phone the customs guy to come down and sign my form so I could leave Ireland.

Throughout this process I learned that having a carnet is important because you can be fined thousands of dollars for not having one while travelling with over $10,000 worth of equipment. Being that the carnet itself only costs around $400, it’s a one-sided battle. Note also that you don’t need one travelling inside a country or countries part of the European Union.

To learn more about carnets.

To see what countries require them.

To locate the Carnet Customs offices for specific airports.

Always remember, “Only you can prevent Carnet Fines.”

Shawn Zeilenga is a videographer, photographer and graphic designer.  In his spare time he debates with himself about who is better, Jack Bauer or Jason Bourne.