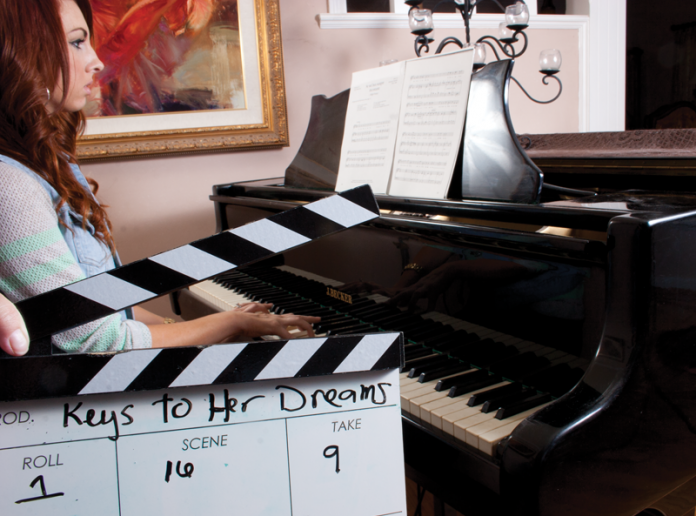 While shooting errors might seem fine on the set, they set themselves up for hours of frustration in editing. Keeping these four easy-to-remember tips in mind, shooting for the edit will save you time and money on your project.

Filmmaking has long been a favored medium of storytelling and with the increase in camera options for consumers, a new crop of producers has come along, eager to put their ideas to the screen. Getting out there and shooting footage, directing the cast, and catching that perfect angle are all part of the amazing video or shooting experience and for many producers, it’s the most exciting aspect. For those, production is the be all and end all of making a movie; then they get into post-production and realize they’re lacking a lot of things and running into unexpected problems. What was once an enjoyable experience has turned into a chore and any established timetable might as well be tossed out the window.

Shooting for the edit can save you countless hours of frustration during editing.

Post-production is the final step before seeing your idea fully come to life, so it shouldn’t feel like the worst one. Shooting for the edit can save you countless hours of frustration during editing. Let’s talk about some simple steps every video producer should follow in order to ensure a smoother and more enjoyable post-production.

Whether you’re an established filmmaker or a creator of home movies, all producers are pressed by time constraints. The idea of getting a movie done and out there is prevalent no matter what scale of movie you’re producing. To account for this time crunch, rookie shooters will simply pick an angle, shoot a few takes, maybe do another angle, and call it good.

Post-production is the final step before your idea comes to life.

There are pros and cons to this method of shooting. It’s not always a bad thing, but until you’ve got a few movies under your belt, it’s a bad habit to get into. The problem you’ll encounter in editing are the moments when you realize you need a different angle or shot to make the scene better. Sitting in the editing bay when your cast and crew have been disbanded for days (or weeks) is not the time to have that epiphany.

We understand the mentality; once you have the entire scene captured without any mess ups … it’s time to move on. We’re on a time crunch after all. While it’s possible to tell your story in this manner, you’re limiting the storytelling options available. Instead, take your time, slow down, and ensure you get as much coverage as possible. If you’re forced to do re-shoots you’ll discover it costs far more money than taking an extra hour or two during production.

Cutaways, those quick shots that focus on objects in the scene other than the main people (stuff in their hands, things they’re looking at, etc.) are also important to shoot. These are necessary to mask some of the edits you make or cover up a small mistake in an otherwise great take. Not planning for cutaways will lead to misery, forcing you to live with mistakes or choosing an inferior take without errors.

Getting the appropriate amount of coverage doesn’t have to be time-consuming. As long as you plan ahead of time, you can incorporate them into your schedule. Which leads us to our next point …

We can’t stress this concept enough. Accurate shot logs make life easier in post-production. Good record keeping helps an editor identify good takes before he or she even captures footage into the system. An editor can then get organized well before they cut the footage together.

Ideally, before you begin shooting you’ve created a shot sheet, which is a list of shots you plan on filming each day.

Based on this list, a shot log (a way for you to keep track of the takes you’ve done including coverage/cutaways), can be generated. On smaller projects you’ll be handling the record keeping yourself, but as long as you write this information down, you’ll be ahead in post-production.

Oftentimes, on smaller projects, the director and editor are the same person. While you may think this would exclude the need to take so many notes, it actually becomes more important. With everything a director has to remember, little things like, “I like the way the actress flipped her hair in this take,” can easily be forgotten. Without a notation about it, you may forget by the time you sit down to edit.

Keeping up with paperwork on the set isn’t the easiest thing. When you’re on a smaller budget, it’s understandable why people don’t spend enough time maintaining a shot log. While this moves things quicker on set, you’re guaranteeing frustration in post. Remember that hair flip you loved so much? Since you didn’t write it down you have to sift through hours of footage to find it, or go with an inferior take in order to save time. Why compromise the best possible version of your film because you didn’t want to do the paperwork?

This is an easy concept but unless you have editing experience it’s not an idea people think about too much. Handles are extra footage before and after the main action in a shot. While only a few seconds long, handles are crucial to the editing process.

Without handles there’s not enough footage available to manage your transitions. Whenever you do a fade or dissolve, footage is overlapped on top of one another in order to create the desired effect. This footage is going to be used whether you like it or not. If you don’t have handles on your footage, the editing program will use whatever footage is available.

New shooters are inclined to record and stop their footage based on when they call ‘action’ or ‘cut’. This causes problems in editing because they’re only recording the meat of the scenes. This causes a plethora of problems, in that vital actions (even dialog) could be cut off when transitions are inserted. You’ll either have to live with the awkward transition or be forced to make a different kind of edit. Either way, it’s an avoidable compromise.

To solve this problem, begin recording footage and have the actors begin the scene before calling ‘action’. Action is just a cue for the actors to begin dialog and other blocked out motions you directed. If your scene takes place in a restaurant, have everyone begin eating and looking like normal patrons and then call action. Then allow actors to continue the scene even after the primary actions are taken before calling cut. This will give you the necessary handles and only adds a few seconds to your shot.

The slate, or clapboard, is one of the most recognizable aspects in the movie making process, but it’s amazing how many new producers don’t utilize it. While the clapboard has become synonymous with “Action” to the general public, it serves multiple practical purposes, many of which are for post-production.

A slate is important on each take because it provides a reference point to sync up audio with footage if you’re recording audio on a separate device. In post you can then sync up the footage of the slate closing along with the clapping sound it makes. This in turn syncs up all of the audio for that take. It is possible to sync audio without it, but the amount of time you save by using a slate is more than worth it.

Slates also provide a great way to keep track of your footage, as they can be used as thumbnails on your footage files. Since they contain information on the scene and take numbers, they’re easy to identify when you’re selecting your captured footage (something that also works well with your shot log).

When you’re just starting out, working with a small crew or handling many tasks by yourself, it’s easy to overlook some of these basic production concepts and ideas. It’s tempting to skip one or two of these in the interest of saving time and moving forward. However, skipping steps in production only adds hours (if not days) of stress to post-production.

Editing isn’t where you want your project to fall apart. It’s like tripping on the last leg of a race. By following these simple steps during shooting, and making these permanent shooting habits, you’ll save yourself a lot of time and hassle … as well as keep your editor from strangling you.

Big productions utilize another tool while shooting that assists in post-production called dailies. They take time to watch the raw unedited footage captured from the day before. By doing so, they’re able to catch mistakes, or realize the extra coverage they want, immediately. Then they’re able to schedule in a couple of quick re-shoots during regular production, rather than the more costly route of having to bring actors back together during your post-production schedule.

Some new filmmakers feel dailies are only for the bigger productions, but that’s not the case. Daily viewing is just as important on smaller scaled projects. With a smaller budget and shorter timetable, ensuring the footage you capture is exactly what you want is vital. Trying to fix coverage or sound issues in post can be costly, forcing you to compromise on your video in ways you might not want to.

During the hustle and bustle of shooting, it might seem inconvenient to set aside a chunk of time to sit down and watch everything you shot the day before. However, taking the time to do this, and organizing your schedule around it can save you future headaches. After all, if bigger productions think it’s important enough to set aside time for, in order to catch mistakes, why shouldn’t the same be true for your project?

Jordan Maison is an editor and VFX artist who’s plied his talents in Web content for The Walt Disney Studios as well as movie and videogame websites.