Early movie cameras were limited by their size and weight. And by early, we mean for the first 150 years of cinema. Throughout the golden age of Hollywood, a camera was a device often ridden across train tracks by a camera operator and a focus puller. Camera movement was bound by this technology, but that didn’t stop cinematographers from moving their cameras — along tracks or with cranes — the smallest amount of movement required an astounding amount of preparation, planning, dedication and off-camera assistance.

Here’s French filmmaker Jean Cocteau filming “The Testament of Orpheus” in 1959. He didn’t always dress like that; he was also acting in the film.

The basic camera moves were all developed in this age of cinema; cameras could move up, down, left or right. They could tilt or pan if you had the proper mount, and zoom if you had a zoom lens.

Every time we learn a new craft or skill, we need to learn the basic moves or techniques that define that function.

Beginning to learn to shoot video, whether for a hobby or a budding business, requires some knowledge of the basic moves that define good video shooting practices. Camera movement is an essential piece of cinematography, as it helps tell the story.

A camera exists in a three-dimensional world and can move anywhere along the XYZ axis.

A camera exists in a three-dimensional world and can move anywhere along the XYZ axis. This means it can move up, down, left, right, as well as forward and backward. So that the director and camera operator can effectively communicate, there are names for each of these moves. This means the director can give a series of verbal instructions, and the camera operator knows exactly what to do without anybody having to get out and draw diagrams.

Let’s look at the basic camera movements that are used in every video and film production, from those used by your wedding videographers to those used by Spielberg himself. Our pictorial examples show a videographer using these moves with a hand-held technique, but they apply best to tripod and dolly use.

Moving the camera’s lens up or down while keeping its horizontal axis constant. Nod your head up and down—this is tilting.

Why do this? Tilting is the fastest way to get from low to high, or the other way around, when you want to show two things, though not necessarily at the same time. You might start focused in on a hand holding a bloody knife and then tilt up to reveal … Macbeth!

Moving the camera lens to one side or another. Look to your left, then look to your right — that’s panning.

Why do this? You might pan across the audience at a wedding to show all the people there. You might pan from one character to someone who walks through the door to elevate the tension that wouldn’t exist with a fast cut.

This is one camera move that most people are probably familiar with. It involves changing the focal length of the lens to make the subject appear closer or further away in the frame. Most video cameras today have built-in zoom features. Some have manual zooms as well, and many have several zoom speeds. This camera movement technique is one of the most frequently-used camera moves and one of the most overused. Use it carefully.

Why do this? It is the easiest way to get from far to close or the other way around. You might start with a wide shot of a concert to set the stage and then zoom in to show one of the performers.

This is a motion towards or motion from. The name comes from the old “dolly tracks” that used to be laid down for the heavy camera to move along — very much like railroad tracks — in the days before Steadicams got so popular. The phrase dolly-in means a step towards the subject with the camera, while dolly-out means to step backward with the camera, keeping the zoom the same. Zooming the camera changes the focal length of the lens, which can introduce wide-angle distortion or changes in the apparent depth of field. For this reason, it’s often preferable to dolly than zoom.

Why do this? A perfect example of this move in cinema history is Alfred Hitchcock’s long dolly shot at the end of “Frenzy.” https://www.youtube.com/watch?v=BRfbuQgJsjY

The camera starts inside a house and then dollies backward, down a staircase, out into a street and then off into the city. What does this tell us? That while something extremely important happened, it’s just one story in a world of stories. Hitchcock’s shot, with a gigantic camera and a huge crew, frantically moving dolly tracks out of the shot as the camera moved backward was groundbreaking in its day, but with today’s lightweight cameras it could be done by a single camera operator.

Trucking is like dollying, but it involves motion left or right. The term “truck left” means “move the camera physically to the left while maintaining its perpendicular relationship.” This is not to be confused with a pan, where the camera remains firmly on its axis while the lens turns to one direction or the other. You might truck left to stay with a pedestrian as she walks down a street rather than using a pan, which would show her back after she passed the camera.

Why do this? You’d truck if you want your camera to subject distance to stay the same. For example, you might truck the camera parallel to a person walking down the street to keep them in the frame. Lots of trucking in movies is done from the window of an actual truck. So this isn’t a bad way to remember it. In the training montage in the 1976 Best Picture Academy Award Winner, Rocky, directed by John G. Avildsen, there’s a truck shot—from a truck—following the titular character along the waterfront as he runs. The trucking shot allows the viewer to stay with Rocky and see how fast he’s actually going.

Now that you understand the basics, here are a few more advanced camera movement techniques. Some of these usually require the use of a steady device and one or two crew members to execute smoothly.

Sometimes the action is moving too quickly or too unpredictably for the camera to be on a tripod. This calls for making the camera more mobile and able to follow the action of a scene. Most times, the camera will simply be held by the operator, who will then employ a number of basic camera moves by moving the feet, dollying in and out, trucking in one direction or another, tilting, panning, zooming, and performing combinations of all of these.

Why do this? Handheld shooting can be very bouncy, giving the viewer a sometimes subtle feeling that they’re watching news or a documentary. For reference, check out the handheld shooting in the 2008 horror flick Cloverfield; the goal of this isn’t to be fancy, but rather to make us believe the movie was shot by an amateur (and is therefore real): https://www.youtube.com/watch?v=3GyymwE4LLs

The Steadicam was invented in 1971 by Philadelphia native Garrett Brown. Famously used in the jogging sequence in “Rocky” and extensively with exceptional effect in the Kubrick masterpiece, “The Shining.” It uses a series of counterweights — and gyroscopes on more-expensive models — to keep a handheld camera’s motion very smooth. Although the term “Steadicam” is used often, this is a trademark name belonging to the Merlin company.

Why use it? A Steadicam or 3-axis gimbal gives you the freedom of shooting handheld while keeping your shot perfectly stable, eliminating the distracting shake that often occurs when your camera is unsupported. Here’s Garret Brown’s famous Steadicam shot of the little boy riding the Big Wheel from Stanley Kubrik’s 1980 masterpiece The Shining: https://www.youtube.com/watch?v=cy7ztJ3NUMI

A crane can be used to lift a camera—and operator, if it’s big enough—from low to high shooting positions. Less expensive jibs can support the weight of a camera and lift it several feet off of the ground. Sometimes a crane will be called a boom, but the boom term usually applies to the device that holds a microphone aloft. For an extreme version of this elevated angle, consider using a drone to capture an aerial perspective.

Why use it? You want to show things from a different angle. One example is the crane shot at the end of Robert Zemeckis’ 1985 “Back to the Future” where genius inventor Dr. Emmet Brown, played by Christopher Lloyd shows off his new and improved Time Machine, built out of a Delorean, and takes off down the road—and as the camera cranes up, it starts to fly showing that in The Future, where we’re going– cars travel in three dimensions.

The even crazier camera movement techniques

Spinning your camera around on a string? What do you do when you have zero budget but a really small and cheap camera? If you’re really clever you invent a new camera move and build a music video around it. Indie musicians Matt & Kim attached a GoPro to a homemade stabilizing fin, put it at the end of a piece of rope and swung it around their heads recording at 240 frames per second. The results are amazing.

Why use it? You’re a genius with no budget for equipment. Check out Matt & Kim’s Video for Let’s Run Away.

Putting it all together

Just because you’re not in school for video production doesn’t mean you shouldn’t be doing homework and practicing to improve. Your mission, should you choose to accept it, is twofold.

First, identify basic camera movement techniques while watching movies and television and deconstruct them in your mind. Is the camera trucking or zooming? Is the camera on a crane? Or is the operator merely sticking his head out of a window?

Second, utilize all of the basic camera movement techniques in production. Understanding how the moves work gives you a series of new tools to help build productions in the future. If you’re already using all of the basic camera moves, consider buying or renting a stabilizing rig or a jib for your next production. Experimenting is half the fun of making videos, and coming up with a new move that wows viewers while helping to get your story across is extremely satisfying. 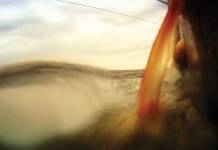