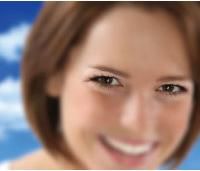 Unlike color balance or underexposure, which you can fiddle in post, you get only one shot at getting your focus right. Focus isn’t everything, but it’s close. Of all the things that impact the effectiveness of your shot, focus is at the very top of the list.

Focus isn’t everything, but it’s close. Of all the things that impact the effectiveness of your shot, focus is at the very top of the list.
Focus is the point at which rays of light converge. Focus is not absolute and depends on a number of factors, such as the size of the aperture the rays of light are passing through, and the quality of the lens. Focus exists on a range, perceptible to the human eye, along a scale commonly defined from “sharp” to “blurry.”

The acceptable amount of blur in an image depends on a number of factors. The light-sensitivity of the object the rays fall onto and the resolution of the output device are two primary ones. Additional factors include the rarity of the image (the Rodney King video would have sold if it were in perfect focus or not) and the expectations of the viewers (it’s fine if your Uncle Bob has out-of-focus video of your wedding, but the videographer you paid must have perfectly sharp video).

We’re going to take a look at what, exactly, makes focus happen and look further into how to make focus work for you.

What Is a Lens?

Every opening through which light passes functions as a lens. “What?!” you might ask, “like my living room window?” Yes, your living room window is indeed a lens, projecting your backyard onto the wall of your house. It’s just very out of focus, due to a phenomenon called circles of confusion – in which multiple in-focus images are being projected, one on top of the other, on the wall, each slightly out of register. The result is an image so blurred that you see it only as light. You can actually cut down on the circles of confusion and sharpen this image into something you can resolve by stopping down your window the same way you’d stop down your video camera. Try covering all of the windows in tin foil until the room is completely black. Then open up a small hole in the center of one window about the width of a quarter, and hold a white panel, such as a projector screen or piece of white cardboard, across from the window. After your eyes adjust, you’ll actually see whatever is on the other side of that window, projected onto the screen. This is known as a camera obscura – using a building to project an image. The ancient Chinese discovered the camera obscura, Aristotle used one to view a solar eclipse and painters such as Vermeer used them as aides in sketching. As you widen the hole in the foil, you will see more copies of this image projected on top of one another, and you’ll notice it getting blurrier and blurrier.

The lens on your camera imitates the lens of your eye: the principle is the same functionally but not physically, as your camera’s lens is made of glass or plastic and not organic tissue. Lenses work much better than a pinhole to converge light rays on the CCD of your camera, because the lens actually bends the light to a point of convergence. There are two types of lenses: concave, which makes things appear smaller, and convex, which makes things appear larger. Alone, these are called elements and are put together in your camera’s lens in groups. Each element has a specific purpose which might fix an aberration caused by another element. Your lens might advertise “seven elements in three groups.” Typically, it is better to have more elements and groups, but it’s more expensive. As lens design becomes more accurate and reliable, this will probably cease to be the case.

Bokeh: The Beauty of Out-of-Focus Areas

Like any specialized field, videography and related fields (photography and cinematography) come with their own specialized vocabulary. A word that’s useful here and pretty much nowhere else is bokeh (bow-KA), a Japanese term for which there is really no English equivalent. It means “the quality of the out-of-focus area in a picture.” Yes, there is good bokeh and there is bad bokeh, and being able to notice the two will get you nods of approval from your peers. You can use good bokeh to isolate a person or thing against a softly-blurred background. Wide apertures mixed with long lenses typically provide the best bokeh. You’ll very often notice a professional videographer using a long telephoto lens, wide open, shooting a character from a considerable distance, to blur out the areas in the background. Using wide angle lenses and small apertures gives you a deep depth of field, keeping both your foreground and background in sharper focus.

Experiment with using the widest aperture possible, and examine the out-of-focus background areas. Pay attention to the out-of-focus areas in the shots you see on TV and in movies. How are the videographers and cinematographers using this to further their stories?

Nearly all modern video cameras have options for auto and manual focus. Auto-focus lenses work by finding vertical lines and lining them up. This means it’s relatively easy for an auto-focus camera to quickly and accurately focus on something like a line of trees, but very difficult for it to focus on a blank white wall. Auto focus typically also looks for an object in the center of the frame to focus on, which can be difficult if you’re composing using the Rule of Thirds (as you should be). For situations like this, manual focus is called for. Manual focus is sometimes more accurate, but it is difficult to do in situations where subject-to-camera distances change.

Focus on the Eyes

Any part of a shot can be out of focus, as long as a person’s eyes are in focus. For people who are wearing glasses, it’s acceptable to focus on the frame, because it becomes a substitute for the eyes. But rule number one must be “keep the eyes sharp.”

In watching dramatic TV series that often contain low-light situations, you will occasionally see a shot that’s not exactly in sharp focus. Having a not-perfect shot is something you may have to deal with from time to time. But keep in mind that focus is one of the most critical aspects of your production, right up there with lighting. As high definition becomes the standard for video production, focus will be even more important.

Ever since people began using optical devices, they’ve had trouble focusing them. The viewfinder, while convenient, has always been smaller than optimal. This leads landscape photographers with gigantic 8×10 view cameras to hide under a dark cloth with a magnifying glass pressed onto the focusing glass to make sure the image is razor sharp. On vintage camcorders, a magnifying glass was usually built into the eyepiece, making the little one-inch screen seem a little larger. Videographers today often bring larger monitors with them on location.

Focus is especially critical in HD video. These days, it’s typical that you’re performing your focus on a 2.7-inch LCD screen, and your viewers are going to be watching it back on a 52-inch LCD screen. Being off by a fraction of an inch can be extremely noticeable. Expensive, high-end professional camcorders have long had a pair of useful focus-assist tools that have recently found their way onto consumer gear: these are Magnify and Peaking. Both of these assist in manual focusing.

Magnify (also called expanded focus) is exactly what you’d expect: when selected, the viewfinder “zooms in,” doubling or tripling the magnification and allowing you to view the focus critically. This is actually better than holding a magnifying glass up to the viewfinder, because you’re using your whole viewfinder to view a small area of the image.