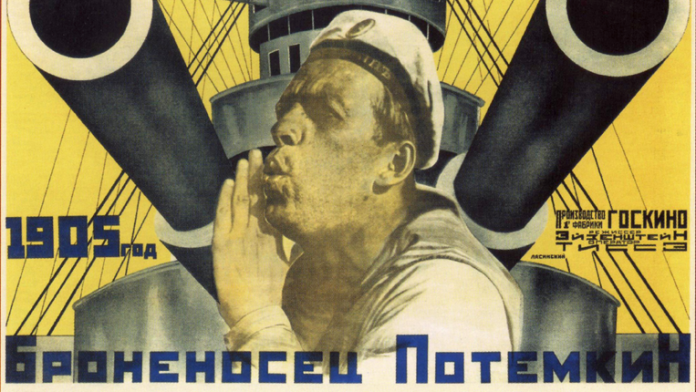 The montage is a foundational element of film theory, dating back to the origins of the modern cinema. The use and interpretation of the moving image has changed in direct correlation to technological changes over the past century. The challenges facing today’s editors are some of the same challenges that were faced by early artists and film theorists. Fortunately there’s a simple solution to these problems, and that solution is the montage.

In film theory, a montage is the assembly of various clips, strung together to create a deeper meaning. It is the concept that a collective sequence is greater than the sum of its individual parts. The word itself, montage, is the French word for assemble or editing. From the perspective of today’s cinema, a montage is a sequence of varying shots, edited together to make a larger narrative statement than made by any of the shots individually. Montage is an essential tool in video editing.

Early Soviet filmmakers are credited with exploring and developing the film theory behind the montage. It’s a common belief that the Soviet theorists were driven to the montage by not only their artistic aims but by technological limitations. The most notable example of the Soviet Montage is the Odessa Steps sequence from Sergei Eisenstein’s 1925 film, Battleship Potemkin.

The Theory of Montage

The early Soviet filmmakers theorized that through editing, shots could be placed in a juxtaposition to one another to create a relationship. This is the montage, which they believed worked through a dialectic process. A dialectic relationship centers around thesis, antithesis, and synthesis. The thesis is the initial shot, the presumptive statement first made in a narrative. The antithesis, in montage theory, is an opposing force that stands against or in contrast to the thesis. The synthesis is the resolution, the new meaning derived from the comparison and contrast of the thesis and antithesis.

Eisenstein saw the intellectual method as a visual language, one in which deeper concepts could be conveyed through the combination of various images.

The intellectual method is found in what is known as the Kuleshov Effect. Kuleshov edited a film, using a single shot of an expressionless actor, alternating the shot with a female in a coffin, a bowl of soup, and a reclining female. Although it was the same shot of the male actor, audiences responded differently each time, stating he was sad, that he was hungry, or that he was filled with lust. The meaning of the shots is derived from their placement and context within other shots, not from the content of the shot by itself.

The early Russian filmmakers used the montage to create meaning, superseding narrative. In recent years the montage is most often used to support a narrative. Today’s edit bay is filled with content from a wide variety of sources, delivered in different formats, at different sizes, and even with contrasting aspect ratios (Hello, vertical video.) This means the montage is a powerful technique for today’s editors. There are some differences between the montage of today and the one of yesteryear. The main differences come from technology, those being sound and compositing tools.

Eisenstein and the other Russian film theorist were working with silent films, it was a visual medium only. Today, audio plays a crucial role in editing. Recent trends in editing have seen the rebirth of the montage. Editors are using the natural sound from their footage to create a rhythm in their edit. In other words, the audio track is the primary vehicle for shaping the montage while the image is secondary. Visual meaning is created by the collective sequence of clips while the pace of the edit is dictated by the sound.

The early Russian editors dealt with primarily straight cuts, literally cutting the film and splicing two pieces together. Compositing tools, such as Adobe After Effects, are commonplace in today’s edit bay. Through compositing, editors are able to create visuals and place images in a juxtaposition that weren’t possible 100 years ago, creating evermore complex meaning through the collision and overlapping of elements.

Though the technology and applications have changed, the montage carries with it a long standing film tradition and is relevant on the multifaceted screens of today. As it’s been said throughout the years, everything old is new again.