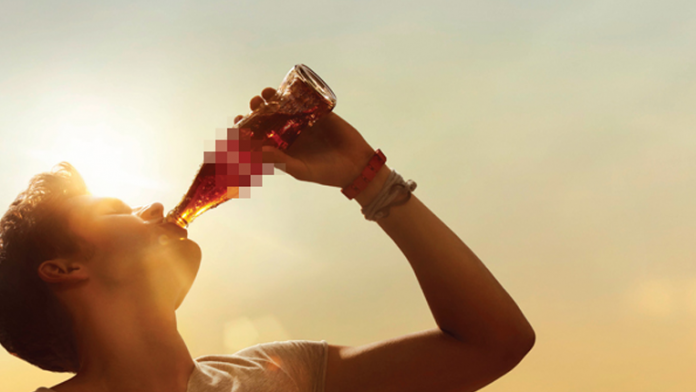 A trademark, according to the United States Patent and Trademark Office (USPTO), is a word, phrase, symbol or design, or a combination of words, phrases, symbols or designs, that identifies and distinguishes the source of goods of one party from those of others. A service mark is the same as a trademark, except that it identifies and distinguishes the source of a service rather than a product. We all know a trademark when we see it. Coca-Cola and Marlboro are the most famous marks in the world.

In addition to printed material, trademarks can also be sounds, like the tick-tock sound of the 60 Minutes T.V. program or the sound of a Harley-Davidson motorcycle engine. Even colors, like purple Owens-Corning building insulation, can be trademarks to distinguish a product from other products.

Registered trademarks can be, and usually are, printed or displayed with an encircled R – ® – to indicate they have been registered in the USPTO. If they haven’t been registered, a superscript T.M. or S.M. indicates the owner of the mark considers the mark to be proprietary and has certain common law rights.

If every Coca-Cola bottling plant were to burn down this afternoon, for example, the company would be able to borrow enough money based on its trademarks alone to rebuild every plant tomorrow.

To say the value of a trademark can be significant is an understatement. The Coca-Cola trademarks are estimated to be worth $500 billion. If every Coca-Cola bottling plant were to burn down this afternoon, for example, the company would be able to borrow enough money based on its trademarks alone to rebuild every plant tomorrow.

When is it safe to show a trademark on screen without permission? First, consider the basic standard of trademark use: if a trademark is used with a product or service, is there a “likelihood of confusion” regarding the source of goods or services?

In other words, ask yourself if someone is likely to be confused as to the source of the soft drink if you show a Pepsi-Cola bottle or Scotch tape or a Rolls Royce automobile in your video. In almost all cases, such a display of another person’s or company’s logo will not be confusing. A person lighting up a CAMEL cigarette, for example, is using a product manufactured by the R.J. Reynolds Tobacco Company. No confusion exists. Ask yourself whether your display of someone else’s trademark in your video will harm the trademark owner. If no harm will occur, you need not get permission from the trademark owner.

One of your corporate clients may want you to produce a commercial for its products. Of course, you are free and even encouraged to display the trademark(s) associated with your client’s products. The more the trademarks are on screen, the better, as far as your client is concerned.

The Pepsi/Coca-Cola controversy – the so-called Pepsi challenge – was a good use of a competitor’s trademark. Members of the public were asked, on screen, to blind taste both products. Eventually, both trademarks were shown. Pepsi claimed more than 50% of the participants prefer the taste of Pepsi. Pepsi could lawfully display the Coca-Cola trademark as long as the statements in the ad were not false. But Pepsi didn’t stop there. It produced and broadcasted a series of T.V. commercials that showed Coke and Pepsi dispensing machines side by side, always to the advantage of Pepsi.

Of course, if you are producing a commercial, advertising another’s product and passing it off as your own, that is a different story. That is blatant trademark infringement, punishable by law.

Can you produce parodies that include trademarks belonging to other parties? The answer is definitely yes, as long as you don’t attribute harmful, false effects to characters that use those products. If you shoot a child eating CHEETOS and immediately going into paroxysms of coughing, you may get a stern letter from the Frito-Lay Company. But parodies have a great breadth of protection. It would be difficult, if not impossible, for a trademark owner to prevent you from including its marks associated with products in your videos. That is why the Saturday Night Live program gets away with humorous sketches of commercials poking fun at all sorts of products and services, from “Amazon Mother’s Day” to “Z-shirts.”

In most cases, you are safe to display trademarks associated with products in your videos. No permission from the trademark owner is necessary. In fact, trademarked products placed in major motion pictures can represent valuable advertising for companies.

The only reason to blur a trademark in your video is if the trademark owner doesn’t cooperate with you and refuses to pay you for placing the product in your production. You may not want to give that trademark owner free publicity.

Product placement is worth so much to certain companies that the producers of major motion pictures can charge significant fees to those companies for that exposure. For example, it has been reported that the next James Bond film, “Spectre,” will receive some $45 million from product placement agreements, which is one third of the film’s production budget.

Previously, Steven Spielberg’s “Minority Report” held the record, receiving $20 million from product placement agreements. Here are some other examples: Reese’s Pieces figured prominently in the film “E.T.” Dr. Pepper appeared in the first “Spiderman” movie. A lighted, billboard-sized Coca-Cola sign became the backdrop for “Superman II” when a character crashed into it. See how many products with their trademarks appear in the next commercial movie you see.

Mark Levy is an intellectual property attorney based in Evergreen, Colorado.