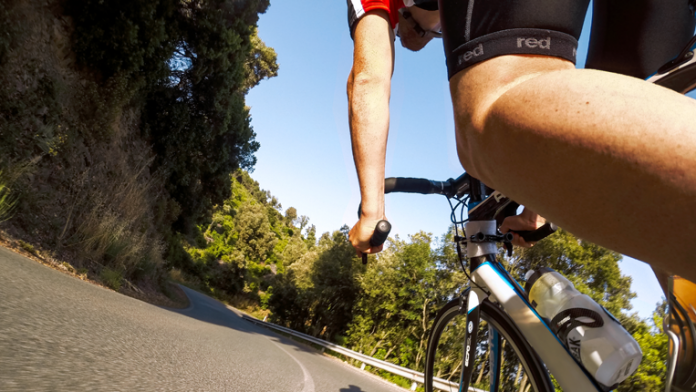 When most people hear about action videos they think of extreme sports videos showing people doing really crazy stunts in some of the most beautiful parts of the world, but one thing that identifies an action video is the style in which it’s filmed — usually through the use of a wide angle lens and a camera mounted either on the side of a helmet or on a vehicle of some sort, showing the audience a point of view that isn’t found in other videos. After seeing the first 100 action videos, however, these styles start to get old, and even if the content of the video is amazing, some viewers might get bored as they’re basically watching the same video shot in a different location.

Shoot For Your Story

An important thing to keep in mind with any video, not just action videos, is to shoot for the story. Every video tells a story of some sort, and the style in which it’s shot helps to sell that particular story or idea. The usual go-to style of mounting the camera on a helmet to create a POV video is used to help tell the story of the person carrying out the actions in the video, but there might be other stories to tell that require different angles. It’s important to familiarize yourself with the different angles out there and see which one works best for you, as well as to look into alternatives of your own.

It’s important to familiarize yourself with the different angles out there and see which one works best for you, as well as to look into alternatives of your own.

For instance, If you’re making a biking video, instead of — or in addition to — mounting a camera on top of a helmet as usual, try mounting it to the side of your subject using an selfie-stick or handle to include the subject and the environment. You could also try angling the selfie-stick for a bird’s eye shot from directly above to tell a different story than that of the typical first-person journey.

The key is to make an effort to look for angles that aren’t seen in your everyday action video that could help tell your story in a more compelling way.

If someone were to look at a standard action video and then look at one with new and unorthodox angles, they would be more interested in the one with different angles because it’s something new and outside of the box.

A good way to achieve this effect in a video project is to have a fresh perspective. Looking at the similarities between other videos can help you make yours more interesting. For example, action videos that feature a person running in them will usually have the camera mounted on the person’s head or on a chest mount, but if you go for a shot that isn’t usually seen in videos like these, such as mounting the camera behind them on a monopod to give a wider scope to the shot, you can give the audience a completely new viewpoint to an action like running. If you want to give the video a Guy Ritchie feel, you can strap the camera to your subject’s wrist or foot.

Skateboarding videos are another popular form of action video where the camera is once again strapped to a helmet or chest mount. Taking a different approach, like mounting a small action camera under the board as it glides over the pavement, gives a completely new viewpoint and sparks more interest with your audience. Using these angles, you can move away from the norm and add your own style to an often repeated type of video.

Don’t Stick to Just One Angle

With all of the above points taken into consideration, it is also good to remember that two angles are better than one. Wherever possible, try to get multiple shot angle. This way you have several options to choose from when editing, and you can give your audience several viewpoints of the action to emphasise the action or story of the video.

For instance, start with a close up of the action in one shot, then suddenly cut to a range of wide shots from different angles to reveal just how impressive the scene is as well as more about the environment in which it’s taking place. Another advantage to multi-angle editing is that it gives viewers a wider variety to look at rather than the one standard shot that can often be seen as boring, especially when held for too long in the edit.

When planning your action videos, always take a look at similar videos to the one that you are thinking of making and think of alternative angles that can be used to make it more interesting. Think carefully about the story you wish to tell with your video and how the different angles you use will help tell that story. Once you have all of these factors figured out, make sure to get as many different angles of your shots as you can to make the best action videos possible.

With a passion for filmmaking and exploration, Antonio is always trying to push the limits of the industry, often working as a one man film crew.