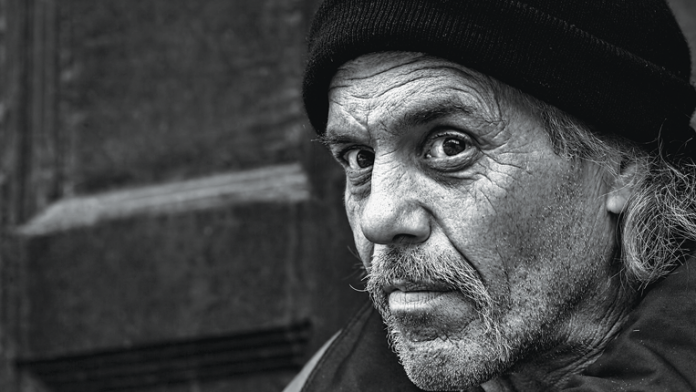 Before getting into how best to harness objectivity to serve your documentary story, a quick historical review of this most-coveted of journalistic ideals might be useful.

Journalism historians tell us that the arrival of objectivity in the press coincided with the decline of corrupt party politics and the rise of the progressive era in the early 1900s. Until then, newspapers openly served the party machineries of the day, promoting the agendas of one party and slagging those of opponents. Progressives cried foul at this blatant public partisanship that ensured that only the dominant voices of the powerful had access to the press. For authentic public debate to take hold, it was essential to build an impartial press whose job it was to examine and sort out all voices.

One of the most influential journalists of the day, Walter Lippman, lamented, in his 1920 classic, Liberty and the News: “The work of reporters has thus become confused with the work of preachers, revivalists, prophets and agitators.” To Lippman, reporters were no more than “untrained accidental witnesses.” Lippman insisted that what was needed to keep the American democracy project going was “impartial, expert professionals.” He and others pushed for the professionalization of the fourth estate.

Across the country journalism schools sprang up to train reporters not to let personal and cultural biases get in the way of accurate reporting. To make news stories more easily understood by readers, journalism teachers invented the inverted pyramid which taught reporters to line up the facts of a story with the most important first and the least important last. This storytelling practice has survived print news reporting to this day. But the inverted pyramid is the exact opposite of the way we want to tell documentary stories.

“It’s not the facts that touch people. It’s how you recount the facts that makes the story universal.” Jean Xavier De Lestrade (“Murder on a Sunday Morning;” “The Staircase”)

We will not be unpacking a point of view, or argue a position, or promote a policy, but rather we will try to discover what the story is about on behalf of our audience.

What holds it all together in objective storytelling is remembering that we are creating stories for audiences, not for ourselves and not for officialdom. We will not be unpacking a point of view, or argue a position, or promote a policy, but rather we will try to discover what the story is about on behalf of our audience.

When you’re first shopping for documentary story ideas, ask yourself: Will audiences care about this story? Will they be affected by it? Will it bring understanding?

Your job is to produce stories that are relevant to the audience and to bring understanding to an issue or event.

Whose Story is it?

Find a way to tell your story through people. Here’s how: Research and focus.

The most challenging work in documentary creation is finding the story and shaping it from your captured footage — the art of what to leave out. You can save significant production and editing time if you focus your story before you go out and shoot.

Let’s say your doc is about homelessness. The news hook is a funding announcement: The city has found funding for a new public housing project that will help get people off the streets. That’s the event. Not the story.
You’re in research mode. You haven’t shot a thing. You’re collecting the facts — when, where, what, who, why and how much.

Find people who are affected by the event: people who are homeless and people who work with the homeless and pre-interview them. Then pre-interview official sources about the new funding and about public housing policy in general. Dig into the news archives for similar stories; scour city hall records for previous funding levels and housing policy initiatives; sift through state-wide data and statistics for trends; find out first-hand from politicians, administrators and front line social workers what the current state of homelessness in the city is.

Collecting information for variety of potentially opposing voices tells you that the policy announcement falls short of previous government promises and that most homeless people won’t see the effects trickle down for years to come.

Documentary stories are about people, what they’re doing and why they’re doing it. That should be your focus. From your research, figure out what your people story is, put the facts together and write out the focus in one simple sentence.

Here’s an example. Sam, a 50-year-old homeless man, will continue to rely on the shelter system for housing because the city’s new funding for housing has been earmarked for families in crisis.

As another example, the Johnsons, a family currently living from day to day in temporary social housing, will have their lives changed forever because new city funding will put them at the top of the list to receive permanent housing as early as next month.

Focus sentences do not have to be scintillating prose, but they should contain your main character(s), what the action is and and the why of the story.

The why of the story is contained in the because clause: Why is your main character doing what he or she is doing?

Narration in a journalistically-driven story does not try to persuade. Narration is typically used sparingly to give context and background information that helps audiences better understand the story. Sometimes actuality or a talking head doesn’t quite articulate or explain what’s going on. Narration can explain and prevent confusion.

An objective approach to documentary storytelling in which we hear from a variety of voices not only brings balance, but delivers a more complete story. When we tell a story about an issue, we include the facts, the stats, the context and the official voices. But making it a people story by telling it through the eyes of people affected by the issue at hand ensures that audiences identify with, and care about story participants. Empathy brings understanding.