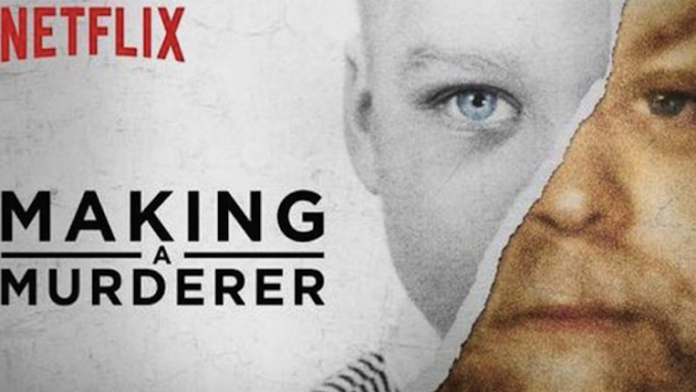 Are documentaries inherently biased? Most of us would argue that, of course, they are. We expect independent filmmakers to bring their personal worldviews to their films. That’s why we watch them.

Even the master of observational documentary, Frederick Wiseman, who has made a career of keeping commentary and bias out of his films, admits, “Everything about movies is distortion.”

Who the subjects are in a documentary, where to place the camera, what action to shoot, which scenes to include and what to leave on the cutting room floor are choices the director makes. All documentaries are constructions and the viewer discovers the ‘truth’ in a film through the director’s assembly of cinematic choices – choices which inevitably represent the filmmaker’s version of the truth.

For the late cinema verité pioneer, Michel Brault, truth in documentary was unattainable. “We can’t think we’re creating truth with a camera,” said Brault. “But what we can do is reveal something to viewers that allows them to discover their own truth.”

Wiseman, cut from the same direct cinema cloth as Brault, concurs. He says that when he reads fiction he doesn’t like novelists telling him what to think about situations and characters. “I prefer to discover for myself,” says Wiseman whose films are pure reportage — no exposition, no talking heads, no narration, not even titles or time stamps. What you get in a Wiseman film is assembled sequences of actuality, long scenes of what people are saying and doing.

But even with this unmediated approach, Wiseman admits his bias bubbles through: “What I think about the subject matter is what you see in the final film.” In his 1969 classic, “Highschool,” what comes through is that high school education is mostly about learning obedience. With a shooting ratio of 30:1, Wiseman typically spends a year in the cutting room to assemble his choices and shape the material into “a narrative, dramatic structure in which each segment has its proper place.”

Another verité icon from the 1950s, Wolf Koenig, put it succinctly: “Every cut is a lie. Those two shots were never next to each other in time that way. But you’re telling a lie in order to tell the truth.”

The synonyms for bias — non-objectivity and prejudice — seem harsh when applied to the well-intentioned work of filmmakers dedicated to presenting a higher truth.

For a 2015 study entitled, “Dangerous Documentaries: Reducing Risk when Telling Truth to Power,” independent documentary makers were surveyed by the Center for Media and Social Impact, a research hub at American University in Washington.

CMSI researchers found that bias and objectivity represented huge cultural differences between independent documentary makers and TV journalists, whose docs are typically mediated by narration, stand-ups and talking heads. “Journalists have traditionally expected to provide an account that can be justified as balanced,” reads the CMSI report. Whereas, “Filmmakers generally expect their work to be seen as fair, but not necessarily balanced; they treasure the emotional power and resonance of a point of view.” According to the report, documentary makers who responded to the survey, “believed that they were obligated to provide a generally truthful narrative or story, even if some of the means of doing that involved misrepresentation, manipulation, or elision.”

Pop doc-makers like Michael Moore and Morgan Spurlock and guerilla filmmakers like Josh Fox have been criticized for committing exactly these offences to hammer home their points of view and biases.

Spurlock’s “Supersize Me” (2003) is a participatory doc in which the filmmaker proves that too much fast food makes you sick by going on a McDonald’s binge for 30 days. A pioneer and master of reality TV, Spurlock knows how to keep the shtick going for 90 entertaining minutes of setup sequences, at the end of which we discover what we pretty much suspected: Living exclusively on a fast food diet can’t be healthy. Although entirely contrived to reinforce Spurlock’s POV, the documentary appears to have started conversations about healthy eating. Six weeks after “Supersize Me” won Top Director at Sundance, McDonald’s took the super size option off its menu and released ads in which kids are talking up healthy options. Coincidence?

Speaking of contrivance, Michael Moore and his people spent a month setting up the famous “Bowling for Columbine” scene in which the filmmaker walks into a bank to open an account and walks out with a rifle. In their documentary “Manufacturing Dissent: Uncovering Michael Moore,” filmmakers Debbie Melnyk and Rick Caine uncover that yes, a gun for opening a new account was the bank’s promotion; but no, getting the rifle was not that easy. In Melnyk and Caine’s doc, bank employees explain what Moore fudged in “Columbine,” his 2002 Oscar-winning indictment of gun violence: Six weeks after a customer opened a new account, the bank would ship the rifle from its warehouse, 200 miles away to a licensed gun shop near where the customer lived. Only after going through a security check would the customer be able to pick up the rifle. Was this the filmmaker telling a lie to tell a higher truth about the ready availability of guns?

Remember the iconic scene in “Gasland” (2011), Josh Fox’s anti-hydrolic fracturing movie, in which a man sets fire to the water coming out of his tap? According to a Forbes magazine article by University of Houston engineering prof Michael Economides, gas mixing with groundwater is a natural phenomenon and people have been able to light their water on fire in these parts of Colorado since the 1930s — long before natural gas drilling. Flaming water coming out of the tap apparently had nothing to do with fracking. Still, the powerful imagery and storytelling in Fox’s Oscar-nominated doc are said to have ignited the anti-fracking movement. The news site IndieWire wrote, “‘Gasland’ is the paragon of first person activist filmmaking done right.”

The Ends of the Spectrum

If observational or ‘fly-on-the-wall’ filmmaking occupies one end of the spectrum, and journalistic docs that aim to present a variety of views occupy the middle ground, then the other end of the vast orbit of documentary styles is held down by films explicitly designed for cinematic impact to deliver the filmmaker’s bias and point of view.

In his seminal “Directing the Documentary,” doc educator Michael Rabiger concedes, “Like journalism, documentary filmmaking involves reduction, simplification, rearrangement and re-creation — all hazardous to the truth.”

In “Making A Murderer,” the chilling Netflix true-crime series, the filmmakers went out of their way not to simplify. They shot thousands of hours of video over a period of ten years and even moved from New York City to North East Wisconsin for ongoing access to their subjects — two men who were tried and convicted of murder. Nevertheless, even after documenting in detail the process of how the men were convicted and showing it in ten one-hour documentaries, filmmakers Laura Riccardi and Moira Demos are fending off accusations of bias. Confronted by a BBC interviewer that “Making A Murderer” is biased towards the defence and against the state, Demos answers, “We pointed the camera at people and we’re showing people what happened.”

What more can we ask of a documentary maker? We know that inevitably the filmmakers had to reduce, simplify and rearrange.

Peter is a seasoned script-to-screen television and video producer and trainer, as well as a writer, director, shooter and editor specializing in documentary, current affairs, reality television and educational production.