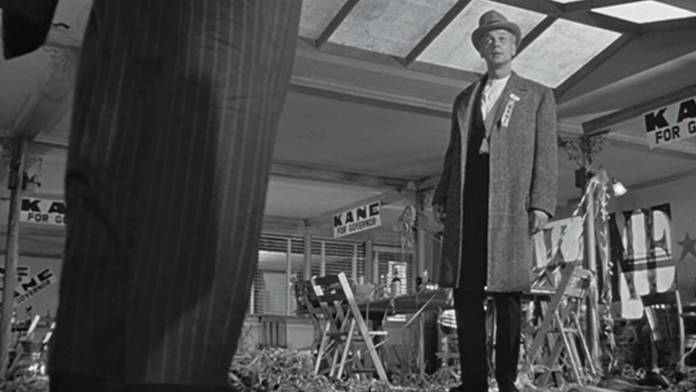 When crafting a narrative film, you’re going to be filming a fair amount of dialogue scenes. Dialogue is how viewers gain insight into your characters while moving the plot forward. Failing to film these scenes correctly will negatively impact your film and the way people watch it, so we’re going to discuss some of the important things you need to keep in mind while you’re on the set for these specific moments.

Filming dialogue intensive scenes isn’t dissimilar to any other scene you’d shoot on the set. Recording them is more about how you want a conversation to be conveyed rather than simply getting footage in the can. Everything from how you direct your actors to the framing of the shot should work toward this goal. This means you need a clear vision in your head before the cameras roll and the technical know-how to get it done.

When recording scenes without dialogue, directing actors is a matter of telling them to get from point A to B. When you throw dialogue into the mix, a tighter control over blocking (an old stage term that refers to where actors are and what they’re doing) is necessary.

This isn’t busy work to make the scene interesting during speaking periods, the blocking actions you give actors should serve the overall purpose of the scene and what you’re hoping to convey. If the actions performed don’t match up with their dialogue, there’s a disconnect for your audience. Instead of engaging the viewers, they’ll be pushed away, trying to figure out what feels off.

How you film a dialogue scene can have a dramatic impact on the tone of the scene, how characters are perceived and what audiences feel.

Say you’re filming a scene in which a group of people are meeting secretly to conspire against someone. In a scene like this, encourage actors to sit close to one another, cramming them into the frame to give the feeling of them being all in this together. They’re being watched, they have to meet in secret, and they are most definitely not comfortable. By sitting so close, the audience will sense the discomfort and the intimacy of the meeting.

Having actors check over their shoulders and sit hunched over to hear better are great ways to make them seem nervous and give the scene a sense of urgency. This type of blocking sets the tone for a scene, which in turn enhances the dialogue within it. If you did the same dialogue scene with the main characters spread out around a big room and lounging in their seats, this would create a drastically different feel from our previous example.

An ironic gap between dialogue and the actors’ blocking isn’t always a bad thing, and there are times where it works for the story you’re telling. However, it’s a decision you need to make ahead of time and consciously direct your actors to perform. It shouldn’t be an accident to be dealt with in post-production.

The angles from which you choose to shoot your dialogue can have just as much impact on the tone of the scene as blocking. If you’re filming a scene that’s meant to be fast-paced with a sense of urgency, using long, wide shots isn’t going to work. On the other hand, if you want a more relaxed tone to the scene, a series of extreme close-ups isn’t the way to go.

More than setting the tone, how you frame actors impacts how audiences perceive a character. In the conspiracy scene you might cram most of the actors into tight shots, but have a shot of one person by himself with plenty of space. This gives the impression that he’s a loner, apart from the group in some way. Highlighting him lets audiences know this person is important and should be watched.

Say there’s a character in the conspiracy group who isn’t very smart. Angling the camera downward on this character makes the audience feel they’re looking down on him. Conversely, using an upward angle on a character makes him/her seem larger than life; an indication that this person could be the group’s leader. 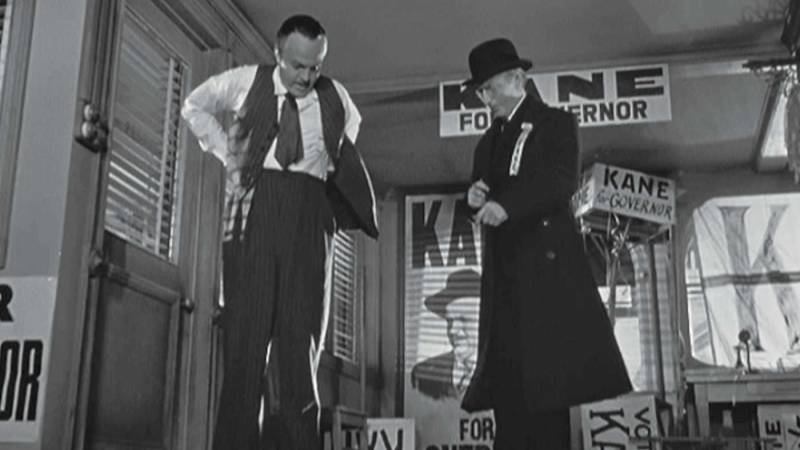 Simple camera tricks can yield massive results in terms of how audiences perceive your dialogue scenes. You can make something intimate, awkward, show who’s in charge and foreshadow upcoming events, all by creatively working your angles.

…But Remember the Rules

Using dynamic shots to enhance your dialogue is great, but the technical aspects of filming can’t be ignored. There are certain “rules” to keep in mind while recording conversation scenes, the same as you would follow while shooting the rest of your film.

Even in a more intimate scene, it’s critical to do some kind of master wide shot to show all the speakers in the scene. This keeps the confusion down, allowing audiences to know where the speakers are located when jumping between the tighter shots.

Once you’ve ensured you’ve created a clear vision of the scene, then you can start working on the angles you want for crafting the tone of the scene to go with the dialogue. Planning your shoot in this manner will ensure your film is technically sound, while still giving you room to experiment. Other rules to keep in mind while filming dialogue include:

Keep Focus With Depth of Field & Over the Shoulder Shots

A common shot for dialogue scenes are over the shoulder angles, which can be useful for showing the interactions between characters. The sad reality, however, is that many young filmmakers shoot these all wrong.

The person talking is the focus, so make sure your over the shoulder framing reflects that. Two-thirds of the frame should be dedicated solely to the speaker, with the remaining third on the character whose back is to the frame. Half and half doesn’t work, as it keeps viewers’ eyes bouncing between both without any clear distinction on who’s the focus. Plus, you don’t want to cover up the speaker with someone’s back.

When you flip the camera to the other side of the set-up, you have to keep the actors on the same sides of the frame, following the 180 degree rule mentioned above. If an actor is on the left in one shot, he needs to be on the left side in the other shot. The difference is whether you see him from the front or back. This prevents confusion and breaks in the axis. Make sure to shoot the entire dialogue exchange between actors from both angles, as well as in a wider two-shot. This way, you’ll have more control over the scene during editing.

The point of dialogue in any film is to give viewers insight into characters and move the plot forward. If you can do that without a big boom pole dangling in your shot, you’re on the right track. The tips we’ve given here are designed to help you take those scenes to the next level and engage your audiences, but don’t follow them at the expense of the clarity of your message. Keeping these things in mind will result in a better scene and an overall better film.

As is the case with any scene, cutaway shots from the primary action are necessary. For dialogue, common cutaways are shots of actors reacting to the conversation, but those aren’t the only options available to you, nor should they be all you use.

Cutting to a close-up of a prop will highlight an object the characters are referencing, or they can be used to show the audience something the characters may not know. In a scene where one character assures another they’ve thrown an object away, you might cut to a shot of the object in their pocket, thereby letting the audience in on the secret.

Another great use for cutaways is to ease the tension of a scene or provide comedic relief. Staring intently at two people’s faces as they talk will start to feel awkward quickly, and the intensity can reach a point where audiences feel uncomfortable. In these instances, cutaways (even if they’re nothing more than shots of various things within the scene), can break things up so it’s easier for viewers to digest.

Think of things that can drive a point home for your cutaways in dialogue scenes.  Don’t limit yourself to only reaction shots. Instead, use other visuals to tell your story in a more dynamic way.

Jordan Maison is a filmmaker and editor who has plied his talents in web content for Disney Studios, as well as movie and videogame websites.