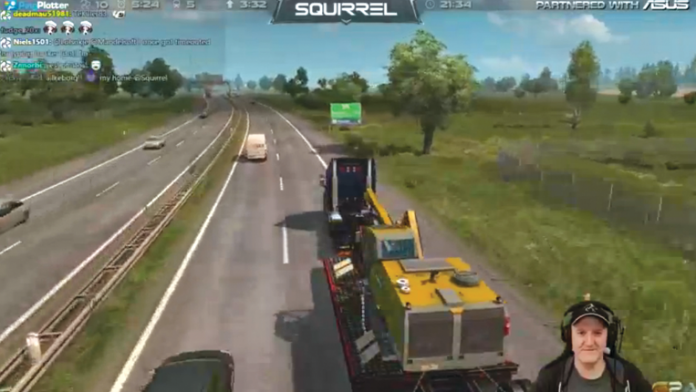 Gaming with Your Computer

The next consideration is your choice in computers. This decision will vary immensely based on what game you wish to play, on what settings, how you’ll deliver your final output — Twitch or YouTube — and what resolution that output will be. When you’re buying a game, take a look at the system requirements.

Viewers won’t put up with choppy video, so as a rule of thumb, you should always exceed the minimum requirements for operation. If you’re planning to stream the game to Twitch, you should exceed these requirements by at least ten percent, so if the game calls for at least 1.5GB of RAM you should have 1.7 to 2GB.

However, this isn't exactly a recipe for success. Simulation games with sandbox building modes like MineCraft, The Sims, SimCity and Roller Coaster Tycoon do not always properly account for high poly counts. The result of over-building or improper level of detail (LOD) settings. Additionally, some games can have a multitude of settings including LOD, LOD Depth, Reflections, Shadows, Frame Rate, Particle Settings and Resolution settings, which require additional RAM. In severe cases, the system usage can be three to five times that of the minimum system requirements. Additionally if you’re converting the video or adding effects live into the stream, you may further eat into your processing power.

Gaming With Your Console

If you’re using a video game console such as a XBOX One, PS4 or Wii U, you may need a capture device in addition to your computer, headset and camera. Elgato makes several capture cards like the Elgato Game Capture HD, Game Capture HD60 and Game Capture HD60Pro, which costs about $180 and can be found at most video game retailers. These cards are cool because they capture HDMI, convert the video to H.264 or H.265, depending on the model, and pump it out in USB 2.0 or 3.0 — again, depending on the model. Blackmagic Design also offers a card called the Intensity Shuttle for $199. With these cards, you can capture directly to your computer if you so choose.

Recently PS4 and XBOX One added Twitch support using their camera add-ons. This support is relatively new and still has bugs. Having a back up like a Blackmagic box has advantages but is not necessarily required.

If you have a laptop, tablet, or smartphone with a good camera, you may not need to purchase a webcam for the picture-in-picture view of the gamer; however, you’ll want to invest in a headset with a quality mic as this will produce better sounding audio. If you don’t have a usable camera on your mobile, then you’ll need both a headset and webcam; these vary in price based on quality. Make sure to choose a camera that can produce quality images, and take time to properly set up a shot with adequate lighting and correct exposure for the most polished outcome.

Make sure to choose a camera that can produce quality images, and take time to properly set up a shot with adequate lighting and correct exposure for the most polished outcome.

If your final output is YouTube, you may want to edit your videos and even insert motion graphics. In this case, your computer not only needs to match the settings for the game and capture the gameplay, it needs to meet the settings for your editing software and effects package. While some people have created solutions for adding in commercials and graphics into their Twitch streams, these solutions are often costly and none of them are fool-proof.

Most of the perceived affordability of Let's Plays stems from the gamers making these videos often not taking into account the cost of their gaming systems, games, and accessories such as a headset because they already own them. If you only need to purchase a webcam, doing Let’s Play productions can be really cheap.

Let’s consider some costs for those starting from scratch. For streaming, by far, the cheapest, easiest solution is a PS4 or XBOX One with its accessories; however, this capability is limited to Twitch at the time of this writing. If you exclude games, this can run close to $500. From that point on, the sky’s the limit as far as spending. For PC games, some capable consumer desktops and laptops range from $600-$1,000 and offer everything a low end Let's Play creator would need.

Creating successful Let's Plays isn't just about the video. It's about building a channel with a clear online presence, meaning don't just post a video and call it a day. Posting multiple videos over a period of time will slowly build a following around your channel and its content, which hopefully over time will result in video views and the fabled YouTube revenue.

On the Twitch side, it's about becoming a personality that people want to follow and wanting to watch your scheduled stream times.Twitch has rolled out a revenue sharing subscription system, and the company has created social media positions involving Twitch streams as a form of advertisement and PR.

With Lets Plays continuing to grow in popularity and viewership, they will remain a viable way for gaming video producers to establish themselves in the YouTube and Twitch communities. For someone who isn't a huge gamer, Let's Play content may be a quick road to burnout; however, for the hardcore gamer/videographer looking to monetize some gaming gear, Let’s Play videos could be the answer!

WÃ©land Bourne is an avid gamer who also happens to be an award-winning filmmaker as well as a VFX and motion graphic artist.