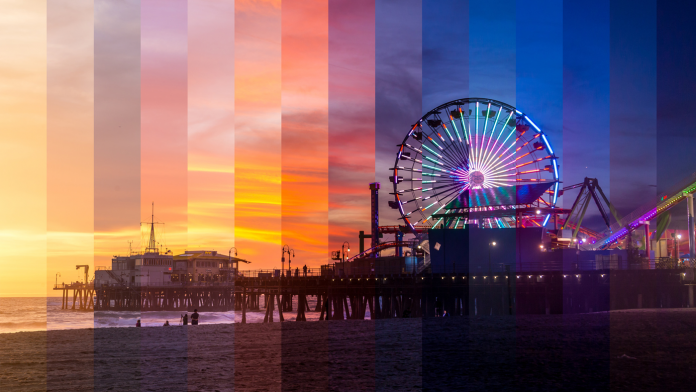 One of the great things that timelapse video can do is show us our world in a way that’s impossible or very difficult for humans to see otherwise — things seen very closely, through a microscope, or from very far, from a drone or a helicopter, or in intense darkness with infrared light, to things that happen extremely fast, like a balloon popping — all these things change the way we see and understand our world.

Timelapse compresses time, making things that aren’t normally observable easy to see — like the movement of the hour hand on a clock, the construction of a building, or even the movement of a glacier. The technique has been around for a long time — it was first used by French cinema pioneer Georges Méliès way back in 1897, and since then, it has been used to make some really stunning videos.

Today, we’re going to look at some of the challenges and rewards of this type of videography.

What makes for an interesting timelapse?

Things that take a lot of time — some examples: football games, flowers opening, a building being built or demolished, snow accumulating, a dog exploring a yard, the tide coming in or going out, the sun setting and the stars coming up.

Where to shoot a timelapse: scouting locations

It’s always best to have an intricate familiarity with your location — what time does the sun rise? What direction does it come from? Are there lights from a nearby parking lot that ruin any night photography? But you can’t always do that. If you’re headed to a national park thousands of miles away, how do you keep from wasting your time?

This is the question Turkish photographer Ayd?n Büyükta? had when he decided to photograph the American West from a drone. He knew he’d have a short time to get to all the best places, but living in Istanbul, he didn’t have a lot of time to look around. So he used Google Maps to tour the country. That’s one clever way to scout locations and there are many others. Lots of places worth photographing have been photographed before, just maybe not in the exciting way you’re going to do it. Flickr.com boasts 75 million registered users from more than 60 countries posting as many as 25 million photos a day. Wedding photographers can also be a treasure trove for scenic places. Try searching for “best places for engagement photos” in the location you’re headed to and see where the local pros are going. Google will also tell you the times of sunrise and sunset for any location. Take some time and read accounts of people photographing or shooting video in the places you’re headed to, and simply learn from their mistakes.

Do you need any special gear to shoot a timelapse?

An intervalometer: Many cameras today come with intervalometers built-in and if your camera doesn’t have one, lots of companies make external ones that will control most new cameras.

A tripod: Use the heaviest one you can manage, because slight variations from wind will be apparent if your frame is moving. Some tripods let you hang a weight from the center post to provide extra stability.

Power: depending on how long you’re shooting, be prepared for your battery to die. If you can’t use external power, make sure that the tripod you’re using will allow you to change batteries without unmounting it. Be sure to turn off the rear LCD if you’re shooting for a long time; it’s a power hog.

How many photos do you need to take?

So if you’re shooting one photo every minute, be prepared keep yourself amused for at least seven and a half hours.

Whenever possible, use manual exposure entirely. Allowing the camera to set the exposure will result in very small changes between frames, which causes flickering. So manually set everything — your ISO, your f-stop, your shutter speed and also your white balance.

This means that if you’re shooting during a time when the light changes, such as from daylight, through sunset, and into the night time–you’re going to have to gradually, and manually, change your settings. If you can do this with a bluetooth app from your phone rather than turning dials on your camera, it will reduce the possibility that you may accidentally bump the camera, but it will also run your camera battery down faster.

What to do about sunsets?

Sunsets and sunrises are a great time to take imelapse video — the world changes dramatically as the sun goes down or comes up, both with the appearance of man-made lights and natural lights. The rising of the Milky Way is a spectacular thing to see against dark skies. Going from bright sunlight to extreme darkness is beyond even the 14 stop dynamic range of today’s RAW image files. So, for this you’ll need to do two things: slowly adjust the exposure manually and use processing software to smooth that change out.

Small changes in light, such as from the sun going behind clouds, will be covered by your camera’s exposure, but as light drops or rises precipitously (as the sun goes up or down), slowly change the f-stop or shutter speed to follow the average metering for the scene as the sun moves. This will vary depending on how bright you want nighttime to look. You may, for example, want to have an extremely long shutter speed after the sun goes down to allow car lights to make a flowing stream of light, or for moonlight to make a valley look like strange daylight. For this, you might change your shutter speed from a 500th of a second to as much as a second, just over the course of an hour. To figure out the proper shutter speed and aperture, you could use a light meter, but often it’s just easier to use the the light meter built into a backup camera.
These changes in shutter speed or aperture will show up immediately on your exposures as one-stop differences from one frame to another. To smooth out this transition, you’ll use processing software.

The easiest way to turn your still images into videos is to just drag them all into your favorite video editor, and export it as a video. When importing into Adobe Premiere be sure to check the “image sequence” box that tells Adobe you’re importing a timelapse. That will get you a video and if you need to do something quickly — if it’s just a video of you shoveling your walk that you’re posting to Facebook, that may be fine. However, the best way to convert your still images to video is by using specific timelapse software such as https://lrtimelapse.com/ which is made to work with Adobe Lightroom and will handle each individual frame to remove flicker and make sure the frames blend smoothly.

You can add motion to your timelapse videos by adding a motorized panning head to your tripod. This moves the camera in small, but smooth movements and allows you to add some extra excitement to your video. Panolapse http://www.panolapse360.com/ uses perspective correction to add fake panning motion to your videos — it’s not as good as an actual mechanical timelapse panning device, but it’s something to consider if you don’t want to buy timelapse software and a panning head. Panolapse will also work with your raw files to deflicker and blend. Another way to add movement is to add a slow zoom in post production, go from a wide shot to a tighter shot, slowly, or reverse. (Here’s a great opportunity to use the full resolution of that 4K camera you bought!)

Timelapse isn’t nearly as hard to do as it was even just a few years ago, which makes it an easy and exciting tool to add to your bag of tricks.

Sidebar: THE ABSOLUTE EASIEST WAY TO SHOOT A TIMELAPSE

If you just want to make a no hassle timelapse, you can just use your phone. Both the Apple and Android app stores have a number of timelapse applications available for either free or very low cost. Download one, clamp your phone to the porch railing and go.

Kyle Cassidy is a writer and videographer from Philadelphia. He’s just completed a feature-length version of Henrik Ibsen’s Hedda Gabler.