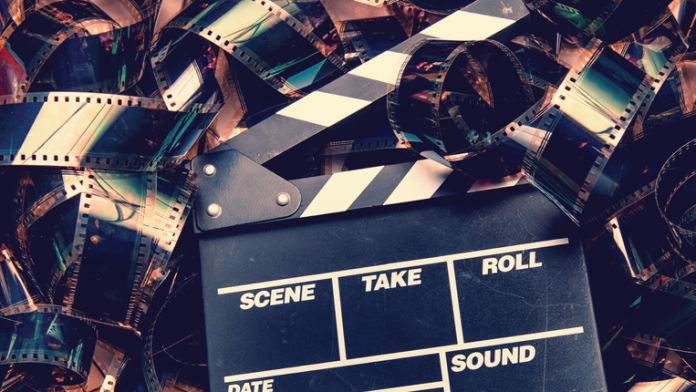 Post-production is a combination of organization, construction and subtraction. ItÃ¢ÂÂs an editorÃ¢ÂÂs responsibility to facilitate all three operations. Subtraction is so prevalent that post-production goes by another moniker, editing. Editing, itÃ¢ÂÂs the process of rearranging and eliminating video footage to create the most compelling story possible.

Completing a narrative by removing parts of the story is a tricky and nuanced procedure, but itÃ¢ÂÂs addition by subtraction. This process of elimination often gets left out, making editing problematic. The expression Ã¢ÂÂkill your darlingsÃ¢ÂÂ simply means you donÃ¢ÂÂt need to get attached to your own ideas or favor any single part of your edits. Here are five easy techniques by which you can take yourself out of the edit and put forth the best possible video.

1. Check Your Ego at the Door

Editing isnÃ¢ÂÂt about you or your abilities; itÃ¢ÂÂs not always an opportunity to show off. Editing is about creating a video that effectively communicates with its target audience. There are multiple routes you can go and still communicate with the audience, but your goal should always be about finding the best possible route. This means you need to be objective. The final video shouldnÃ¢ÂÂt be delivered through your voice; the video should stand on its own. To this end, always ask yourself, Ã¢ÂÂwhat is the story of this video and where am I getting in the way?Ã¢ÂÂ

A story is made of statements, segments, scenarios and scenes. Left to themselves, not one of these pieces makes the whole. ItÃ¢ÂÂs the conglomeration of the parts that makes the whole, but that doesnÃ¢ÂÂt mean that everything needs to be there. One trap many editors fall into is using every scene or shot given to them because, the logic goes, if itÃ¢ÂÂs on camera itÃ¢ÂÂs most likely meant to be there. However, just because a shot or scene exists doesnÃ¢ÂÂt mean it needs to be in the final edit. If there is a shot or scene that doesnÃ¢ÂÂt advance the story or make the video better, eliminate it. If the video still tells the story without the eliminated sequence, it was never needed in the first place.

If there is a shot or scene that doesnÃ¢ÂÂt advance the story or make the video better, eliminate it.

The path to clarity when editing isnÃ¢ÂÂt always straight ahead. Sometimes a little serendipity comes into play. One thing that sets editing apart from other creative ventures is that video editing is non-destructive. Any timeline is a record of how footage was arranged by the editor; itÃ¢ÂÂs a digital snapshot. One epiphany thatÃ¢ÂÂs common amongst editors is that they have the ability to save multiple edits. Saving different versions of an edit allows you to revisit what youÃ¢ÂÂve done previously and start over when a particular path isnÃ¢ÂÂt working out. Use this knowledge to feel free to experiment and take chances with your edits. A small scene might play a bigger role if itÃ¢ÂÂs cut differently into the overall edit and other scenes are eliminated, allowing the smaller scene to command more attention.

When youÃ¢ÂÂre working on a video, youÃ¢ÂÂre bound to encounter storytelling problems.

Spending more time in the edit bay doesnÃ¢ÂÂt always mean youÃ¢ÂÂre getting closer to a solution. The more time you spend staring at a scene, the more focus is concentrated on that isolated problem. Sometimes the best way to solve a problem is to get away from it. Objectivity is difficult from a subjective viewpoint. An edit can be best served by an editor who takes some time away. Rest and reflection on something other than the edit allows you to reset your mind and come back to the edit bay refreshed, with a new perspective on the story youÃ¢ÂÂre trying to tell.

Again, perspective is a tricky thing and itÃ¢ÂÂs tough for an editor to entirely remove themselves from what they see in an edit. ThatÃ¢ÂÂs why itÃ¢ÂÂs helpful to seek out opinions and input from someone whoÃ¢ÂÂs not familiar with the project. TheyÃ¢ÂÂll watch the video with a fresh set of eyes. The story the video tells will be new to them. What you should hope to find from the outsiderÃ¢ÂÂs perspective is whatÃ¢ÂÂs working, whatÃ¢ÂÂs missing and whatÃ¢ÂÂs not needed. The knowledge gained from a trusted outside perspective can bring new energy and direction into the edit.

Some to the biggest obstacles you will ever encounter are the ones you create for yourself. A good editor knows the mantra of, Ã¢ÂÂitÃ¢ÂÂs not about me.Ã¢ÂÂ The ability to look beyond yourself, and kill your darlings will help you make the best decisions in the edit bay.