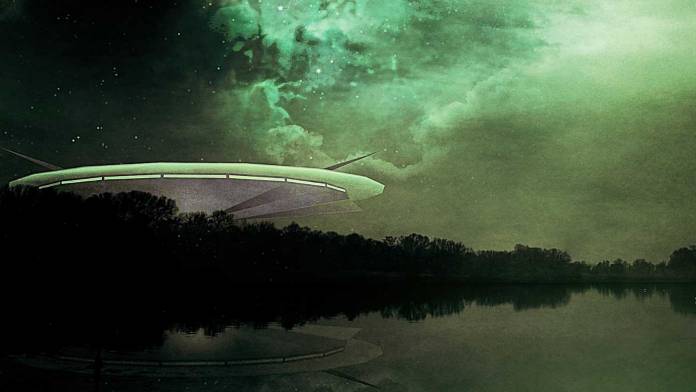 Spaceships shoot through the inky blackness, blasting each other with powerful lasers. Inside the mothership, other battles take place with guards and intruders exchanging laserfire. In a lonely hallway, a master and his apprentice fight their final battle with elegant swords made of light. You know what movie we’re talking about. Star Wars: Episode IV – A New Hope forever changed the way we think about sci-fi sound effects. The sounds were so perfectly suited to the action, it was easy to forget that none of this really happened. There are no laser cannons, blasters or lightsabers in the real world and each of these sound effects had to be created from items found here on planet Earth. The neat thing is that you can make them, too, plus many others for your next sci-fi fan film.

There are two basic schools of thought in sci-fi sound effects. First is the mindset used for Star Trek sound effects. Here, we’re talking old-school, original TV series Star Trek sound effects. The thinking at the time was that this was futuristic space and science. Since music synthesizers were still new and unusual, many sound effects were generated inside these devices. They were quirky, weird and certainly had an out-of-this-world vibe. This mindset was used in many science fiction films in the 50s and 60s. Synthesizers sound like space. The result was weird, sometimes sterile sound effects that could be achieved no other way.

The second school of thought is that embraced by Star Wars sound effects. Although synthesizers were used for many droid sounds, Star Wars sound effects designer Ben Burtt chose a more organic approach for the majority of his recordings, from the most basic whoosh sound effect to Star Destroyers jumping to hyperspace and everything in between. This involved taking ordinary, everyday things and re-purposing them to fit into a new world. This mindset has two benefits. First, recording things that already exist is certainly more practical than building something just to record it. Second, because these are things people have already heard, the familiarity connects with the listener on a gut level. Done properly, these organic recordings just sound right. This is the approach we’re taking.

Many, if not all of the sound effects you’ll record are away from the safe world of your editing setup. That means you’ll need a way to record audio in the wild. We won’t spend a lot of time on this, but if your recording device runs on batteries and has a microphone or mic input, it’s a candidate. At the top of the list would be a pocket audio recorder from Zoom, TASCAM, Sony and many others. They’re a great, portable audio recording option for sound effects gathering and can serve double-duty recording during a normal shoot. Next on the list is a laptop or netbook. Loaded with audio recording software and a USB-powered audio interface, this is another great location recording option. There are also audio recording apps for the iPod, iPhone and iPad. Used in conjunction with something like the Blue Microphone’s Mikey Digital or Alesis iO Dock, you’ve just found another use for a device that’s with you most of the time.

Finally, you can use your video camera to record audio. It already runs on batteries and, with a mic input and external microphone, it should do a serviceable job as a location audio recorder. You’ll have to separate the audio from the video in post, but you also gain the added benefit of a visual slate of what you’re recording. This can really help you on the path to keeping your sound effects organized How ever you do it, get the recording gear together and start listening.

Let’s start with the venerable laser blast. We could record the raw sound for this many ways, but we’ll show you three approaches. Legend has it that Ben Burtt’s version of a laser blast was created by placing a small lavalier mic on the guy wire of a transmitter tower and smacking the wire with something hard. Frankly, we can’t imagine getting away with this technique today, but if you know someone that can get you access to a radio or TV tower, go for it.

Another approach is using a Slinky toy. Make sure it’s a steel Slinky, not one of the newer plastic versions. Suspend the Slinky from a light stand or something similar and stretch it till it just reaches the floor. Place a microphone inside the coil somewhere near the middle and tap the Slinky with something hard, like a butter knife. Instant laser blast. Changing the mic position and striking object will provide variations on the sound.

For a unique twist on this sound, look for a local stadium with aluminum bench seating. These seats are usually a single extrusion 20 feet or more in length. As a test, smack a bench with your open hand, as flat and sharp as possible. You’ll hear something that sounds a lot like a sci-fi laser blast. By playing with mic position and strike material, you can get some very interesting sounds.

If you’ve recorded much audio outdoors, you know you’re always fighting the wind. Windscreens help a lot, but what if you deliberately recorded the wind noise? This could work as an earthquake, the aftermath of an explosion or the sound of a passing starship. No wind handy? Use a fan or gently blow across or into the unprotected microphone. Depending on your sci-fi, try making unique sounds by mixing organic and metallic objects. Remember our approach that sounds add realism, well, the right ambient sound can literally create the world that surrounds your story. Consider sound in the sequence that includes a POV from inside a box getting air mailed 3,000 miles across the country – lid closes to black, engines roar on take off and landing, lid opens to a brand new location. Pulling this off without access to a plane will be difficult, but you get the idea – sound can move your plot forward.

Engines and electric motors are also favorite sources of sci-fi sound effects. Here’s an easy example. Garage door openers have several sounds going on when activated. First, there is the sound of the motor itself. Then, there is the chain or screw drive that opens the door. And don’t forget the track, wheels and creaky springs and hinges. All are potential audio sources that might be just a few feet outside your door. Using a shotgun mic to isolate each sound should yield some interesting stuff. Many sound effects start with the foley artist and the human body. Let’s say the USS Enterprise just entered a never-before seen nebula – the accompanying sound effect exists only in the imagination, so you could make it by gliding your hand around in a bathtub of water. Just remember to protect your equipment from yourself, water, glass and whatever else is creating a sound you’re trying to capture. In this case, you become a performer and your audience is the microphone.

Now, we move your recordings into an audio editor. We don’t have the space for a full post-processing audio tutorial, but that’s just as well. A few fundamentals should get you headed in the right direction. Your own experiments will provide sounds that are uniquely yours. The first tools in a sound designer’s toolbox are probably pitch and speed control. In a digital audio workstation, or DAW, we can alter each independently. Remember that sound that didn’t have the “umph!” you imagined? Try lowering the pitch to give it some extra heft. In the same way, changing the speed of a clip can transform a motorcycle drive-by into the scream of a passing star fighter. Experiment with changes in both pitch and speed. Some may only need subtle changes while others can’t get enough.

Tone control – in the form of filters or equalizers – is another powerful audio processing tool. Normally, when we’re discussing this type of alteration, less is more. But in sound design, those rules don’t apply. By adding or subtracting sections of the tonal structure of your recordings, you can completely change one sound into another. The simplest tone controls are high and low-pass filters. With these, you simply set a cut-off frequency and the filter eliminates everything below or above the setting. An equalizer can boost or cut multiple areas of the sound spectrum. If you’re experimenting with one of these tools, go crazy – you can’t hurt anything and it’s easy to fix with one click of the undo button.

Time domain effects like reverb and delay help place your new sound in a simulated space. Since the recording was likely done in a different environment, you need these types of tools to put the sound in the proper acoustic setting. Digital reverb can simulate just about any space from a shower stall to a racquetball court. Your ears will tell you how much to use, but if the reverb has settings that emulate physical dimensions, start there first. Delay and echo effects are best used subtly, but one of these feeding back into itself can create some interesting effects. We could go on and on, but you get the idea. This is the one time when anything goes and you don’t have conform to standards. Enjoy the creative vacation.

Your Sounds, Your Choice

Let your imagination loose and think of all the familiar sounds you’ve passed by or even tried to eliminate from your recordings. As you record and process, develop a workflow for archiving both the original and tweaked sounds. As you build your library over time, you’ll come back to favorites again and again, but you’ll also discover new uses for other effects you didn’t like before. With a portable recorder and some creativity, you can do some pretty amazing things, so give it a shot. There could be a new sci-fi sound effect waiting to be discovered.

Digital processing is an amazing tool for any audio editor, but sometimes, there is no substitute for some old-school brute force sound alteration. Try this: use your portable recorder and an external mic, record some traffic at a busy intersection. Now, place the mic inside a tube and record the same sound. The tube could be anything – PVC pipe, a carpet roll tube or even an empty roll from some wrapping paper. With the mic inside the tube, the sound takes on a hollow, phasey sound. In addition, you’ve also narrowed the pickup pattern. The narrow audio port captures only a fraction of what it did before for some very interesting audio options.