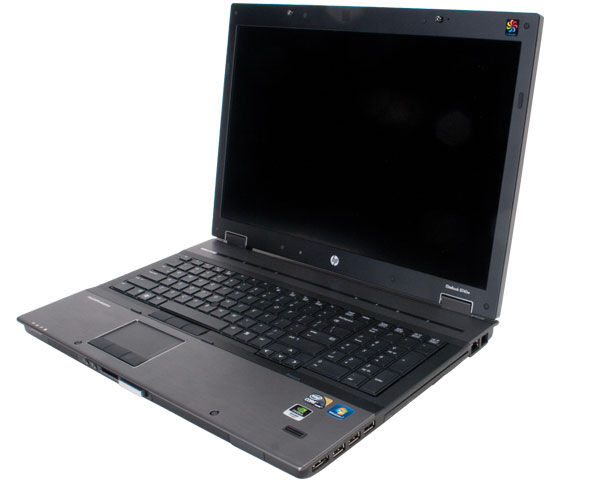 Here’s a shocking fact: there were more than 25 million speeding tickets issued to the American public last year. The reason? We like speed. With instant access to information on the internet, food that is ready to eat faster than it takes a car to pull up to a window, and planes that fly so fast that air around them heats up to 1,800 degrees Fahrenheit, it’s no wonder that our world demands speed. In the same way, editors also need speed in order to keep up with the ever-changing world of video codecs and graphic design. To this end, the new Elitebook 8740w laptop from HP delivers. 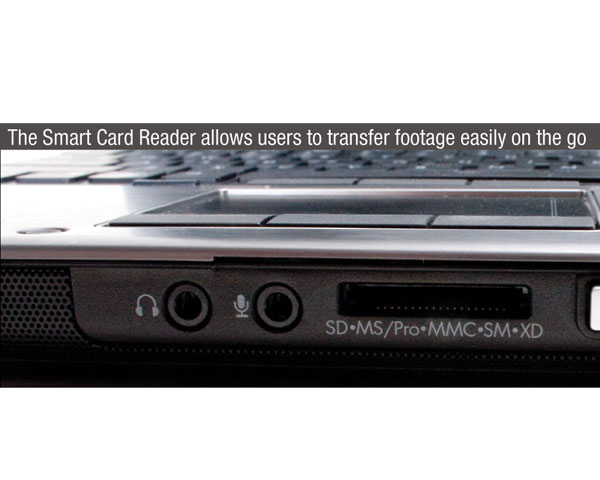 Every laptop with great speed and performance starts with great parts. The HP Elitebook 8740w has them covered. The Elitebook line of computers start at an Intel Core i5-520M 2.4 GHz option, and hit a blazing fast i7-920XM at 2.0 GHz, making it a serious video editing workhorse.

As important as the CPU is to the speed of a laptop, with the increasing ability of editing software to offload processes to the GPU, beefy graphics cards are important ways to save time on any video editing project. With this in mind, the Elitebook 8740w line has GPUs ranging from the impressive NVIDIA Quadro FX 2800 all the way up to the newly released NVIDIA Quadro 5000M, which we were privileged enough to have in our version of the 8740w. The laptop line also supports an astonishing 32GB of 1333 MHz DDR3 RAM, allowing multiple applications to run smoothly on the machine. This is important for software packages that use dynamic linking between multiple programs like in Apple’s Final Cut Studio and the Adobe Creative Suite. One of the most impressive features of the laptop is its large 1920×1200 pixel 17″ display, which gives editors plenty of screen real estate to edit their masterpiece. The display includes HP’s Dreamcolor technology, which was originally designed to satisfy the color-accurate needs of the DreamWorks Animation, making it more than sufficient for any color aficionado’s needs. The LED-backlit display is also incredibly bright and the matte finish of the display does an effective job at reducing glare, even in brightly lit areas next to windows.

With all of this speed built in to the computer, it was no surprise that HP also decided to include 2 ports for the fast USB 3.0 standard. This means that users can expect speeds up to 3.2 Gbps which should max out the read and write speed of most hard drives on the market today. At the same time, the laptop also includes an SD, MS/Pro, MMC, SM, XD card reader attached to the PCI bus, allowing for incredibly fast transfers of footage from most any camera’s recording card to the HP laptop. Alas, the big exception here is a CF card slot which is used in many higher-end professional still cameras and camcorders, keeping a decent number of video enthusiasts confined to the limits of a USB 2.0 cable, but it was great to see a card reader included.We all know that hard drive read and write times can greatly affect the fluidity of editing and the time it takes to transfer files to a computer. Having options up to 1TB of hard disk or 256GB of solid state drive space running at a speedy 7200 RPM in the Elitebook line should give editors the speed and space that they need.

The Elitebook line also comes standard with both an SVGA (for older monitors) and DisplayPort (for newer monitors) for viewing content on an external display. This is a great feature allowing for plenty of real estate when navigating through the windows in most editing programs. Our laptop also came with a DVD-/+RW drive with dual layer disc support and LightScribe for making disks without using paper labels. However, it is possible to upgrade the laptop to a BD-RE and DVD-/+RW drive with dual layer support which will work well for both watching Blu-ray movies and archiving to Blu-ray disc. The laptop also has an IEEE 1394 port for digitizing DV footage, a Gigabit Ethernet port for theoretical network speeds of up to 1000 Mbps, and an eSATA port for data transfer of up to 3 Gbps. This all adds up to speed – and lots of it. The kind of speed that should make the workflow of any video editor significantly shorter and consistent – which is something we can all tip our hats to. 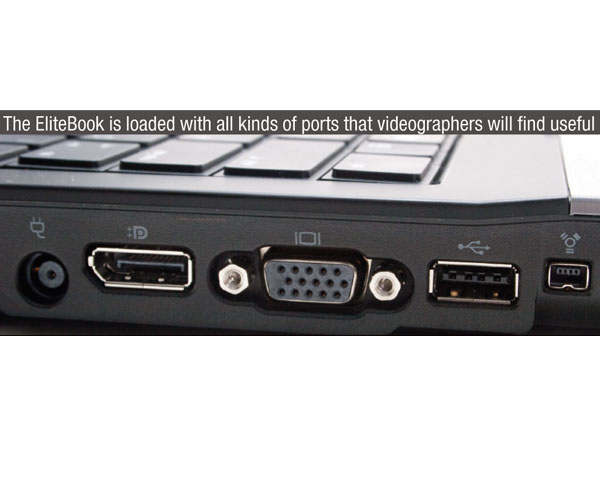 Life is tough. The words cheap and flimsy make us cringe, because these words are too often associated with another word – broken, and nobody wants to go through the hassle of fixing a broken laptop. The body of the Elitebook 8740w is made of magnesium alloy while the backside and keyboard are a strong black plastic. This gives the Elitebook a very solid feel and prevents it from being affected by the kind of everyday abuse most laptops receive. There is a drain beneath the keyboard for spills, a fingerprint scanner for security purposes, and an option for a built-in webcam. There is a touch-sensitive strip above the keyboard that controls volume and allows quick shortcuts to e-mail, internet, wireless, and a calculator. The strip’s responsiveness was hit-and-miss, but, HP got the sensitivity just right with the trackpad which was comfortable and easy to use.

Overall, the build of the laptop is the type that most people can only really appreciate after having felt the way it opens and the solidness of the magnesium alloy design. This, along with the high end components inside, is what makes the price of the unit high – yet understandably so.

Of course, a laptop can have all the best components in the world and still be as slow as molasses, so we put our Elitebook 8740w through its paces. We first ran a PCMark Vantage test, which resulted in a score of 7860. This is a very high score for a laptop and should be more than enough to handle every kind of editing. We also tested the time it took to render a 10-second H.264 clip in Adobe Media Encoder CS4. The Elitebook 8740w rendered the clip in 19 seconds while an HP Z200 computer sporting an Intel Xeon X3450 at 2.67 GHz and an NVIDIA Quadro FX 3800 took 18 seconds. It’s cool to see how this laptop performs against a desktop. The 8740w is one laptop that can truly be called a desktop replacement.

For editors on the go that don’t want to replace delicate parts in a normal laptop design, the Elitebook 8740w from HP is one of the best ways to go. With it’s high end components, solid magnesium-alloy build, and amazing performance, this laptop should handle any kind of video that’s thrown at it, and be around long enough to save you money in the long haul.

With its bevy of high-end features, the HP Elitebook 8740w is a laptop that is ready for both a life on the road and for the future as well.