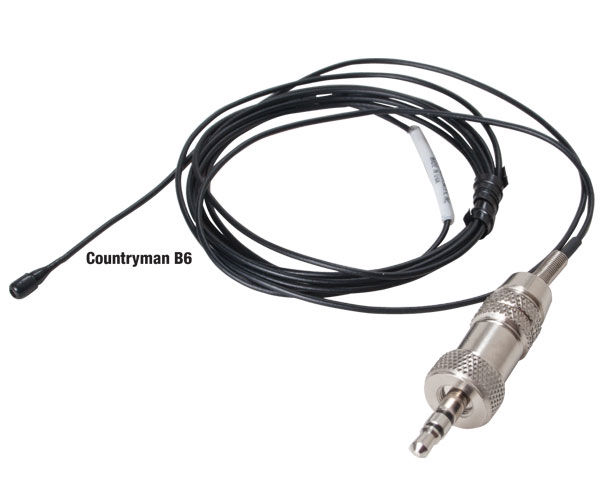 First impressions of the Countryman B6 center on its major selling point: it’s tiny. At one-tenth of an inch, it’s the size of a match head. This microphone performs well in situations where a larger lavalier is just too obvious. It hides easily behind a shirt button, along the earpiece of eyewear or even in the hair above the talent’s face. When placing it, it’s hard not to feel like a secret agent using a high tech espionage gadget. Additionally, the thin mic wire is Kevlar reinforced, putting the odds in your favor to complete any mission without equipment failure. 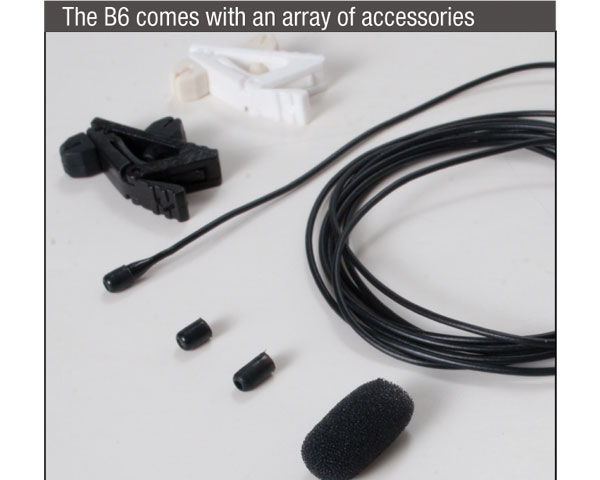 The mic comes with one black and one white clip and one foam windscreen. Also included are three protective caps that help the mic resist moisture, makeup and sweat. The different caps modify the frequency response to flat, crisp or very crisp, depending on which one is used. Due to the unit’s small size, changing caps can be challenging. Keeping track of the unused caps is essential as they are easily misplaced and painfully hard to find thereafter.

The One You Want

The Countryman B6 is a well-balanced, concealable mic that competes with larger lavalier mics. It’s equally at home on an amateur documentary as on a professional commercial. So, when it’s important that mic placement remain discreet, this is the one you want.

The Countryman B6 belongs in any video shooter’s audio kit. The question isn’t why do you need one, it’s why don’t you have one yet?