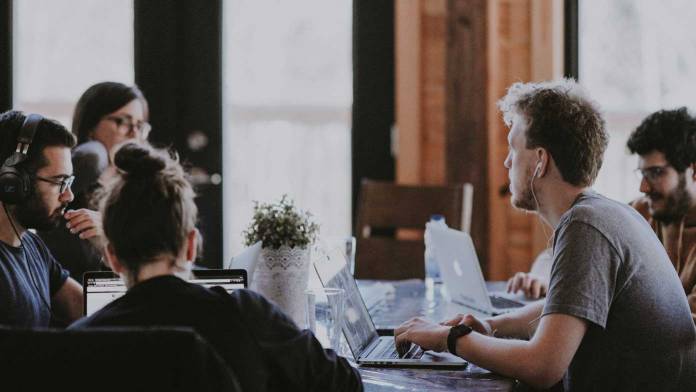 The worst cause of video disasters is bad planning — not just during the Pre-production phase, but right through to the end of Post-production. Professionals don’t just make plans; they implement them and then they follow through on them. When you plan like a pro, you:

This sustained planning and follow-through is essential to delivering a quality video on time and on budget.

The planning aspect of video creation is so often overlooked that we’re devoting three articles to it — one for each phase of production. This month, it’s plan the shoot in pre-production. Of course, pre-production is nothing but planning, from first concept to final schedule. Here, though, we are focusing specifically on developing plans that you can, indeed, shoot and then edit. We’ll look at scripting, casting, staffing, scouting, and budgeting.

We’ll also look at a new planning area: special effects. In other words, pre-production planning relates to editing as well as shooting.

Though writing itself isn’t planning, the resulting script is the basis for every single decision you’ll make in prepping production. Without a complete script, you can’t cast the program, design its look, determine the crew and equipment needed, list the locations or sets, budget the production, or set a schedule.

No, an outline isn’t good enough, even if it’s 50 pages long. Only a true script is specific enough for planning. How about a storyboard? Storyboard sequences with complex action and/or special effects work to visualize the layout of the video, but use a written script for production planning.

For nonfiction programs, a two-column “A/V” (Audio and Video) formatted script will include complete narration and essential audio in the left column and visuals in the right one. Fiction films use the classic screenplay format. There are samples of several script formats on the Web; and for advice on how much detail to include, see the adjacent sidebar. The bottom line is this: when you get to production, you can’t shoot the plan unless you’ve planned the shoot in detail.

People think that special effects are compositing and computer graphics that belong in post-production. However, the most convincing effects are fully planned in pre-production so that location, composite, and CG work can be seamlessly integrated by implementing the detailed plan. That’s why you have to develop your special effects fully even before you scout locations and budget props.

For example, take a spectacular head-on car crash. To achieve the actual impact, you’ll have the cars drive toward and past each other, maybe two feet apart for safety, shooting the master with a long telephoto to conceal the gap between them. In post, you plan to speed up the collision shot and then conceal the fact that they miss each other by filling the screen with a well-timed CG fireball over the live action.

So far so good, but the secret of any effect lies in selling it with supporting shots. To make sure you get them, you need to plan high-speed shots of the individual cars, closeups of the drivers, and maybe a shot across the hood of one car after the crash, as one victim struggles out the door. You plan to put one side of the car up on blocks to tilt it and to increase the tilt by canting the camera off-level the opposite direction. (Note to DP: choose a vague background that won’t reveal the Dutch Angle shot, and throw a flickering “fire light” on the windshield, door, and struggling victim.) In post, composite a raging fire effect in the foreground to complete the gag. Every part of this must be planned, right down to the cinder blocks and the fire effect.

The moral is, you can’t just say, “oh we’ll do the car crash in post.” Only through detailed planning both before and during the shoot can you deliver the raw materials needed to create a classy effect.

Even the biggest Hollywood productions are planned and developed by successive approximation: the script describes the requirements; the planners come as close as possible to meeting them; then the script is adjusted to eliminate the resources that were unobtainable and maximize those that were.

This is always true with casting actors. Suppose, for instance, the script demands a beautiful, enticing, evil stepmother; but the closest actress you can find is a frumpy, heavyset person who would look silly vamping around on screen. Happens all the time. So you do some fast script revisions to create a frumpy, heavyset evil stepmother. By planning to fit the circumstances, you save both the actress and the show from embarrassment.

Or take locations. If you can’t find anyplace resembling the dungeon where the evil stepmother imprisons the heroine, you have three choices: remove the dungeon part, create it as a CG virtual set (if you have the resources), or just chain the lady up in a storeroom or something.

Again, if you plan these adjustments before production begins, you can still shoot the plan; but if you haven’t invested in the planning, you’re going to arrive at an unconvincing “dungeon” location and have to improvise a fix on the spot. That seldom works very well.

In reality, budgeting and scheduling are two halves of a circle. Scheduling brings the right cast members, crew, and equipment to the right location at the right time, crucial if you’re paying people by the hour or day and just as important if folks are donating their time.

With good planning, you can also save big bucks (that’s where scheduling and budgeting play tag with each other). For instance, if that antique fire engine rents for $200 a day, you’ll want to schedule all its scenes back-to-back so you can return it as soon as possible.

Oh, and how is it going to get to your location? I once rented an antique vehicle without knowing it didn’t really run. At the last minute, I had to put out expensive, unbudgeted bucks for a day’s use of a platform-bed tow truck.

This is also true for anything else that’s time-sensitive. With meticulous planning, you’ll always have the correct cast list at the proper place with the required equipment and props, all ready to shoot. Without planning, everyone ends up standing around, and that’s not good.

And if it rains or something else goes wrong? A planning pro will have a contingency plan: a way to shoot something else until you can resume the original schedule.

Professional production accountants must keep tiny altars to the Spirit of Murphy, on which they burn symbolic dollar bills, because on a shoot, anything that can possibly go wrong will go wrong. Corollary #1: everything that goes wrong costs money.

Everything. It goes without saying that good production planners budget the show line-item by line-item, right down to cold cream for the makeup department. Then they run an eagle eye over every aspect of production. Does one character throw a vase at another? How many takes might that require, and how many replacement vases? Does one sequence call for actual snow? What will the weather be like and how many days might be lost while waiting for the fluffy stuff to start falling?

Obviously, every production is different. If you’re taping the CEO’s speech in her office, you’re probably very safe. If you’re covering whale migrations from the subjects’ POV, good luck.

Since you don’t have unlimited funds, you can’t just say, “well, whatever it takes.” You have to cast a cold planner’s eye over every script page to spot every place that could run over budget. Then you add a contingency fee for protection.

Then you double it, and pray.

That’s it for creating a production plan. Next time out, we’ll see how that plan structures the actual shoot so that you can end up editing the show you started out to make.

Sidebar: How Detailed a Script?

Whether scripting in the A/V or screenplay formats, you do not — in fact, should not — specify camera angles and individual shots. For instance, if the story calls for a character to window-shop along a street, it’s enough to write Marcie walks down Main street, looking in shop windows, pausing at some, then moving on. Half-way along, she spots something in a window. It is the statue of a black falcon. Surprised, she gets her courage up and enters the store.

Notice how the paragraphing suggests a rough breakdown of the scene content, but without trying to do the director’s job. Any director worthy of the title will know how to distribute that action among appropriate setups. On the other hand, the production manager can learn enough from the description to schedule the “Marcie” actor and plan for a small town street, an antiques or pawnshop, and a Maltese Falcon prop.

In short, the script is detailed enough for planning, without being too restrictive.