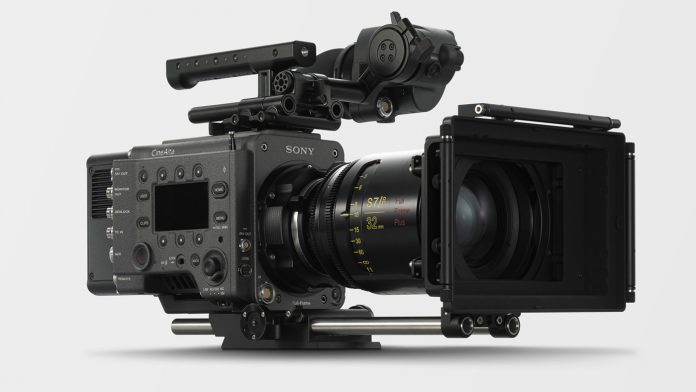 Sony announced at this year’s Cine Gear Expo that a version 2 firmware update for it’s VENICE CineAlta motion picture camera is on the horizon. The V2.0 update is looking to add more recording capability, customizable, looks, exposure tools and greater lens freedom to the VENICE.

"VENICE was born from the voice of cinematographers," said Peter Crithary, marketing manager for motion picture cameras, Sony Electronics. "Their voices continue to fuel the ongoing development of this powerful camera with the mission to make a real difference in their daily work. These new enhancements provide professionals more freedom to hone their craft, and also protects their investment."

Here’s what the firmware update is adding:

The VENICE will support high base ISO of 2500, with 15+ stops of exposure latitude and already existing base ISO of 500, which Sony says will take “full advantage of Sony’s unique sensor for superb low light performance with exceptional dynamic range from +6 stops to -9 stops as measured at 18% middle gray.” All of this will essentially increase exposure indexes at higher ISOs in dark shooting conditions.

Users will also be able to adjust frame rate in individual frame increments, from 1 to 60.

Users can customize their own looks and save them right into the camera.

Also, users can remove the PL mount and use an assortment of native E-mount lenses.

The VENICE’s Version 2 firmware update will be released in the beginning of July 2018 for those who own this $42,500 camera.

Sony additionally announced at Cine Gear Expo plans to release an optional upgrade to support high frame rates — reportedly targeting speeds up to 60 fps in 6K, up to 90 fps in 4K, and up to 120 fps in 2K. We expect to see more information about this update in the coming months leading up to its Spring 2019 release.