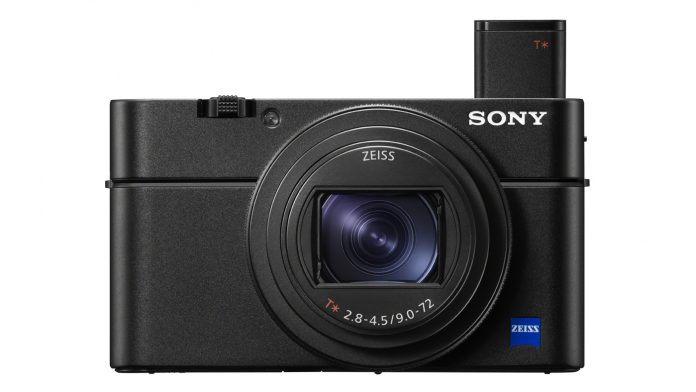 Sony’s expanding its very popular Cyber-shot RX100 series of compact cameras with the reveal of the RX100 VI, the first model in the series to feature a high magnification zoom lens.

“We’re continuing to innovate our RX camera lineup, providing our customers new and different ways to capture what they’ve never been able to capture before,” said Neal Manowitz, Vice President of Digital Imaging for Sony Electronics. “The new RX100 VI is the latest example, delivering extensive reach, extremely advanced autofocus, high-speed shooting and more, while still being able to slip easily into your pocket.  It’s the ultimate pocket travel camera.”

Sony claims that the new 24-200mm Zoom lens on the RX100 VI maintains a large aperture throughout the entire zoom range, making for some great background defocusing and crisp capture of fast moving objects without blurring.

RX100 VI’s AF system combines 315-point focal-plane phase-detection AF points — covering about 65 percent of the sensor — with contrast-detection AF. Sony’s additionally included its High-density Tracking AF tech, which is a first for the RX100 as well. This tech concentrates AF points around a subject to improve tracking and focus accuracy, according to Sony. Sony also says the camera includes Eye AF tech with about twice the tracking performance of the current RX100 series model.

The RX100 VI offers up to 24 fps of continuous shooting with full AF/AE tracking and has a 233 image buffer limit. The camera also reduces rolling shutter with its Anti-Distortion Shutter that has a maximum shutter speed of up to 1/32000 seconds.

Yet another first for the Sony RX series, the RX100 VI has a touch shutter that can be activated by tapping its back LCD screen, a zoom lever with customizable zoom speeds and an LCD that can be rotated 180 degrees upward or 90 degrees downward.

There’s also a Monitor Auto OFF function that boosts that maximum number of still images up 30 percent and features Wi-Fi, NFC, and Bluetooth compatibility.

Sony’s Cyber-shot RX100 VI will begin to ship next month for about 1,200 dollars. To learn more, go to alphauniverse.com.