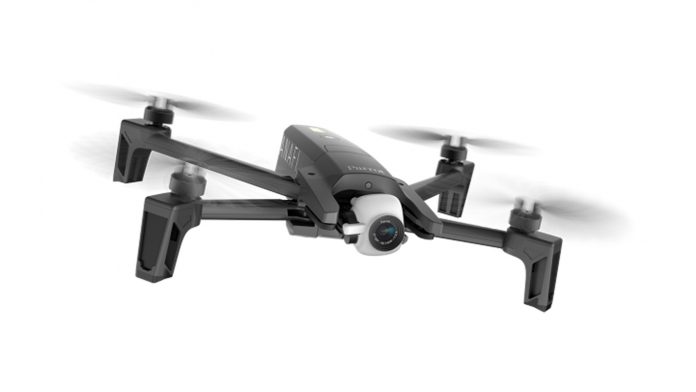 Everyone knows that DJI is dominating the drone industry these days, but that’s not stopping Parrot from challenging the Mavic Air with its ANAFI drone.

Being released on July 1st, the ANAFI will give drone users an alternative to the Mavic Air by offering 4K video and photo capture and a foldable design for $699 — a hundred bucks less than the Air.

How does it compare to the Air?

While the ANAFI doesn’t come toe-to-toe with many of the Air’s specs, it does seem to put up a good fight. It uses a 21-megapixel camera that supports 4K HDR video at 100 Mbps and includes 2.8X lossless zoom and 3-axis image stabilization. The Air sports a 1/2.3” 12 MP CMOS sensor and records 4K at 30 fps with recording at 100 Mbps. However, this is still a big leap for Parrot, considering their Bebop drone only offered 1080p video and had no gimbal design.

The ANAFI’s flight time clocks in at 25 minutes within a 2.5 mile range, which actually beats the Air’s 21 minute battery life. The battery life on the ANAFI can also be extended with a USB-C battery bank. Also, Parrot claims the ANAFI will conduct “super quiet flights.”

Additionally, the ANAFI has, according to Parrot, an ultra-portable and compact design that’s lightweight and foldable in 3 seconds. It weighs just 320 g; the Air weighs 430 g.

The ANAFI can also be controlled through a new smartphone based drone control app with AI-based visual tracking, drone selfies, automatic landscape videos, slow motion and hyperlapse. There is, however, an included physical controller as well.

You can expect the ANAFI to be released on July 1st for 699 dollars. While it does lack some of the specs that the Mavic Air offers, it could prove to be a good alternative for those looking to save a hundred bucks.

You can learn more about the ANAFI at parrot.com.