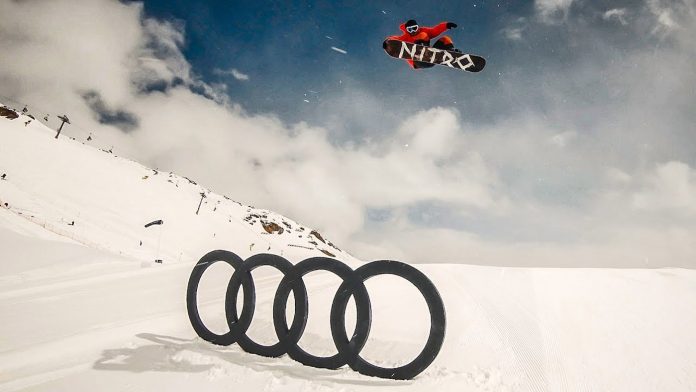 The pilots from Team BlackSheep are some of the best drone-racing pilots around. So what would happen if they strapped GoPro’s to their drones and aimed them at professional snowboarders and freeskiers?

They would obviously get some stunningly action-packed footage! Team BlackSheep brought their race drones to the Audi Nines free-ride competition in Austria to film some of the world’s best snowboarders and freeskiers. They are considered to be some of the best drone pilots in the world, having won numerous drone-racing competitions. So while it’s a clear challenge to capture these world class athletes, they are up to the task.

As you can probably guess, there are numerous challenges that these drone pilots had to overcome. There is no flight or gimbal stabilization on these race drones, so the pilots had to have an insanely steady hand while operating. They also had to keep the framing good and fly as close as possible without interfering with the athlete's run.

You can clearly see the potential for disaster at the end of the video when one of the skier’s skis flies off and hits one of the drones dead center, causing it to tumble out of control. The pilots and athletes did meet before every run to make sure both were on the same page and to prevent any situations like the one at the end of the video. Luckily, these race drones are so small that they aren’t that dangerous to the riders.

This stunning video shines a light on the potential that race drones offer in action video. However, race drones a much harder to operate than aerial cinematography drones like those from DJI, which have sensors and assisted flight modes. Race drones don’t have those. There is a huge potential with race drones to capture some stunning action clips; the operator just has to have the precise skills to capture those clips.