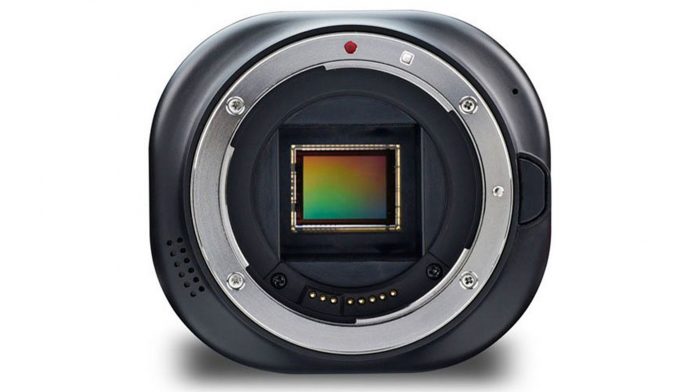 The Chinese camera accessory manufacturer Yonguno has created a smartphone accessory that can reportedly turn your phone into a functional Micro Four Thirds mirrorless camera.

The smartphone add-on is call the YN43 and it first surfaced after Photo Rumors posted its official product photos. The site notes that specifications aren’t out yet, but from the name, they deduce that the sensor is Micro Four Thirds.

The YN43 is compatible with both Canon EF and EF-S lenses. As you can already see, there’s seemingly Micro Four Thirds sensor right dead center in the device. So when you clip this device to your phone and mount a Canon lens to the opposite end, you’ve made your phone into a mirrorless camera.

When the device is clipped on, you can link it up through Wi-Fi so that your phone becomes the live view screen and “brains” of the system.

The rear of the camera has an expanding clip that can attach to smartphones of various sizes. There’s also padding to make sure that your phone stays in place without giving it any scratches.

It already has a free app

There’s a few screenshots in iTunes App Store that demonstrate a few things you can do with the YN43. From the pictures, it seems to feature a capture mode and a playback mode, along with adjustable exposure parameters.

The app is only available for iSO devices in the App Store.

This device isn’t a new concept

In 2014, Sony released the QX1 and QX30 that were similar ‘lens cameras.’ However they didn’t catch on and ended up becoming flops. But the YN34 has to potential to do better because it supports lens interchangeability. The QX1 and QX30 didn’t.

There is no information about the pricing and availability for the Yonguno YN43, but we’ll keep you updated once that information is out.