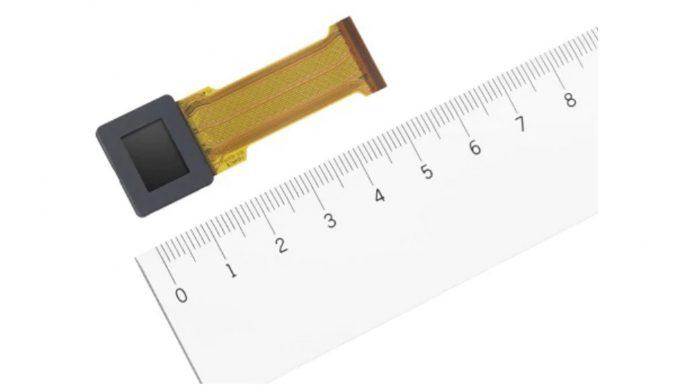 Sony claims that the ECX339A achieves “the world’s smallest pixel pitch of 6.3?m by leveraging Sony’s OLED display technology and miniaturization technology” which in turn allows it to have a 1.6x higher resolution than previous EVFs. Additionally, the OLED display utilizes a entirely new drive circuit design that uses half the voltage of previous models and it features frame rates up to 240 fps, which is double the amount of past models.

Compared to other EVFs

With this higher resolution and refresh rate, you can most likely expect sharper and more responsive displays, which the Verge predicts will further close “the gap on DSLRs with optical viewfinders.”

It’s highly likely that we’ll be seeing the ECX339A in the near future, possibly in Sony’s a7S III camera. It’s rumored that the a7s III will be first shown at Photokina in Cologne, Germany this September.