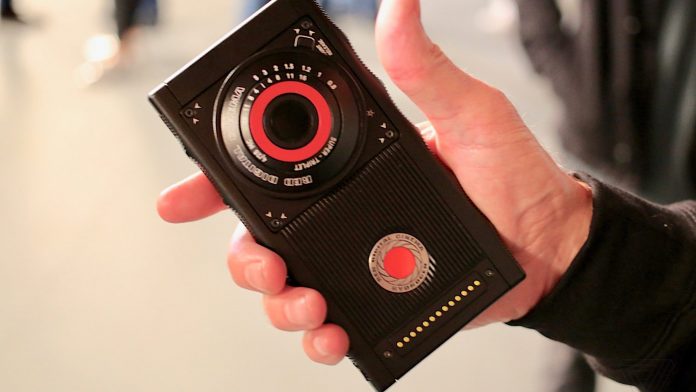 It’s no secret that RED’s been very tight lipped about its upcoming holographic smartphone. Only a slim few have actually seen the Hydrogen One in person, but that changed over the weekend.

This past weekend, RED gave RED super enthusiasts and media outlets a hands-on sneak peak of the Hydrogen One, allowing them to actually hold the phone and use some of its features like it’s highly anticipated holographic mode —, and RED didn’t disappoint. Reports from the event indicate that attendees were impressed with the $1,200 smartphone and believe that RED lives up their promise of delivering a phone we’ve never seen before.

When RED first revealed it was making a smartphone, that was already shocking enough. But when the company also said that their smartphone was also going to have a holographic display, it seemed like they were shooting for the sky — or more appropriately the stars, since the phone sounded like it would only exist in a sci-fi flick. However, RED, according to the people at RED’s event this weekend, has risen to the occasion and impressed everyone with the Hydrogen One’s holographic display.

The Verge got their hands on the Hydrogen One and they felt its display was “impressive.” They claim that Red’s taken the two camera setup often used for 3D and have “[interpolated] the stuff in between” meaning “when you are moving the phone back and forth, you can actually see it without it having jump and stutter like a standard lenticular display.”

It’s important to note that the screen doesn’t actually make holographic objects display outside of the screen, rather it gives things depth inside the screen. So we won’t be seeing a pop out hologram of Princess Leia on the Hydrogen One.

Red’s Hydrogen One has a modular design and has a number of pogo pins on its back allowing it to connect to other RED cameras and future modules. RED’s first mod is reported to be a large camera sensor. Not much is known other than the sensor will be more similar to a DSLR sensor than a smartphone’s sensor.

Other modules coming include a lens mount. When RED CEO Jim Jannard was asked which lenses would be supported, he answered: Fuji, Canon, Nikon, Leica, and more.

A Big Design with “A3D” Audio

The Verge reported that the prototype of the Hydrogen One is larger than an iPhone 8 Plus, and has a USB-C plug, stereo speakers, and a headphone jack. RED claims that it’s audio can impressively create a virtual surround sound effect through its algorithms.

The phone does feature an older Qualcomm Snapdragon 835, but Bohn still said that the phone “seemed fast enough in the few demos.”

The Hydrogen One was set for release this summer, but RED pushed the release date back to this August. So we can expect the RED’s smartphone there, assuming they don’t push the release date back again. There will be two different models of the phone: one aluminum and the other titanum. Pricing hasn’t been confirmed yet, but it’s starting price will be around $1,200 and AT&T and Verizon are currently its carriers.