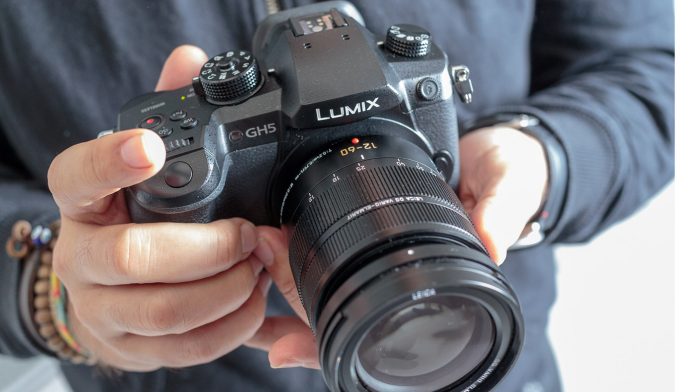 Panasonic has announced a couple of new firmware updates to a few of their LUMIX mirrorless cameras: the GH5, GH55 and the G9.

According to Panasonic, these updates are looking to enhance these three mirrorless cameras’ “performance and usability.” A few of these updates include improved features like Autofocus performance, new monochrome Photo Styles and better video audio.

Here’s the rundown for the the key features being added to the GH5, GH5S and G9:

The AF tracking performance in video been improved along with AF speed at 180 degrees when displaying the shutter speed in degrees.

There were a few cases of peripheral distortion in video while walking and using Panasonic’s H-F007014 and H-E08018 wide zoom lenses. This problem is reportedly fixed.

The firmware update adds L. Monochrome D and grain effect to the GH5. The L. Monochrome D should capture even darker tones and great contrast, while the grain effect can be added and adjusted in Photo Style. There’s also now MF Assist, which offers more “accurate manual focusing for stills or moving images, thanks to up to 20x magnification,” according to Panasonic.

Improvements to the AF

The GH5S is also getting an AF upgrade, but this firmware improves photo shooting in low-light, low-contrast environments.

Like the GH5, the GH5S’s sound quality has been improved by Panasonic optimizing the noise reduction performance of the internal noise cancelling microphone.

The GH5S is also getting L. Monochrom D and grain effect. Also now focus ring lock can be assigned to the Fn button in recording mode.

Now, a minimum F11 aperture can be used and the motion correction for the G9 has been improved. Also the bug where the High Resolution Mode force-quit when switching to playback mode has been fixed.

Expect L. Monochrome D and Grain Effect on the G9, too, along with Maximum 20x enlarged view in MF Assist and Focus Ring Lock assigning to the Fn button in recording.

These firmware updates will be released on May 30th through the LUMIX Customer Support Site.

You can learn more about these updates at the GH5, GH5S and G9’s update pages.