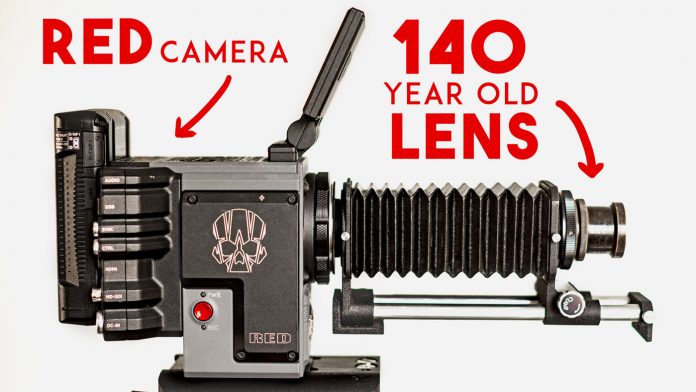 There’s many experiments out there that have combined a vintage lens with a modern camera, be we haven’t seen anything quite like this. Photographer and filmmaker Mathieu Stern decided to pair a 140-year-old lens with a 15,000-dollar RED camera.

The lens that Stern used was one of the first lenses to have an internal iris and was built 10 years before construction began on the Eiffel Tower. Stern paired the lens with a 5K RED camera. The results are stunning. Check it out:

“It’s been a dream for me to adapt a century-old lens on the highest technology available and see how the image would look,” Stern says. “After some tests, I found the best way to adapt the lens on the camera, and the first image that appeared on the screen was mind-blowing.”

The lens works surprisingly well considering it was made over a hundred years ago. Granted, it does help to have a RED camera backing it up, but for the most part many probably wouldn’t question the lens if  they hadn’t been told it was 140 years old.