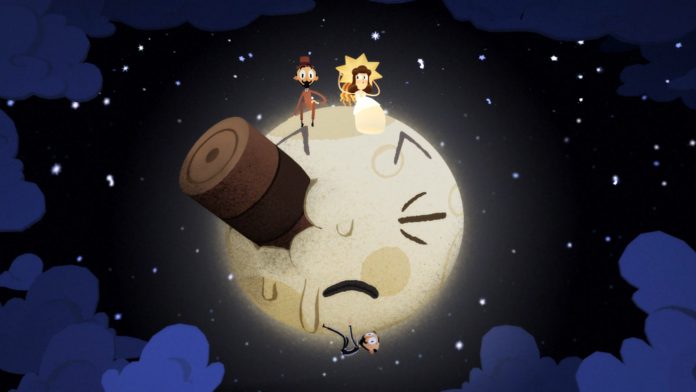 106 years ago to today, French illusionist and film director Georges Méliès’ masterpiece silent film The Conquest of the Pole was released. So in honor of Méliès, Google has created its first VR and 360-degree interactive Doodle.

The Doodle is called “Back to the Moon”, which is in reference to Méliès’ A Trip to the Moon, and stars an animated Georges Méliès himself as he adventures through numerous spectacular situations.

Mlis pioneered special effect and narrative film techniques when cinema was still emerging as an art form. The video is a magical retelling of his life’s work, recreating a few of his illusions, like duplication tricks and double exposures and a cache illusion that makes it looks components are disappearing.

The video really does utilizes VR in the best of ways and offers ton of replay value.

“In addition to being a magician, Méliès was an expert storyteller, so it was important for the Doodle to have a clear story. We approached it as if it were a ballet or play you watch at the theatre, where you get to choose where to look. In these situations, the spectator becomes the camera, editing their own film,” said Helene Leroux, project art lead of the Doodle.

There is a lot happening in the video at every corner, and while you can understand the main plot of the story, there’s plenty of little moments that you’ll miss if you only watch it once.

Back to the Moon will be included in the Spotlight Stories app, which works with Cardboard and Daydream headsets. It will also be released for high-end VR headsets through Steam and Viveport.