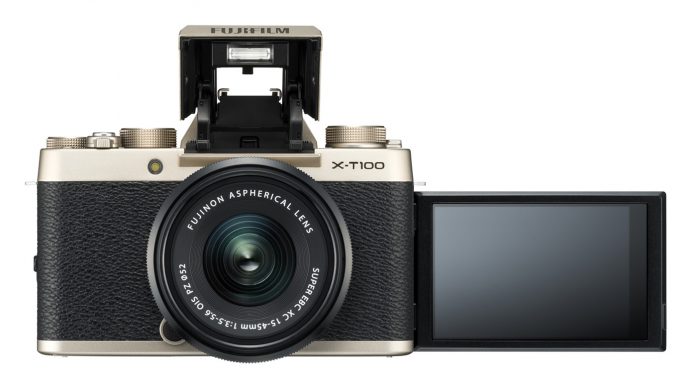 After Fujifilm’s accidental leak last week, we know that the camera sports a 24.2-megapixel CMOS APS-C, but it doesn’t use Fujifilm’s X-Trans color array. The camera does works with Fujifilm’s X mount Fujinon lenses. You can achieve 6 fps shooting up to 26 frames, which is double of the X-A5. It also has a 2.36-million dot resolution OLED EVF.

Now, the camera does offer 1080p video at 60 fps, but it only offers 4K at 15 fps. So, those looking to film 4K video will probably skip on the X-T100, since 4K at 15 fps is going to turn out super choppy. You can see an example of what that might look like below:

It’s design is similar to the X-T20

There’s a lot of similarities between the X-T100 and the X-T20, with their rear controls being almost exactly the same. There’s still four dials for tactile control and both offer a compact body. but the X-T100 doesn’t have a front dial.

Additionally, the new camera’s battery lasts up to 430 shots, but it lacks a grip.