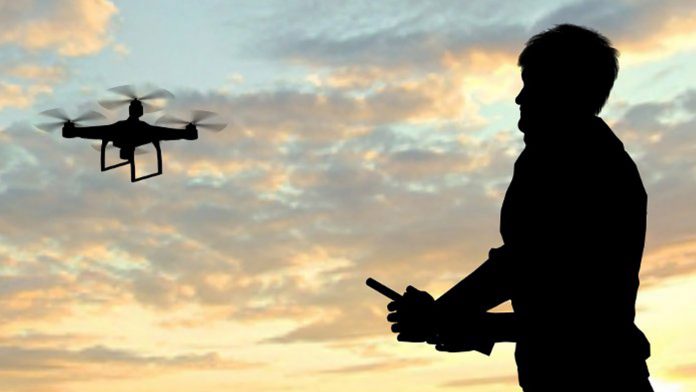 According to a stunning report from Defense One, criminals are progressively using drones for illegal purposes, highlighting an instance that happened last winter where a gang used drones to interfere with a hostage raid.

The report cites a situation where a “swarm” of small drones charged at a FBI rescue team in a series of “high-speed low passes at the agents in the observation post to flush them.” This incidence was described by Joe Mazel, the head of the agency’s operational technology law unit at the AUVSI Xponential conference in Denver.

The drones were so effective, Mazel said, that it caused the FBI agents to lose their situational awareness. “We were then blind. It definitely presented some challenges,” Mazel explained. The drones were also reportedly being used to surveil the FBI agents, using their video capabilities to tip off the gang of criminals. Mazel additionally said that the gang had planned this assault in advance, having brought the drones in backpacks with plans to use them once the FBI arrived.

This one instance is just an example of how drones can be and are being used in criminal agendas. Drones can be used to spy on police departments or used by robbers as a way to find gaps in security patrols. Mazel said that drones have been used in smuggling plots in Australia where the criminals monitored port authority workers.

Associate chief of US Customs and Border Protection Andrew Scharnweber told Defense One that drones are also being used to spot their officers, now replacing human scouts. “We have struggled with scouts, human scouts that come across the border. They’re stationed on various mountaintops near the border and they would scout… to spot law enforcement and radio down to their counterparts to go around us. That activity has effectively been replaced by drones,” he said.

There has been some measures taken to combat the criminal use of drones. For instance, the US military has deployed drone jamming equipment in Syria and Iraq. But if this technology was used in cities, it would most likely be a disaster because it runs the risk of interrupting mobile phone and airplane signals. There are a few laws out there that may help, like the law requiring drones to broadcast their operator’s identity. There’s also anti-drone guns that jam all radio frequencies a drone uses to communicate with its operator, but they’re illegal under FCC laws.

This is the unfortunate drawback as drones become more mainstream. While they provide society many benefits, not just to videographers, but to emergency services and law enforcement, they can also be used for bad intentions if in the wrong hands.