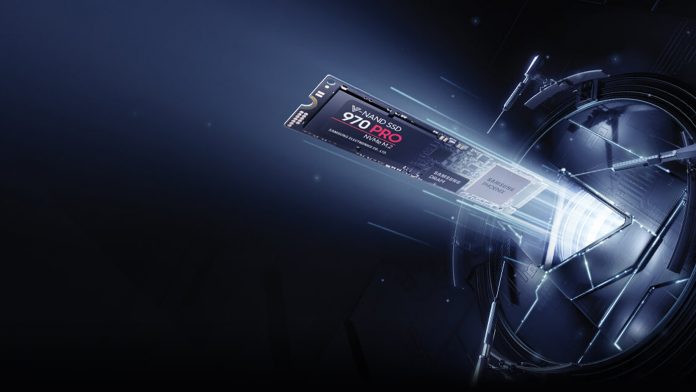 Samsung has announced the follow up to its 960 SSD series, naturally calling it the 970 series. The new generation consists of the 970 EVO and 970 PRO drives, which Samsung says set a “new performance standard” for NVMe SSDs.

“Samsung has led the NVMe SSD industry since its inception, and the company continues to define the latest standards of consumer storage with unprecedented performance of the 970 PRO and EVO SSDs,” said Un-Soo Kim, senior vice president of Brand Product Marketing, Memory Business at Samsung Electronics. “The 970 series sets a new bar in all aspects for the NVMe SSD market with groundbreaking performance, superior reliability and best-in-class capacity.”

Both the 970 PRO and EVO are designed with the M.2 form factor standard with the latest PCIe Gen 3.4 lane interface. All this, according to Samsung, “maximizes the potential of NVMe bandwidth, delivering unparalleled performance for processing large volumes of data.” Those large volumes of data could include 3D, 4K graphics work, high-grade games or data analytics.

How fast are they?

When compared to the previous generation, the PRO and the EVO’s sequential write speeds are 30 percent higher. This is due to Samsung’s V-NAND tech and new Phoenix controller.

Samsung proudly claims that the PRO and EVO are built to last.They feature the Dynamic Thermal Guard tech that help them keep from overheating by automatically monitoring and maintaining good operating temperatures, according to Samsung. There’s also a heat spread and nickel-coated controller to keep the SSD temperatures cooler.

Go to samsung.com to learn more about the EVO and PRO.