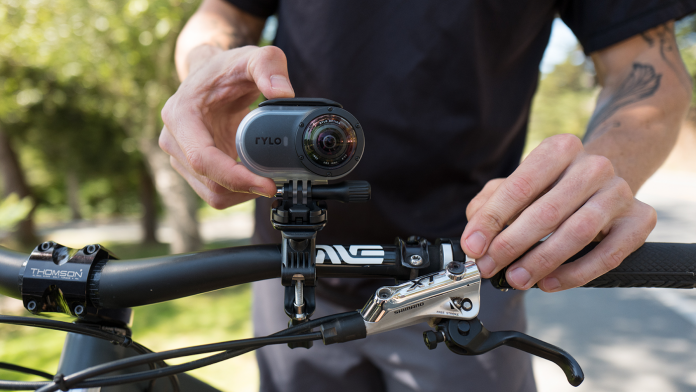 Rylo, the startup company behind the Rylo 360 video camera, is releasing a couple of new software features to further improve Rylo’s overall functionality and use as an action cam.

360 cameras offer a lot to the action cam market, but there’s a few things that they aren’t too good at, like being chest-mounted. Half of the video is going to be unusable. To account for this, Rylo is adding a 180-degree mode for its camera. The mode will make the Rylo a lot more flexible, allowing it to capture 360 video when it needs to and 180 when that’s the better option.

Rylo says that the mode will offer “increased resolution and better image quality.”

One of the initial complaints about the Rylo was there was no remote connectivity. But now, the Rylo will have Bluetooth remote capture, allowing you to switch between recording modes, start and stop videos, and take photos with your phone.

Users can now add Motion Blur to time-lapse shots. Once selected, the motion blur effect with be tied to the time-lapse speed. The faster the video is moving, the greater the blur. The effect will be visible once the video is exported.