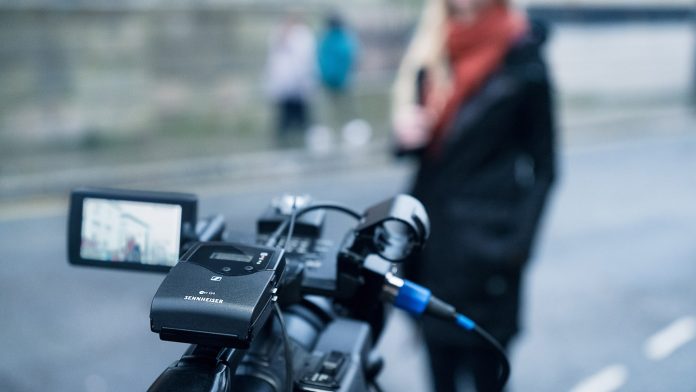 Sennheiser is getting ready to release the fourth generation of the popular ew 100-p series and the new 500-p series this April, claiming these new systems will “offer best-in-class wireless transmission for content creation, broadcast and film.”

“We are pleased to expand evolution wireless G4 with a highly professional camera series for ENG, film work, reporting, and content creation,” said Dennis Stegemerten, product manager for evolution wireless G4. “The new ew 500-p series features exciting set components such as the MKE 2 lavalier mic, which has been the professional’s choice for decades.”

Sennheiser claims that the user interface of the 4th-gen ew 100-p series will allow for faster set-up and better control thanks to 12 compatible frequencies. Additionally, the ew 100-p output power goes up to 30 mW. The housing for the SKM 100 G4 has also been made with lighter aluminum for easier use.

The 500-p’s housing is less sensitive to moisture, according to Sennheiser. Additionally, the 500 Series has up to 32 compatible channels and the SKP 500 G4 features phantom power and can be used with various different types of microphones, unlike the ew 100-p, which can only be used with dynamic microphones.

Both the ew 100-p and ew 500-p are expected to be released the middle of this month.

The new G4 series is fully compatible with all previous evolution wireless generations, so you won’t have to worry about having to replace evolution gear you already own. The base prices for the ew 100 G4 system starts at 549 dollars, while the base price for the ew 500 G4 system is listed as 899 dollars. You can check out bhphotovideo.com for all the different cofigurations avaliable for the ew 100-p and ew 500-p. For more information visit en-us.sennheiser.com.